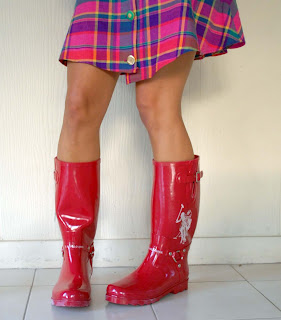 There are a few things I can’t resist. One of them is ridiculous shoes, and the other is a bargain. And when they come in the same package I can’t say “no.”  Besides, I heard the ground is always wet and sloppy in Germany. So I thought I’d need these.

Coincidentaly, I found this tutorial for cute socks. It’s great for anyone needing beginner DIY projects. I enjoy making things much more complicated for myself. So, I decided to make my own socks and embellish them. The following is the results in the form of an attempt at my own tutorial 🙂 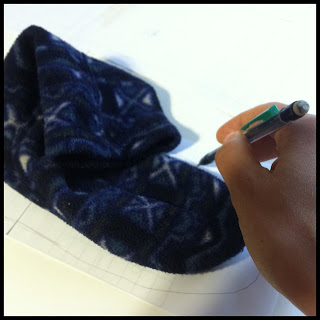 I got an old, crusty pair of fleece socks out of my winter bin. I identified, and traced, the three shapes that were used in their creation. I cut the shapes out. 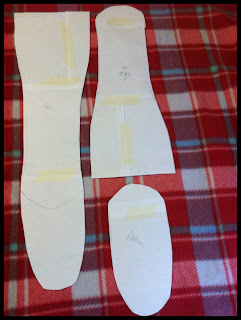 I used the paper cut-outs to serve as my pattern. I pinned them to fleece of my choice. (I made sure the stretch of the fleece was running width-wise) I also took time to laugh at this idea. Look at those shapes. I thought, “no way are these going to sew correctly into socks that fit.” I cut them out anyway. (If you attempt this you will need two of each shape for a pair of socks.) 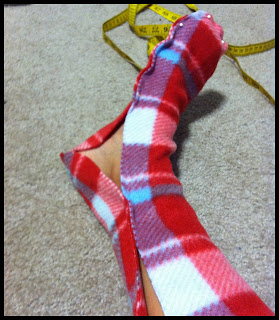 I thought it would be easiest to pin the sock around my foot first. I wanted to make sure things lined up alright. Nope. I barely had it pinned together and I had a gaping hole on either side of the sock. I almost stopped right here. I also thought I could put a patch over it. (I love patches) Then I thought, “what the heck? I should just sew it.” 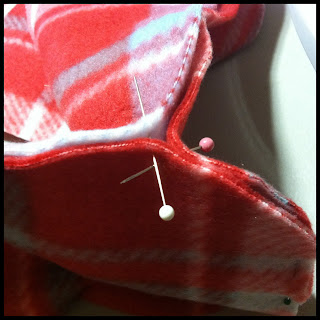 I took the sock off my foot and pinned it together. I pinched it where the three pieces came together and decided to use that as my starting point at the machine. 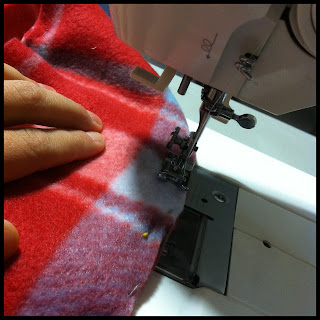 It was much easier than I thought it was going to be. I sewed four seams. The first was around the front of the foot. The second was around the heel. The third was up the left side. And the fourth was up the right side. (Using a lot of pins to keep it in place really helped. Fleece likes to stretch and move.) If you don’t have a sewing machine, you could totally do this by hand, it would just take a lot longer. But the good news is it’s football season, so I’m sure you’ve got some extra “down-time”. (pun intended) 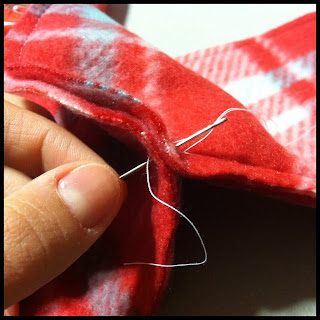 I had a lot of threads at the point of the tri-fecta so I tied all of the threads together to add security.
And then, the moment of truth. 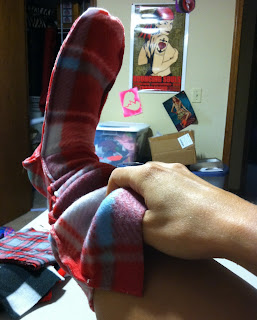 Would you believe the freakin’ thing fit? Awesome. 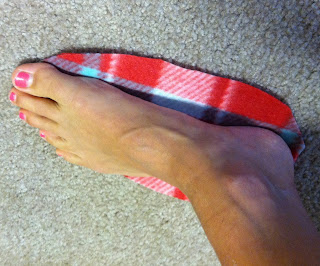 Who would have thought when the bottom piece looked this bad?
So I followed the same procedure on the other sock. 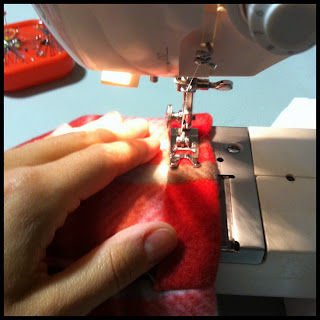 They both looked great, so I folded the tops over and sewed a hem around the tops. 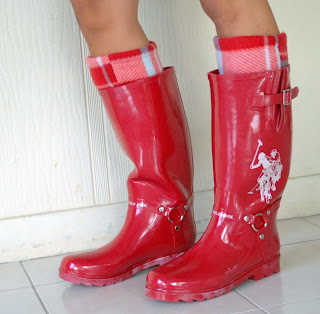 These look good right? I was pleasantly surprised. They only took me 45 mintues, start-to-finish. That’s good for a craft project. I should have left well-enough alone. But I didn’t. 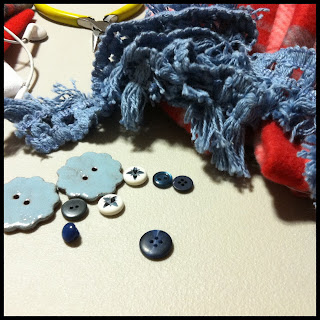 I was initially inspired by the socks in the tutorial. So I had to embellish mine along the edge too. I gathered up a few things I had lying around. They included some clay buttons made by my mom, some vintage buttons, and some vintage trim my friend Tara got me at B’s Yardstick. 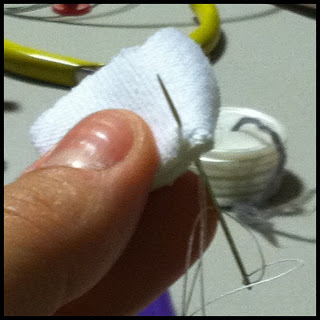 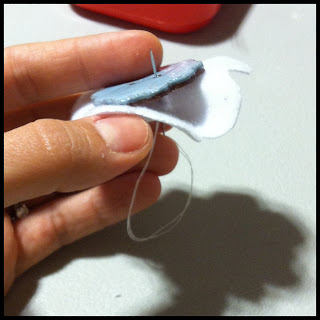 I hand sewed the trim around the tops of the socks. I used the buttons from my mom to make decorative flowers. I didn’t directly sew the flowers on the socks. I sewed them to pin backs. I wanted to be able to remove that part when I washed them. 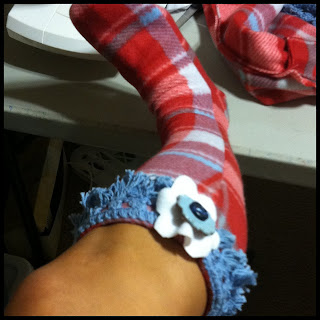 And here she is. I think it kinda looks like a sock with an evil eye….but cuter? 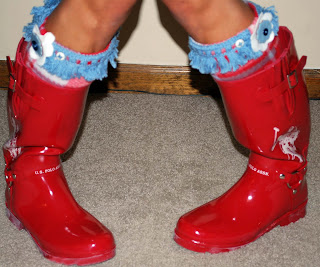 They’re pretty fun with the big, red boots.
In all, I would say this project turned out way better than I anticipated.