Skip to content
There have been a few moments here at Ft Rucker that have been REALLY fun and exciting. I try to participate as much as I can in order to broaden my (military life) horizons. One opportunity that has been offered recently is participation in Aviation Spouse Day. It’s like a “field day” for the spouses of soldiers going through flight school. You know I jumped right on this. When chosen to participate you get a chance to go through a “typical” day for your spouse. (sort-of) 59 other wives and I had a blast getting to know one another while attempting to put ourselves in our husband’s shoes. We went to the flight simulator and shot M16’s, M2’s, and the SAW gun. We also went to an initiatives (team building) course where you solve practical problems outdoors. The flight simulators were also on the program that day. I got to fly a Blackhawk 🙂 The last place we visited was a building called H.O.S.T. It is where they train the soldiers to survive a helicopter crash over water. CRAZY! I got to meet many great people, that put immense effort into my husband’s education. And palling around with some new ladies was pretty awesome too. Here are a few of my favorite photos from the day. 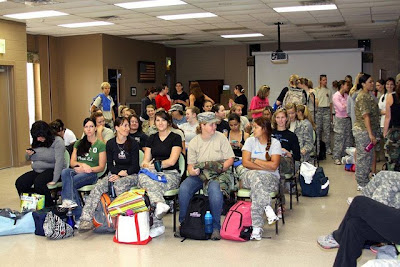 This is the briefing from the Commander, General Crutchfield. He is the most awesome CG I’ve ever known. (never mind the fact that he is the only one I know 🙂 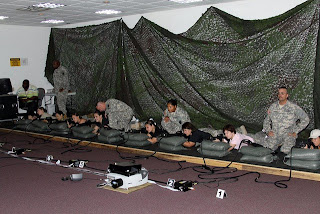 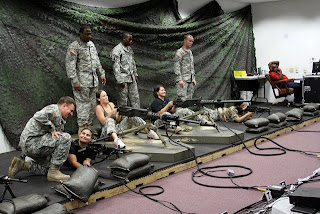 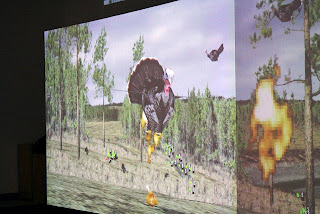 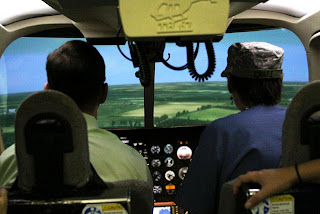 This is not the simulator I was in, but it’s pretty close. 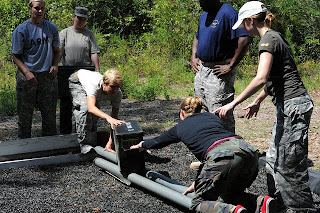 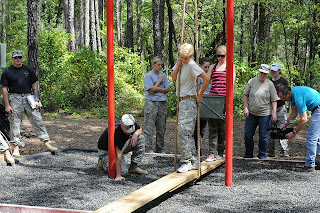 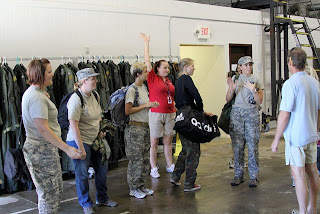 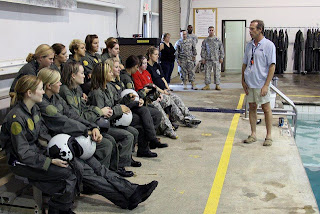 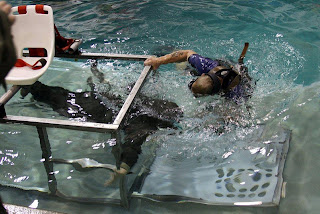 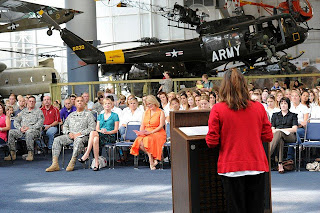 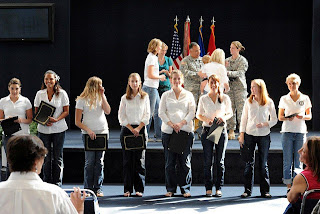 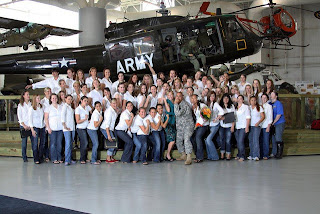