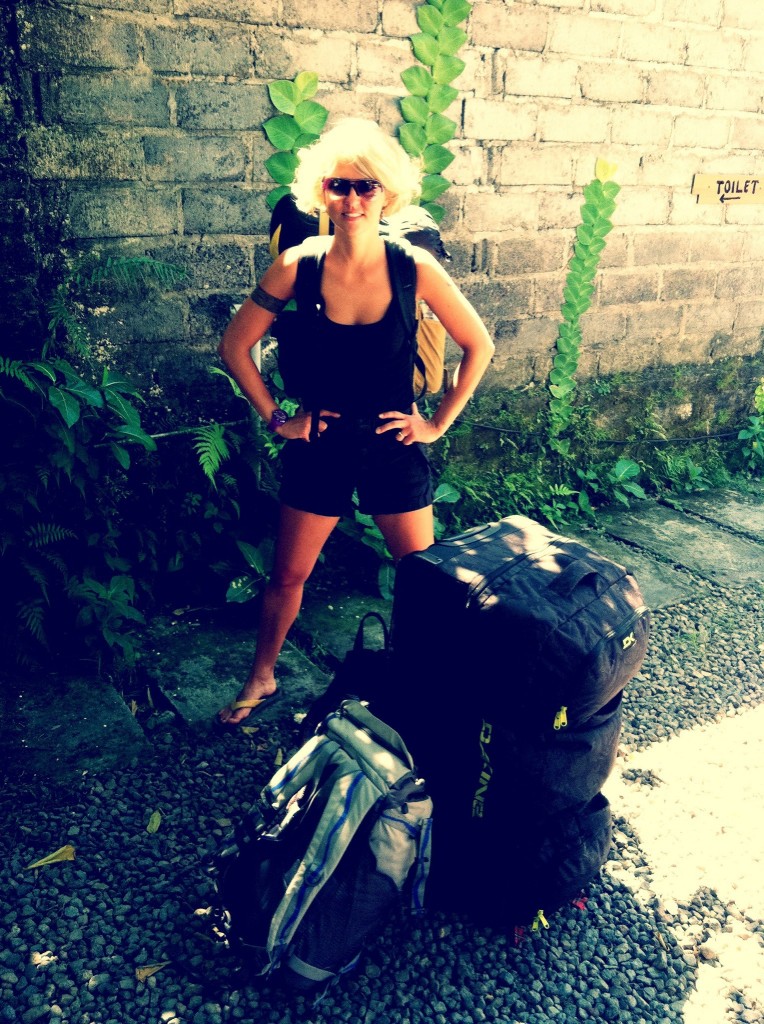 And a lot of that… 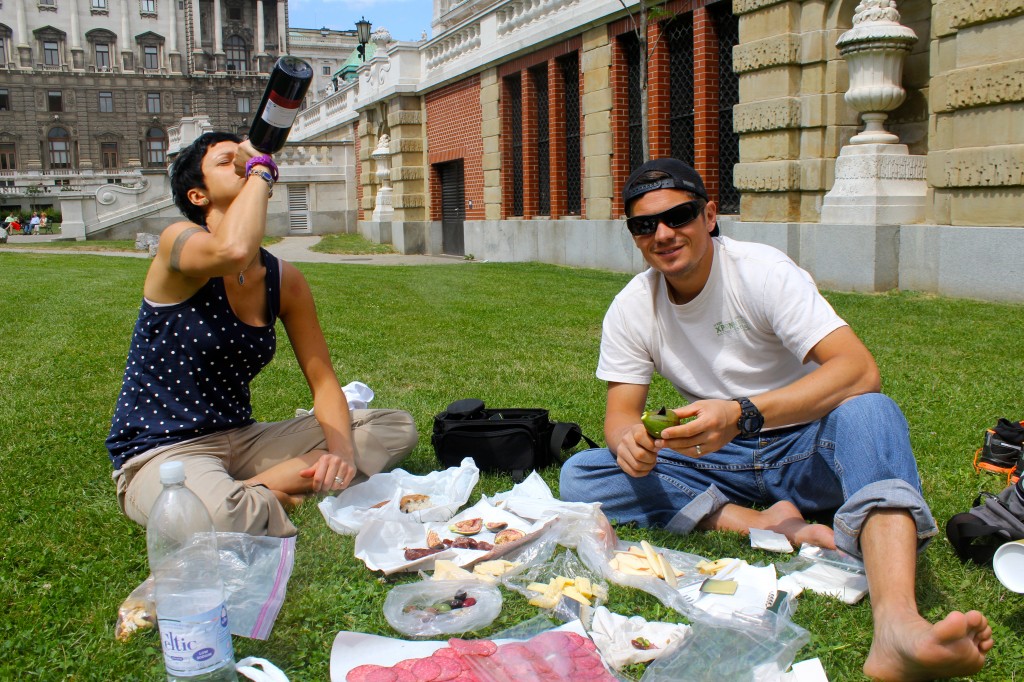 And I’ve always written about it frequently; going on fabulous adventures and sharing it here. For the past three months the blog has been a little slow. Initially I blamed it all on the move (from Germany to Texas) but I’ve got something more to confess. 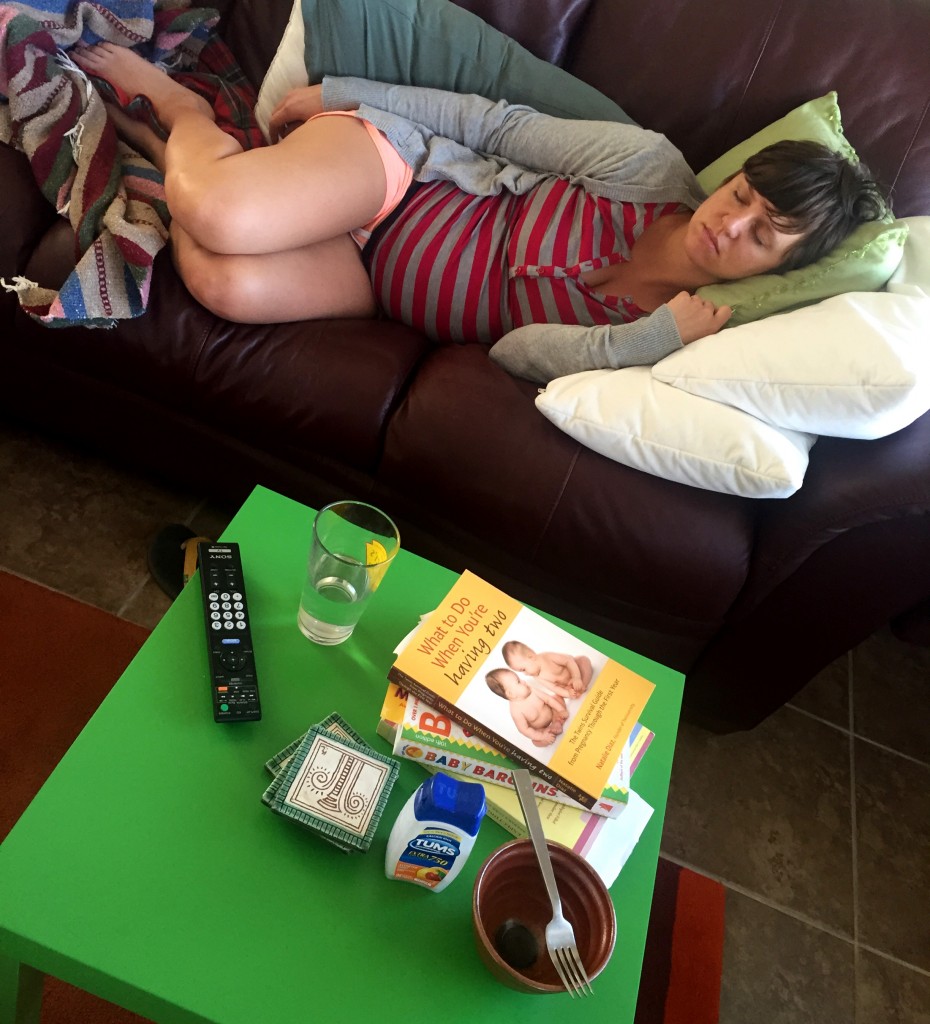 And this condition doesn’t show any signs of slowing. In fact, it grows.

I’m pregnant. It’s twins. And they are due this summer. It’s very wonderful, exciting, and life-altering news. For reasons of insecurity I’ve been holding off writing it on the blog for the past five months. But now I spill the beans. It is a recent vacation in Breckenridge that instigates my disclosure. There was absolutely no way I could write an article about Breckenridge, CO, and write about everything but snowboarding. You would all think I fell off my rocker. 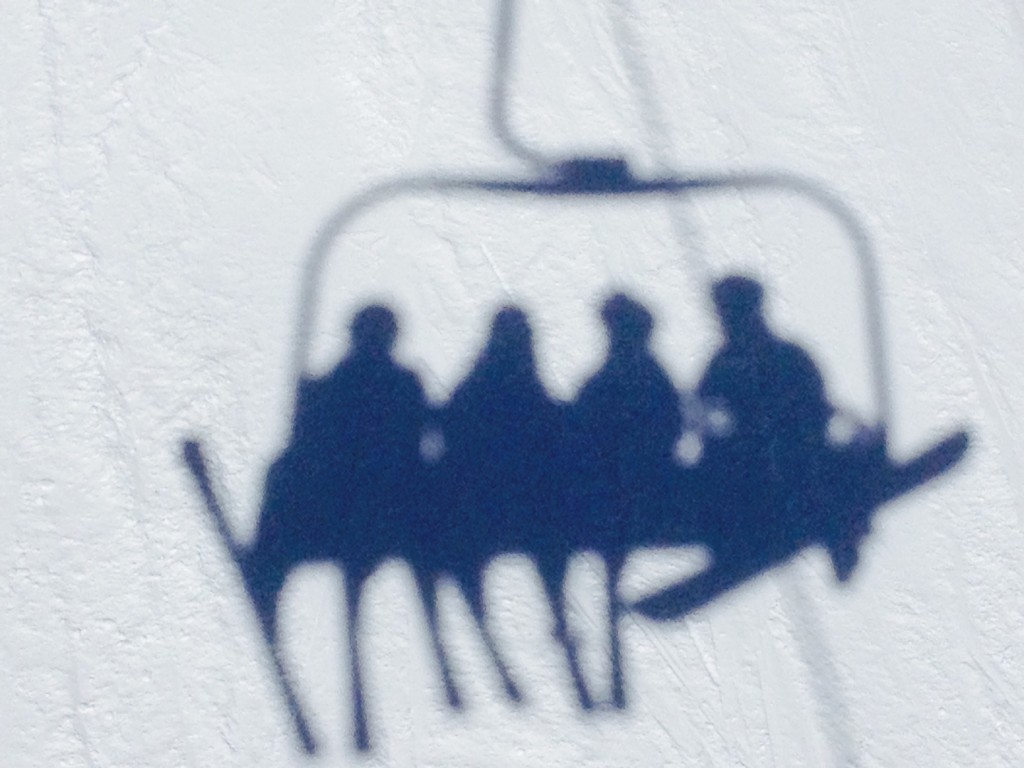 So here it is. A short tale of what a did on a ski vacation when I was unable to ski.

Breckenridge is located in Summit County, Colorado, at the base of Tenmile Range. The town sits at 9,600 feet above sea level. The ski resort tops out at 12,987 feet, staking claim to the highest lift in North America. I had a hard enough time breathing on the couch in our house. I can not begin to imagine the troubles I would have caused myself had I attempted to ride that lift to the top!

Nevertheless, safe and sound at just under 10,000 feet I took some time to explore and find out what the other half (non-skiers) does in a ski town. To my amazement, there was plenty to entertain. (especially if one’s wallet knows no limits) 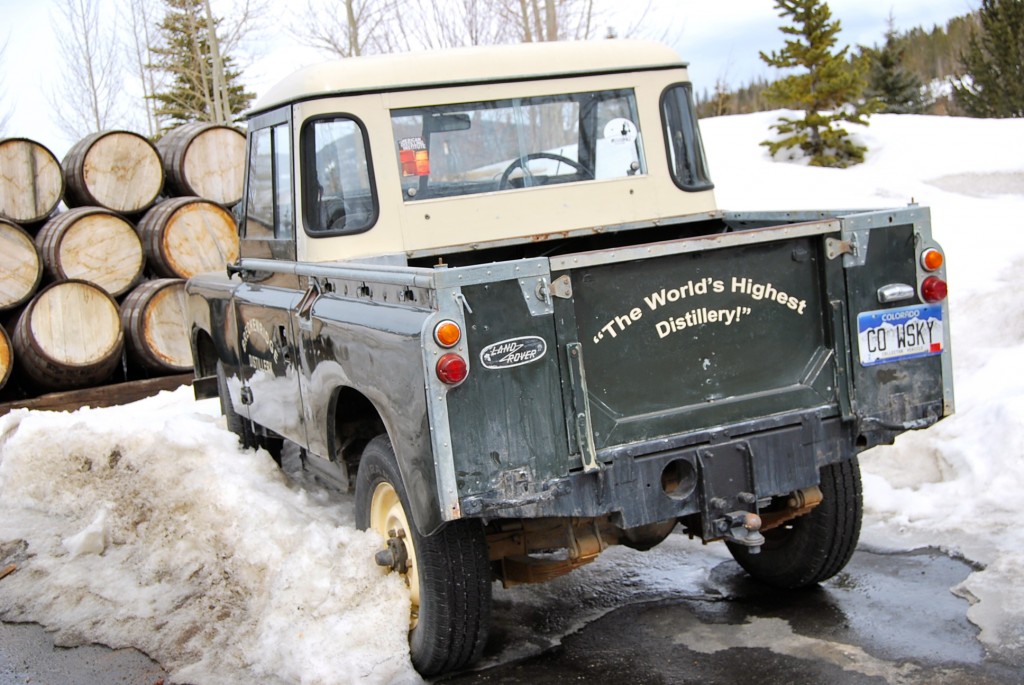 My first stop was the Breckenridge Distillery. It’s a young distillery that’s growing quickly, and has a fabulous reputation. They specialize in bourbon whiskey, but they also make vodka, rum, bitter, brandy, and a few liquers. I toured the 4,000 sq. ft. facility, which takes all of about 20 minutes, skipped the tasting, but left with a few goodies for friends and family. It’s always nice to encounter a small business with a great product and an awesome attitude.

You can shop for days on the main street in Breckenridge. A few of my favorite stores were The Spice and Tea Merchants, Joy of Sox, and Magical Scraps. Unfortunately I am not at liberty to disclose any of my purchases, as they were all gifts for others. But it is safe to assume that I bought some tea and some socks. 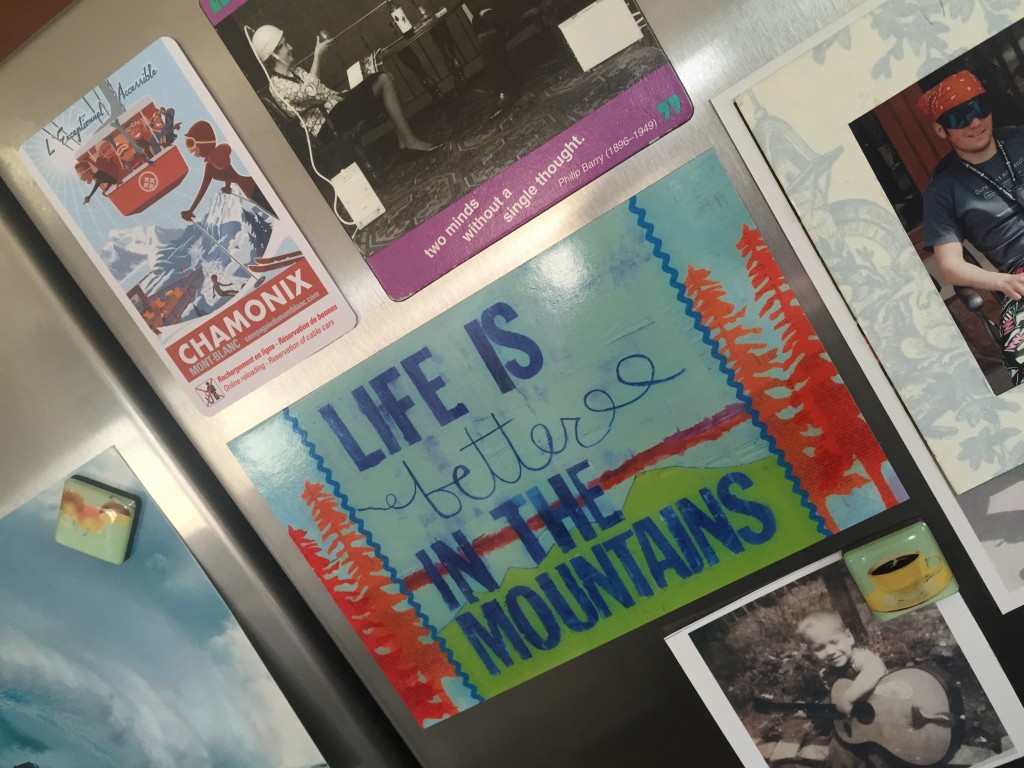 Oh, and I cool new magnet for our refrigerator. Normally I wouldn’t boast about a magnet, or even buy one for that matter. But this one spoke to me. I think you can see why. I bought it at Magical Scraps. It is by artist Lexis Krieg. Magical Scraps was the best boutique I’ve seen in a while. It had a sewing studio right in the shop…a maker’s paradise. As if the owner doesn’t stay busy enough with the normal runnings of a store, she actually finds spare time to sew. Many of the creations in this shop are handmade on site, but the owner also has done a wonderful job filling in other assorted goodies. 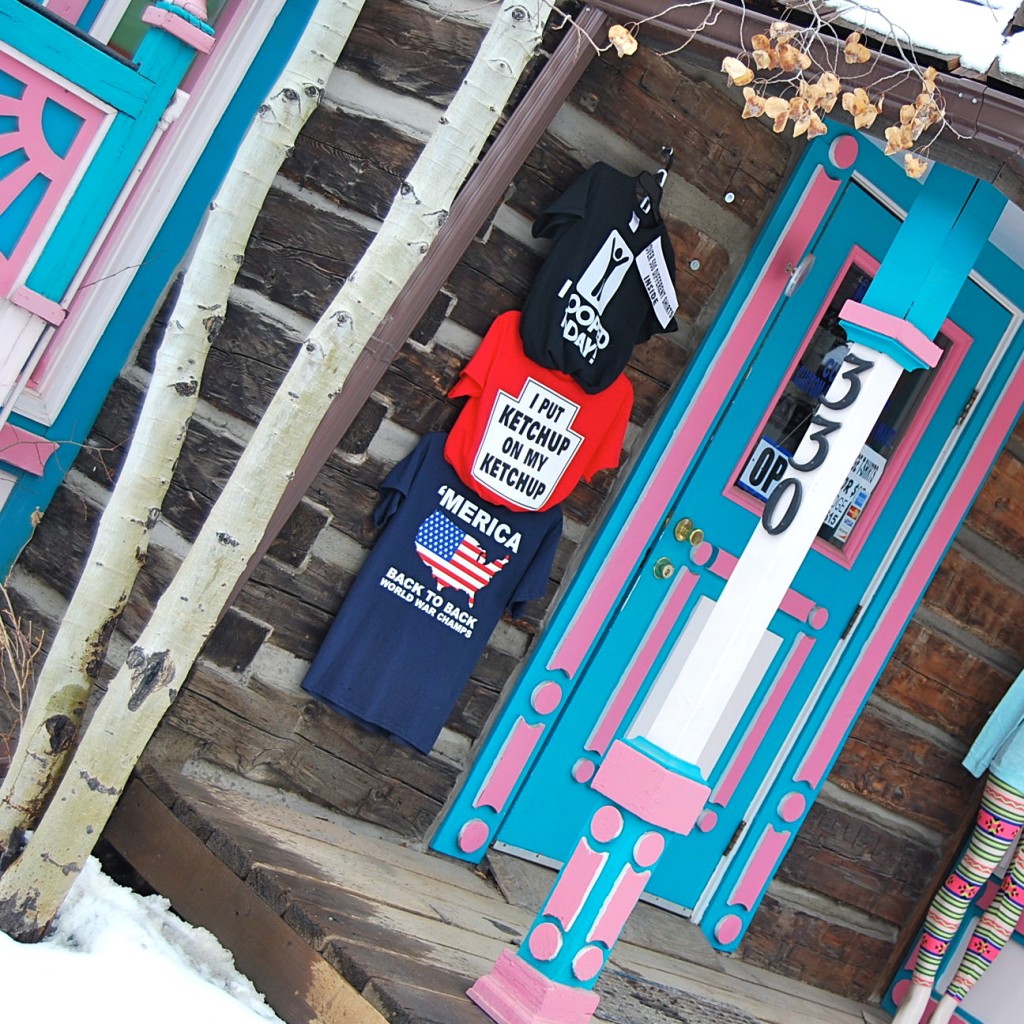 It isn’t often that I shop. So I’ve got to ask. Is there no limit to the stupid t-shirts that people will purchase?

Strolling up and down a street, deciding what to buy and what not to buy, receiving free hugs at each street corner from The Free Hug Club, and holding your pee for hours can really wear a pregnant lady out. So the next day I found a spa and got a massage. I haven’t had many, but it was my best massage yet. 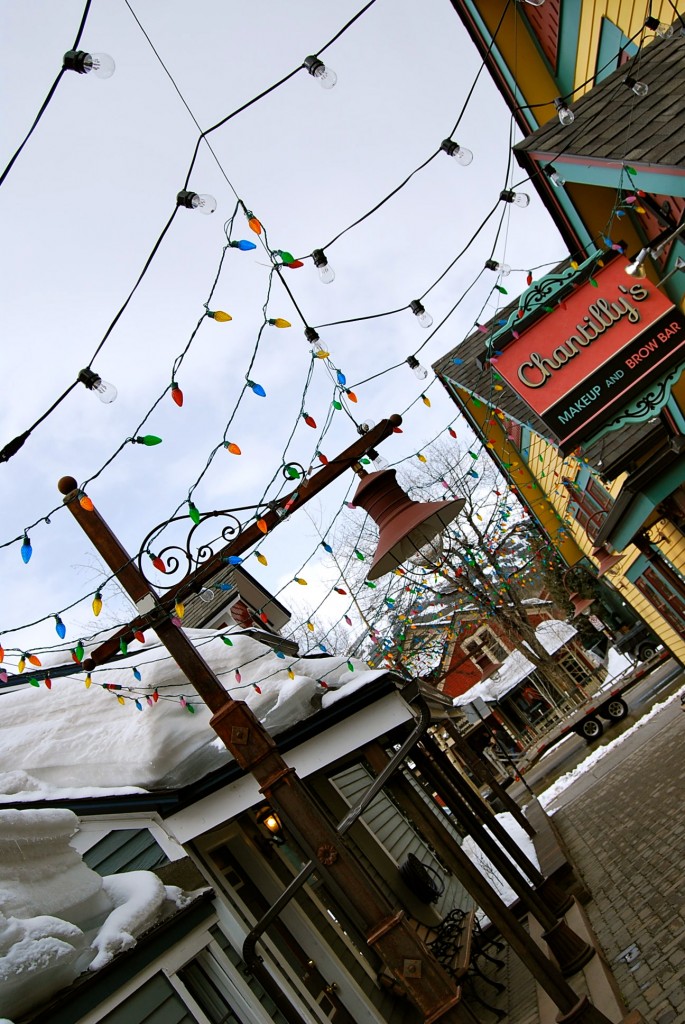 When I wasn’t touring, shopping, or receiving spa treatments I spent some leisurley time at home photographing my immediate surroundings. 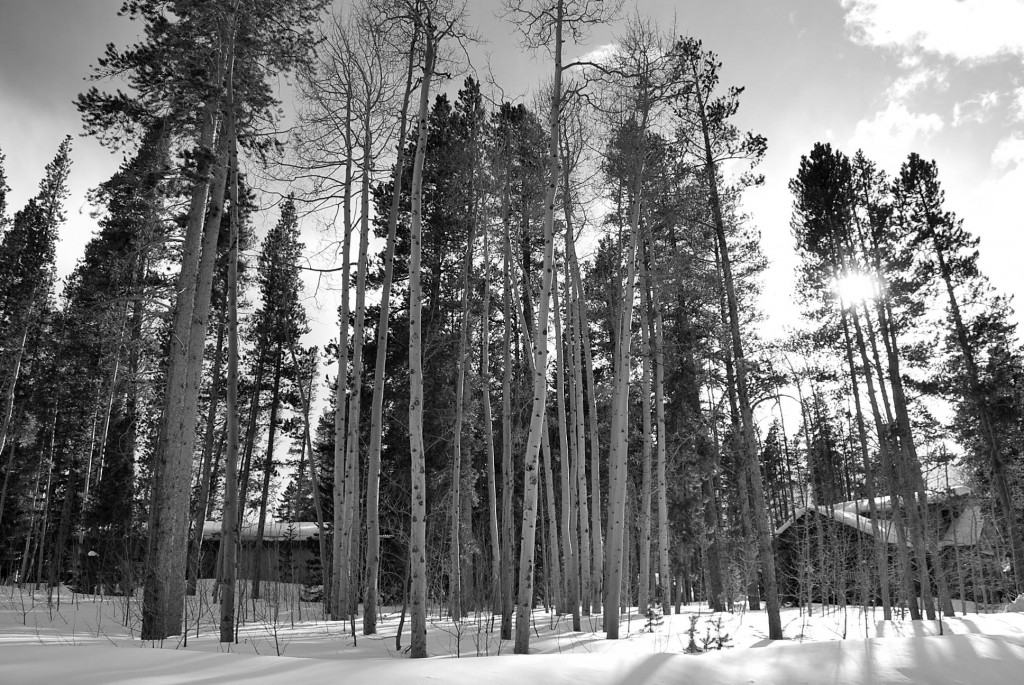 And then before I knew it the vacation was over.

One of my favorite parts of the trip was the drive. I am originally from the East Coast and, while this was not my first time in the West, it was my first time driving through the West. It’s roughly a ten hour drive from El Paso to Breckenridge. The entire drive consists of one straight road, but it is full of beautiful desert, mountains, varying foliage, big skies, cows, buffalo, horses, deer, roadside art, interesting shacks, friendly gas station attendants, and great beef jerky.

In addition to the town of Breckenridge we spent a little time in Denver, Truth or Consequences, and Santa Fe. 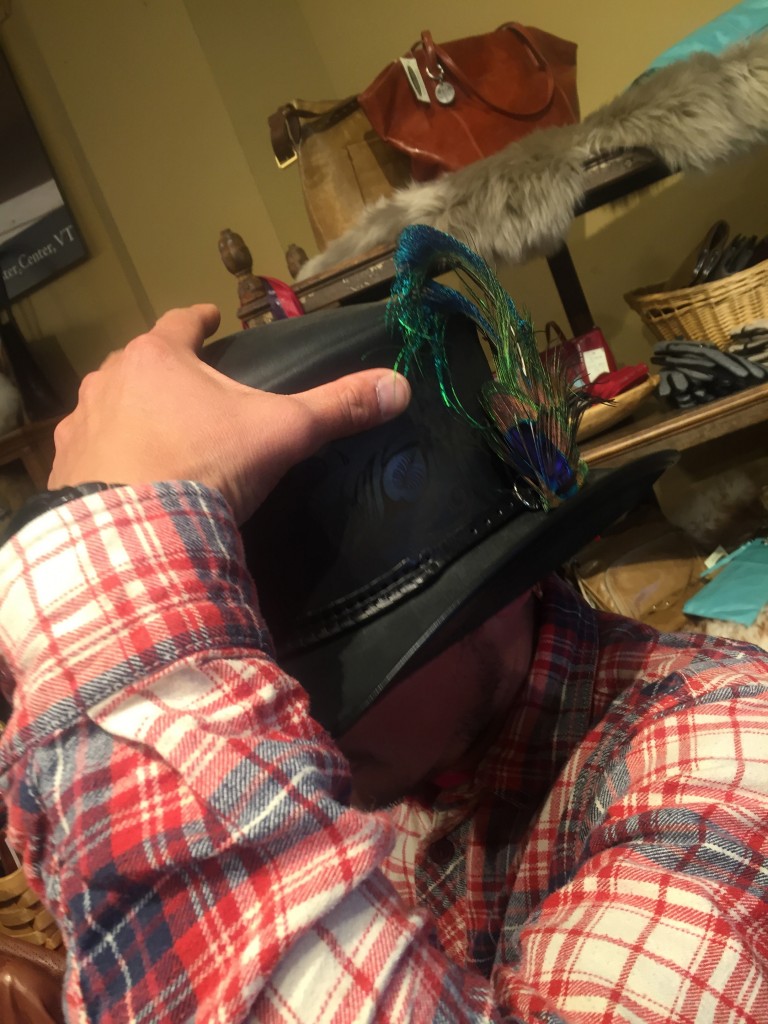 We spent a night in Santa Fe. It was a lovely night filled with Chinese food, ice cream, and gaping at gorgeously adorned cow skulls, leather goods, sheep skins, amazing boots, hand made rugs, and Indian art; a southwest lovers paradise. As had as he tried, Phil just couldn’t find a sassy cowboy hat that could replace his Tiroler Hüt. 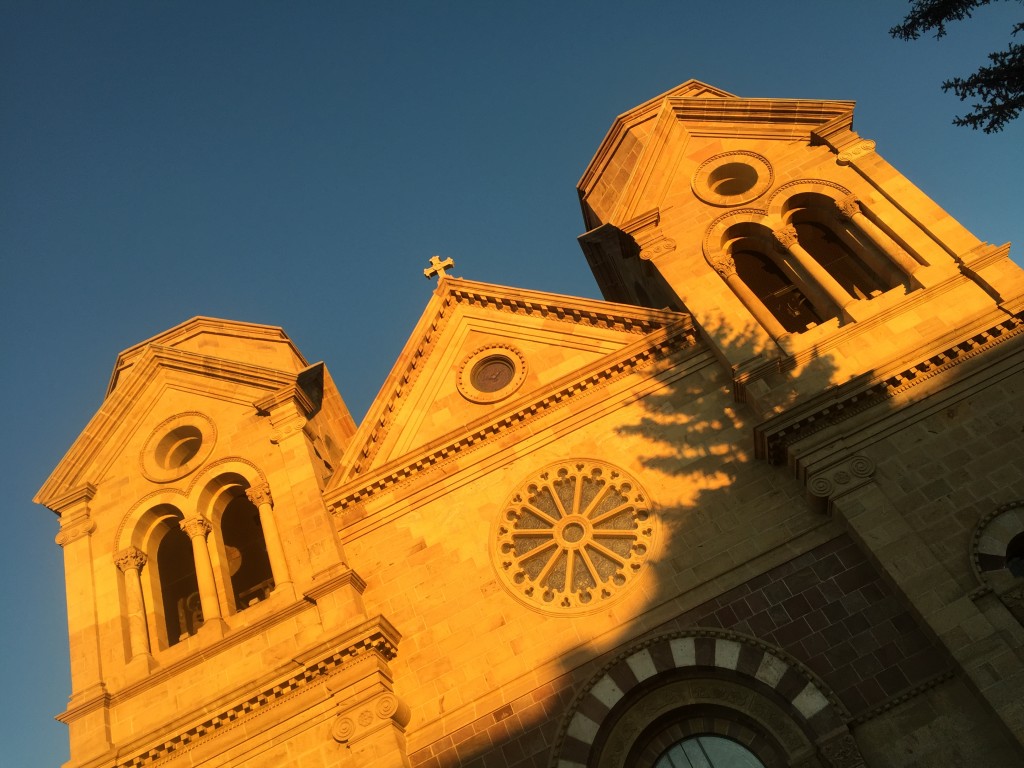 Unfortunately it was late on Sunday and the museums were closed. So we did not get to the New Mexico Museum of Art or the Georgia O’Keefe museum, but the unique style to the art and architecture on the street was enough to satisfy. 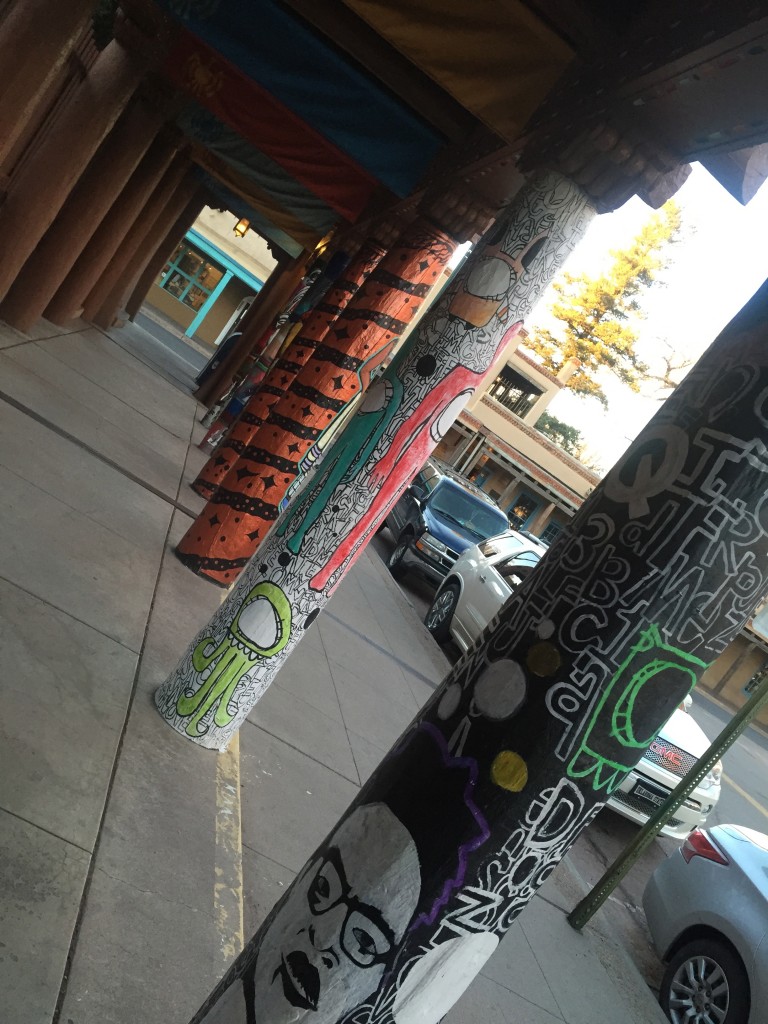 Truth or Consequences was an interesting and colorful, yet slightly neglected town where we had a nice lunch and delicious piece of pie.

Altogether it was quite a successful trip through my new geographic location. Hopefully, as pregnancy cooperates, there will be a few more where this came from…before Summer is here and my traveling life is over…for a while.