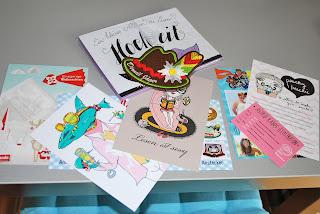 Today is my sister’s birthday. I’m excited for her. I love birthdays and holidays. They give me a crazy feeling in the pit of my stomach. I get so excited on my birthday-morning, in anticipation of all the fabulousness that the day will contain. It’s as if the world is open to you, (on your birthday) nothing is impossible, you know you deserve everything you want, and you are incapable of any wrong. It’s a pretty similar feeling to the “Christmas Morning” feeling. Today I think to myself that people should wake up every morning and feel like that. It shouldn’t be mentally reserved for enjoyment only on Christmas and birthdays.
I have had quite a few days in Europe that have felt like a birthday, even when they are not. I want to try harder to have those days, most days; that will unfold with one reward after another….an oysters and pearls kinda thing.
Saturday was a day that continued to come alive in new and satisfying ways. It started with a Christmas themed brunch. It was me, and about 200 of my closest Army acquaintances. (In writing that I am only being coy. I didn’t host the party and I didn’t know very many people there.) I had a nice time though. Santa was there, and it is always inspiring to see how excited children get for Santa. The children on Saturday got their photos taken with Santa and he gave them a gift. I talked to one little boy and I asked him which he preferred, opening the gift and tearing the wrapping, or playing with the gift. His answer was unwrapping. I think that would be true for most of us. He claims that, on Saturday at the brunch, it is the fastest he’s ever opened a gift….and he was pretty pumped for what was inside.
After the brunch…I mean after the candy, crepes, cookies, and hot chocolate with extra marshmallows I went to a bazaar in Fürth. It was the Oscar Selbesgemacht bazaar; maybe you remember me mentioning it. I didn’t sell anything there. I just went to scope it out for next year. It was, definitely, a cool bazaar. I’d say there were about 30 vendors, all German. There were painters, photographers, jewelry makers, sewers, knitters, and musicians. I walked into the event at the time that a German Bosa Nova band was playing. There was a stand-up base and everything; it was cool. I was glad I had a tie on. The craft fair was on two levels. There was a lot to see, and potentially purchase. I did what every customer does at a craft fair. I walked around and did a single (all encompassing loop) without committing to anything. It was interesting to turn the table on myself. It’s been a while since I’ve walked around a small bazaar and didn’t have to get back to my own booth. I took my time and savored the delightful feelings of a shopper; as compared to the anxious feelings that I can create as a seller. I saw a mini kimono I wanted. I even tried it on. It was beautiful, soft, silky, unique, and reversible. It was exactly what I look for in fashion accessories. I didn’t buy it. It spoke to me on the hanger, but my reflection while wearing it didn’t speak to me. I hate when that happens, but making a purchase (for me) is an intricate action. I settled instead for one pin, a couple of cards, and postcards. The pin is the hat with the feather featured above. It says dirndl chaser. A dirndl is the traditional dress worn by a German girl. I don’t really chase dirndls, obviously. I just really liked the hat.
If I have peaked your interest in shopping at a hip, German handmade market there is still time. Here is a flyer for next weekend.

If you would like to read about the rest of my day in Germany, visit the journal.