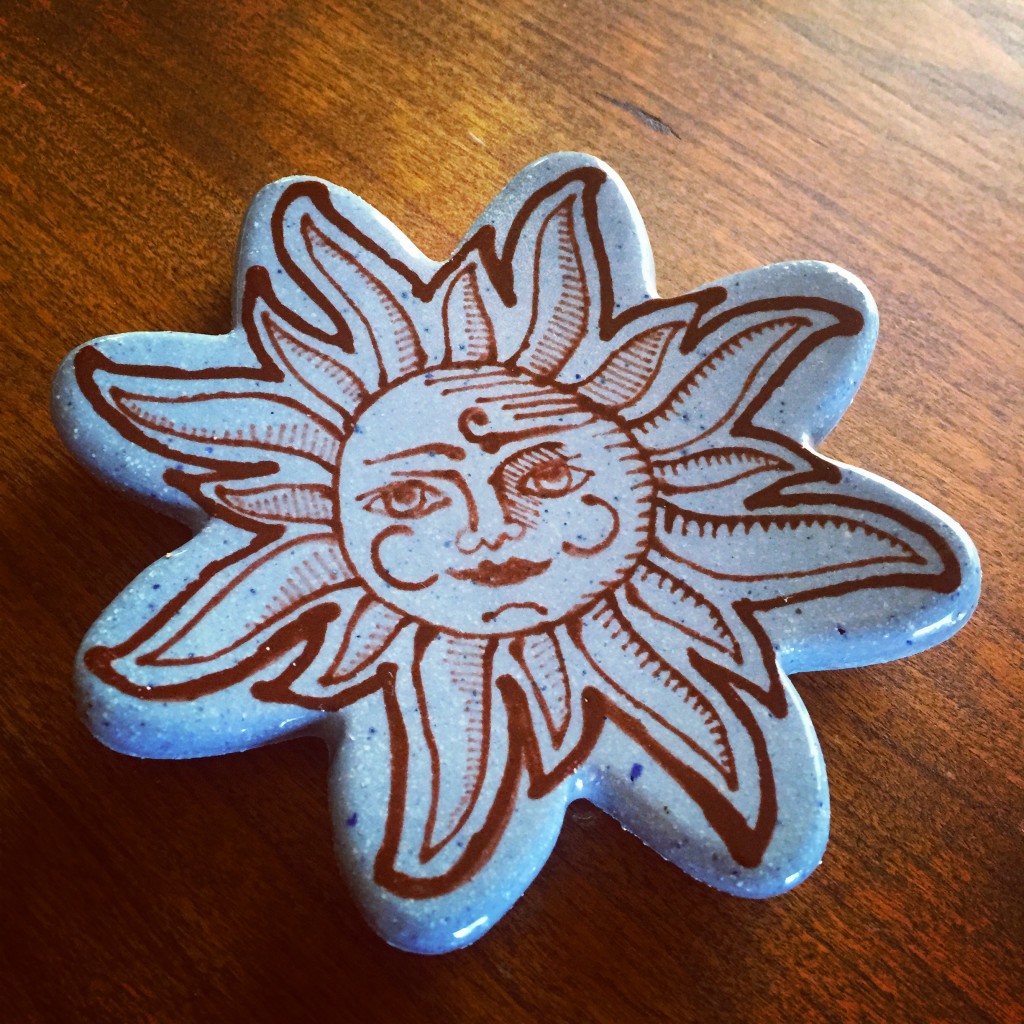 Today I have a bit of an interesting story to share. It’s about the happy accident. You know what I mean. It’s when you’re just doing your chores and Fate steps in and says, “Hey! We’re really gonna make this worth your while.”

You weren’t even trying to do anything out of the ordinary, but something cool happens anyway. And it’s as if the powers of the universe are trying to reveal themselves to you. 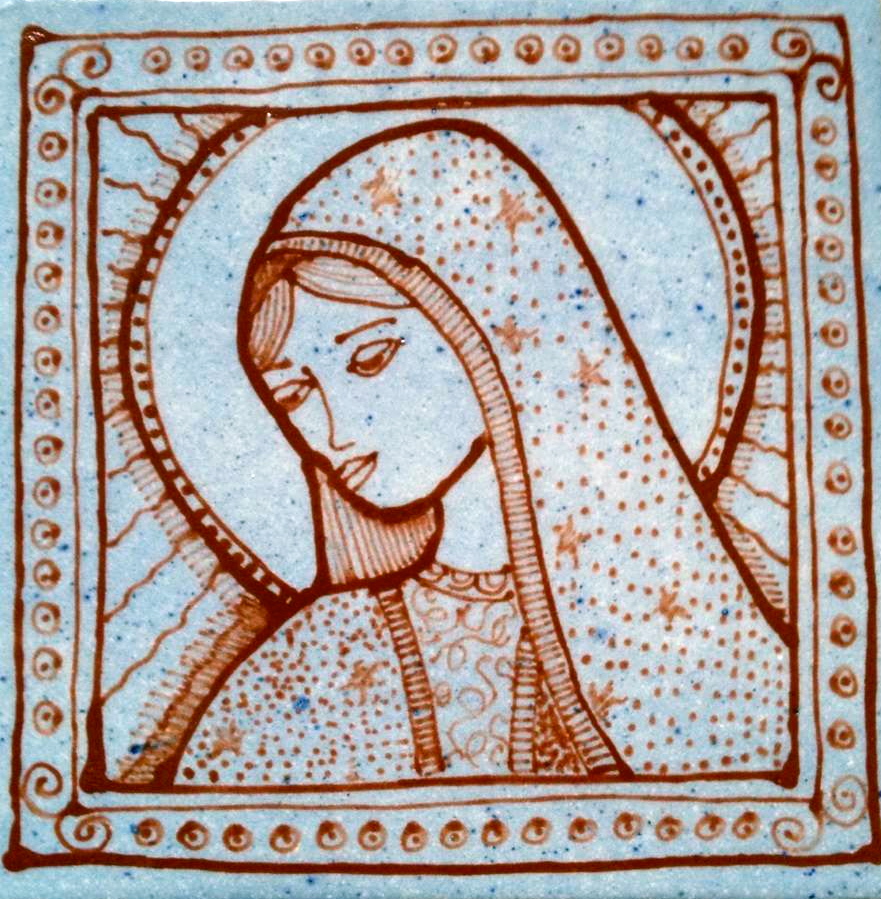 My mother is an artist. Her preffered form of expression is hand building with clay. Mind you, she is also highly skilled in the art of mosaics, she’s a psuedo-expert seamstress, her muffins are the best, and (in her old age) she’s become quite the dancing queen. Like most Creatives she can make anything she wants, but I’d say that clay is at the epicenter of her art world.

Also like most Creatives, my mom saves everything. You just never know when a swatch of fabric, broken necklace, or styrofoam tray is going to come in handy. Why waste…and want? My mom always saves all the clay that she ends up not using in her work. In her studio she has large “dump” buckets filled with water and clay scraps of matching colors. I’m pretty confident that this is true of all clay artists. Clay is bought in large quantities, hunks are ripped off the block at the beginning of new projects, and the hunks are rolled, spun, molded, and trimmed into the desired objects. As you can imagine, the trimmings pile up fast.

Well, mom piled the trimmings into buckets for almost 10 years before she got around to the task of recycling it. After 10 years I don’t even think you could call it a task. I think when that much time goes by it’s officially a job. Luckily mom lives near an art center; which means she didn’t have to do all the recycling by herself. The art center has a machine called a pug mill. It’s essentially a machine that mixes the used (and potentially dry) clay with water continuously until it forms a uniform clay body with respectable plasticity. By the time the job was complete mom had 400 lbs of fresh clay! For those of you who are not creative; this would be like filling a 5-gallon water jug with loose change, taking it to the bank 10 years later, dumping the coins into the automatic counter, and finding out there was $5000.00 in the jug. Totally awesome.

My mom’s buckets were basically divided into red/dark clays and white/gray clays. One of the white/gray buckets contained a bunch of clay that was a bit funky (for lack of a better description) and a bit dry, but she threw it all in the pug mill regardless. Being that this batch of recyclables was the most interesting, it was also the first batch that she tested. Here’s where we get clay-techie. Mom made some test tiles. (She rolled the new clay and cut out small squares about a half an inch thick.) She then bisque fired them in the kiln. (cooked them in an electric pottery oven at roughly 1700°F) She discovered that the clay turned slightly blue. Weird. Next, she fired the same tiles up to cone 6 (just over 2100°F) and they came out totally blue. Weird. And awesome.

This is what we, in the industry, like to call a happy little accident. The occurrence is random, yet synchronous in the potential it adds to the craft.

A few more tests to prove the consistancy of the new clay color and mom was in business. She had created for herself a new clay that fired to an amazing shade of blue. She used the clay to make pieces for her inventory. A few examples are featured above. She also shared the clay with friends. All the while racking her brain to figure out why the clay turned out blue. She’s got a couple of theories, but no definite truths. If you’ll notice, the finished pieces have flecks of dark blue. (gettin’ techie again) This would indicate that the clay became colored with cobalt oxide somehow. Of course, wouldn’t we love it if the clay was tested and it turned out that my mom had stumbled upon a new mineral. Or if she figured out that it was something in the Jersey water. Wether Science or Fiction, I believe it shall remain a mystery.

One detail that is not a mystery, however, is that this clay produces beautiful work. For a limited time my mom, and a few of her friends will be working with this clay. Here’s a few examples of this clay made by her extremely talented artist friend, Babara Hanselman. Babara makes wonderfully inspired jewelry, among other things. She has a beautifully illustrated website where you can read about her work, past to present. 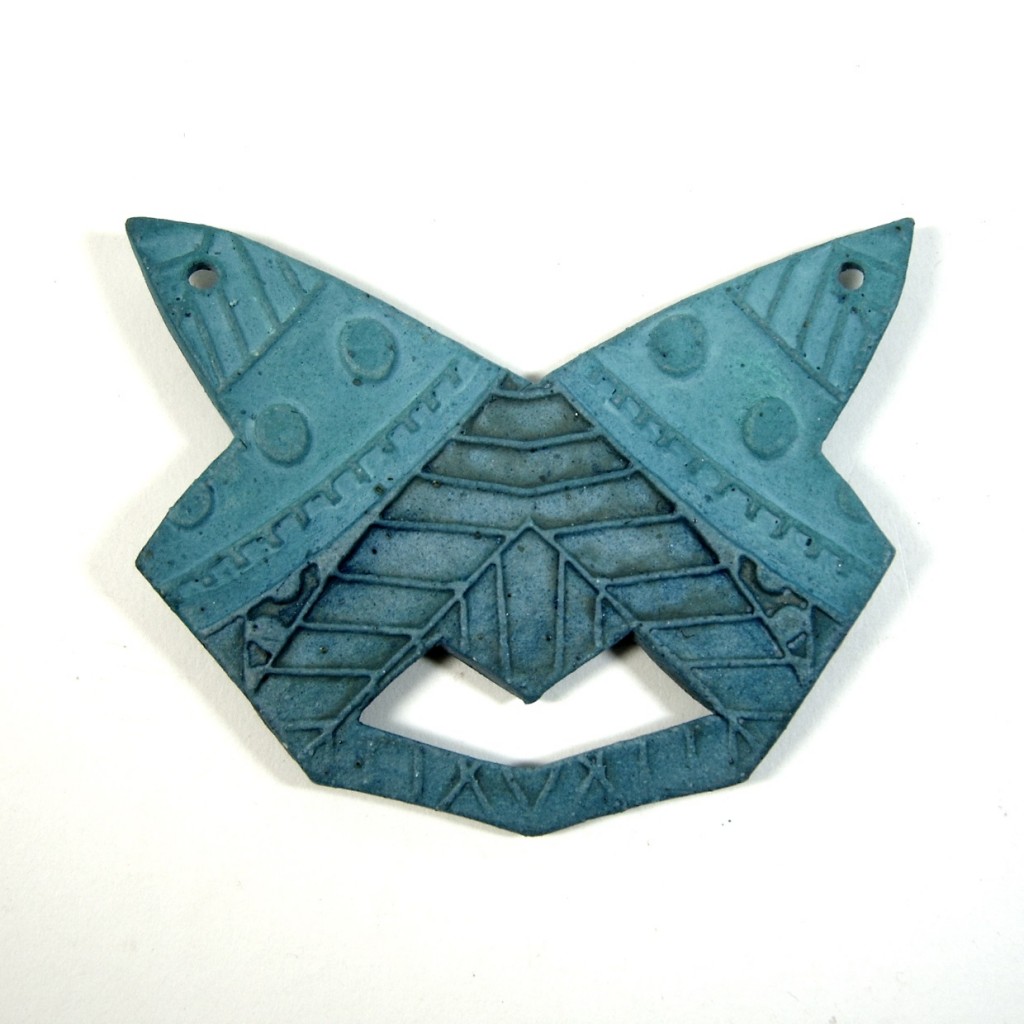 You can also find Barbara on Etsy. 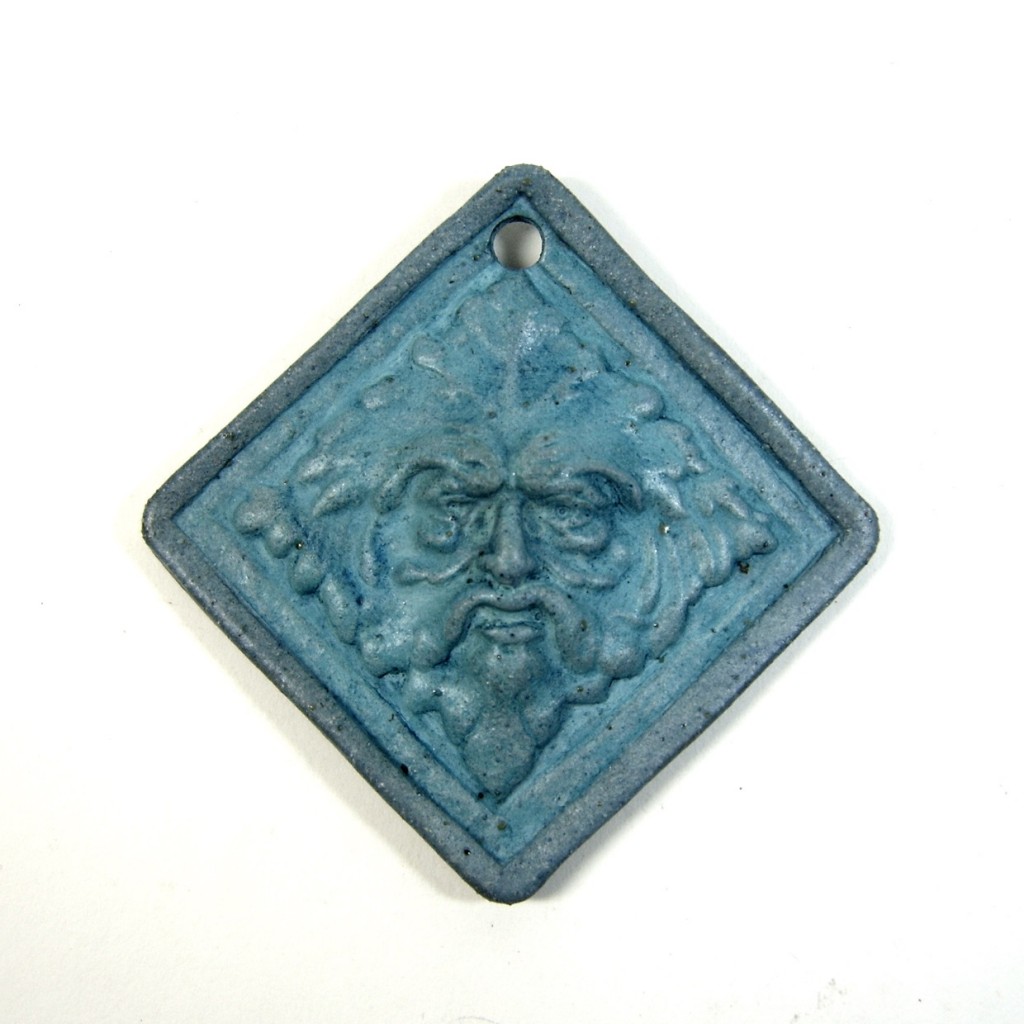 And for the record, my mom has a name other than mom. It’s Kathy Casper. Her company is called Regeneration Clayworks. You can find her clay works on Etsy. I’d like to say that her sites are complete and you can feast on her entire oeuvre. They remain works in process however, serving you but nibbles of inspired genius. Like half the artist population she just can’t seem to make time for mass media.

And I, like all know-it-all daughters, continue to needle her about this topic, but also continue to use my own space to boast about her ideas and accomplishments.