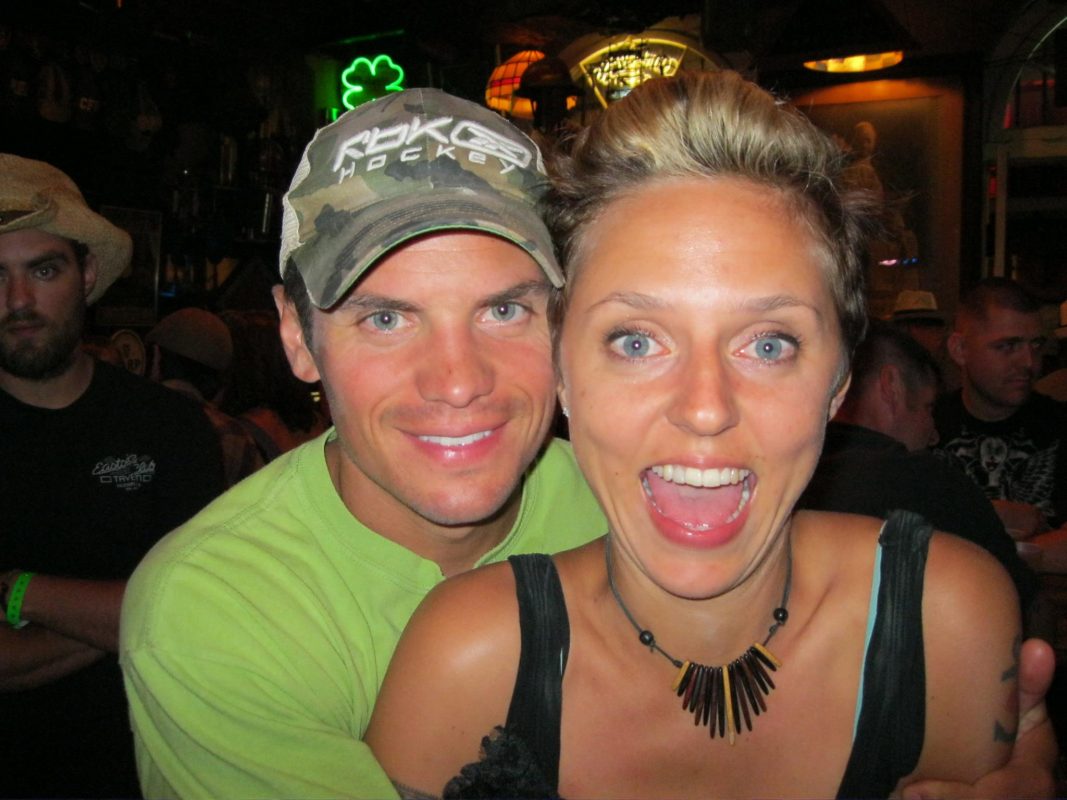 We’re all growing up way too fast. As life goes by in its flash we are propelled in curious directions. I was just talking to a guy the other day that made the (ever popular) comment about how his life was not what he would have imagined it to be; and despite his happiness, 10-15 years ago he never would have pictured himself in his current standings. I stood there with him, barefoot and turbo-pregnant, in my unfinished basement of my new house piled high with boxes and junk, while my two children pretended they were mixing beer with baby spoons in old baking cups, and I thought to myself, “No shit.”

I’m confident that anyone, at any chapter of his or her life, views it with a certain level of disbelief. Like waking up in a fog you wonder, “How did I get here?”

Especially when you stumble upon a box of old photo albums. You open them up and see your old self, and smile, and think, “How much am I still that person? So much has changed.”

Phil and I met while working at a ski shop in New Jersey in the fall of 2003. It wasn’t long after that we became friends and then started dating. We were dating for less than a year when Phil proposed. I was really surprised. (Like, so surprised that surprised isn’t even the word I should use) In my bewilderment (Yes, I think that’s a better word) I blurted out the word yes. We’ve now been happily married for 13 years. We will soon be bringing our third child into the world and it’s impossible not to reflect on the past. In doing so I smile judiciously at those two fun kids in our old photos knowing all the mischief they will run through before they actually morph into the sensible adults we are today. 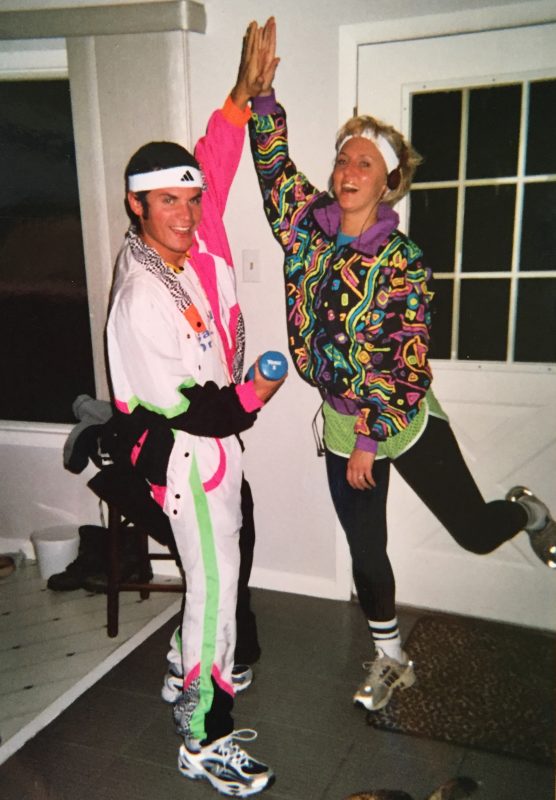 This picture is Halloween of 2004. The photo is significant for a few reasons. It is proof that Phil can be a good sport on Halloween. On this particular date he didn’t just wear the clothes. He was the over enthusiastic, bouncy, and friendly 80’s exercise enthusiast. All night long. And his beer pong game was on point. As if I wasn’t already smitten with him, I was quite impressed since I had dragged him to a party where he knew no one. Needless to say, he knew everyone by the time we left. The photo is also significant because when we went thrift shopping for these costumes Phil had already purchased my engagement ring. As we were paying for our second-hand purchase the cashier was rather chatty. He asked us if we were dating. We said yes. He asked if we were going to get married. I said no, that neither one of us liked marriage. (Which I thought was totally true at the time) The cashier did not like marriage either and advised us to stick with our mentality, that marriage was a mess and we’d be a lot happier without it. Meanwhile, Phil was sweating bullets, wishing this man would shut up because he had changed his mind, decided he wanted to make me his wife, and already had the ring!

We were married in September of 2005, and had an absolute blast at our wedding. The honeymoon was amazing, and the adventure kept rolling along. Phil had gone to school to be a pilot. I had gone to school to be an artist. It was the perfect pairing for a life of diversity and continual change. We were up and down, and in and out of boxes, and barely in one place for a year before we were on to the next. 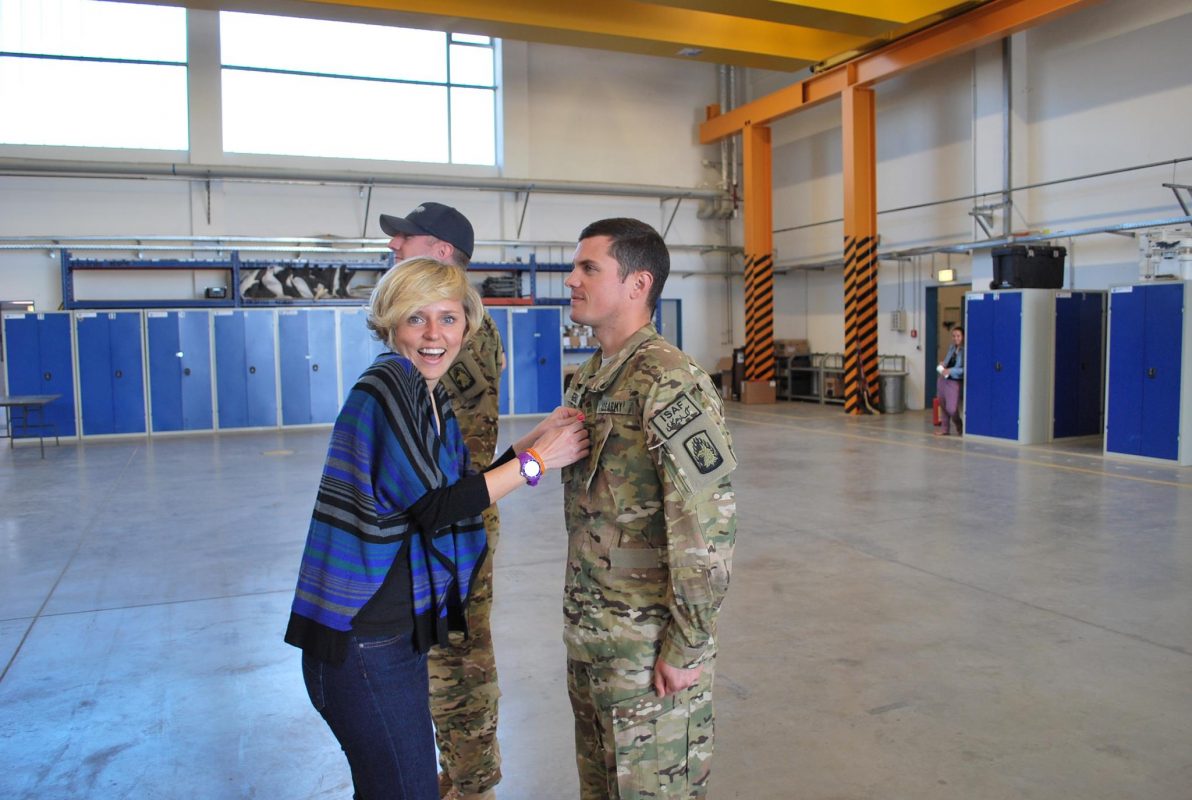 Then Phil decided to join the Army to fly helicopters. Life slowed down a bit, but got no less exciting. I had my reservations about becoming an army wife, but it proved quite ideal for the life of an artist, and flying helicopters suited Phil perfectly. The highlight was galavanting around Europe for three years.

Recently Phil’s commitment to the Army ended and we decided we were ready for a change, a change that might bring with it (eventually) less change. That’s when I got pregnant one last time, Phil got a job as an airline pilot, and we bought a house in Denver. In addition to airplanes, Phil still flies helicopters for the National Guard. I will continue painting and sewing despite my added responsibilities. I’m fortunate to have a few commissions lined up this year to keep me motivated to create. 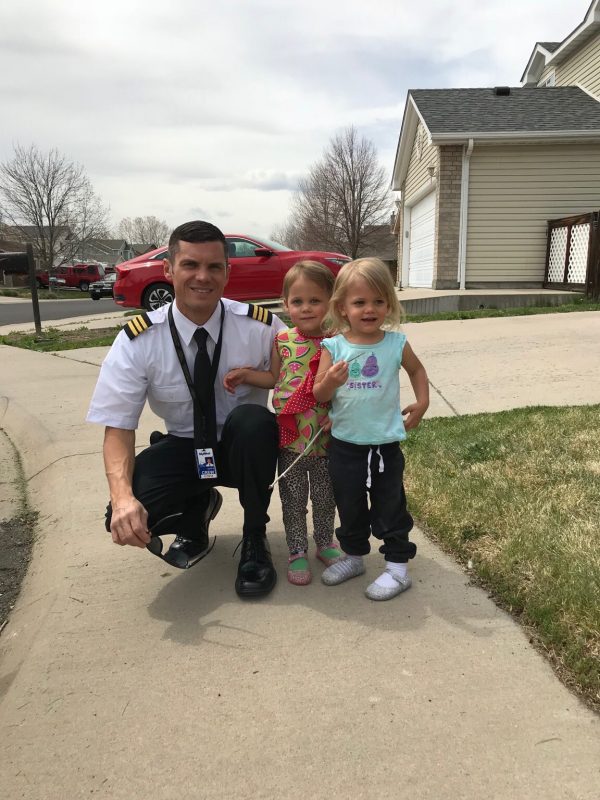 And this seems to be life. The sideburns got a lot shorter. The bombshell is a lot less blond. A significantly less amount of beer is being consumed. There are less weekend getaways and nights on the town. There is more budgeting. There is more cleaning and organizing. There are more small repairs. There has been a significant increase in falling asleep before 10:00 pm. Life is certainly not always fun, not always easy, and not always glamorous. I know when I’m arguing with a two year old, or being bullied by two, two year olds, I can really despise some choices I’ve made. But when I look at the whole enchilada, nothing is missing and I don’t need to leave anything out. We got it all. 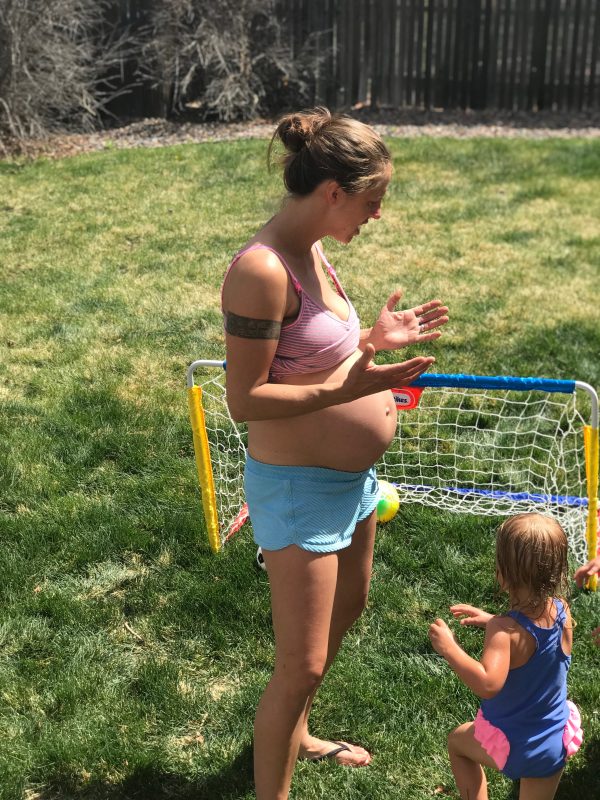 And yes, I’m still me. Just because I’m a parent doesn’t mean I can’t have fun. Fitting in the fun is the part that is now trickier, but luckily I’m inventive and energetic. I hope you have the patience to stay tuned, as I fumble through raising three babes and still attempt to find time to make art and document my life. I appreciate you. Thanks for reading.