If there is one thing Florida Scarf is NOT known for, it’s a “legacy of brutality.” So when my friend Nora told me she wanted a MISFITS hoodie I was at a bit of a loss. Despite the lack of gory print fabric in my studio I decided to take the challenge. It is, after all, her thirtieth birthday and I felt the need to recognize the young punk still inside her.
I love Special Orders. They are a great way for me to expand my creativity and supplies. It’s the best excuse to shop. On a normal special order I make the customer five or six to choose from. Due to my extreme lack of MISFITS supplies I figured I was going to be lucky if I could put together one for Nora. The town where I’m living in Alabama isn’t exactly a punk-rock shoppers dream so I had to resort to online shopping. I went straight to Ebay. YIKES. That website is crazy. Maybe I’m crazy because I had never tried it until a couple of weeks ago. I got out bid on every old t-shirt I tried to buy for four bucks. Go figure. I didn’t want to learn how to compete on Ebay for one logo so I got creative. I decided to make my own logo and MISFITS illustration for the hoods. It worked out great. And I was able to come up with two! And she liked them both! I think her sister got one, score Rosie. The main components of the hoods were soft and cozy, black, white, and red fabric. (very punk rock) I then added some of my own personal touches like cool buttons, handmade patches, a bit of neon animal print, and a touch of camo. I was super stoked on the results. 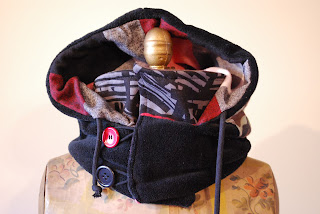 This one had a super rad collar that I handmade and sewed in the middle. It can covers your face if need be. But it adds a lot of style I think. 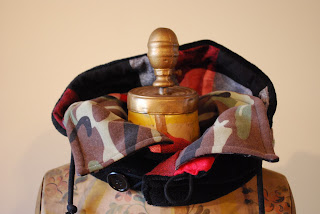 See? The collar is camo on the reverse side. Killer, huh? 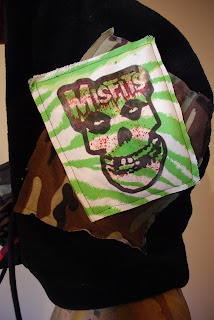 Isn’t it so cute how the logo looks bloody? I’m sure this is her mother’s favorite part. 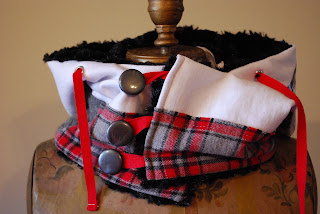 This is the second hoodie. It’s a bit more school girl prep-punk. (like those ninjas in Kill Bill II) 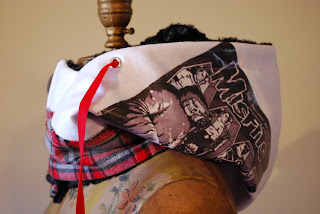 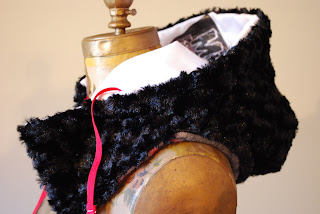 This one looks great in reverse with the fur on the outside.

Nora works all the time. So I had to mail the hoods to her job. She was pretty pumped when she got them, so she took a few shots of Florida Scarf on the job. I would have preffered a portrait with the water cooler, but a cubicle with two computer screens will do. She is such a Nerd!
Happy 30th Birthday Nora! You always were way more punk than me.

Sent from Nora’s iphone. I gotta get one of those.