Skip to content
Recently (like every Wednesday for the past two months) I’ve been catching this online talk radio show. It’s called NY Brand Lab Radio and its hosted by Mary van de Wiel. This week’s episode was about tapping into your creative beast by recognizing your defining moments in life. Listening to this show was great. Not only was it inspirational, but it made sense. Recognizing the events in your life that helped shape you (for good or bad) will help you have a better understanding of who you are and what you’re capable of. And in my case, can help me understand this small business (of sewing scarves and being creative) that I am trying to grow and maintain. I enjoyed it so much I decided to give myself the challenge. My results are summarized below. (I’m sorry, but I spent so much time working it out, that I had to put it somewhere for at least one other person to read.) I encourage you to have a listen to the show and try it yourself. You’ll be surprised by what you come up with. 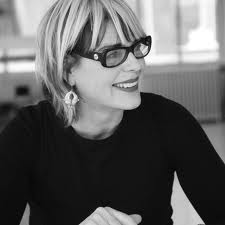 Once I actually sat down and put the pen to the paper the writing wouldn’t quit. Memories just began pouring out of my pen. Places… events… people… I couldn’t stop. Once I had over twenty I forced myself to stop because the tripping down memory lane was causing me to use decreasing amounts intelligence in my selection of moments. Life gets long when you start to recount it. As much as I was enjoying the process, the purpose was getting clouded. (Be wary of this if you attempt the project.)
So I discarded 75% of the list and here are the first five I thought of:
Yearly trips to Mexico with my mom and sister.
This began when I was eleven and continued until I was 17. These trips were in lieu of any Christmas presents. My sister and I always had the option, and we always chose Mexico. Who wouldn’t? If I wrote out all the parts of my life influenced by these vacations we’d be here through next Friday. So If I can’t say it all, I won’t say anything. (except that I love Spanish music, beer, tequila, tile floors, sail boats, hammocks, swimming with fish….sorry I said I wasn’t going to do that)
I learned how to celebrate life and appreciate culture.
Thrill seeking with Uncle Dan.
Most memories I have of time spent with my uncle are fun and ridiculous. It is with him that I rode my first roller coaster. He took me skiing for the first time, and all the times that followed. He taught me how to jump and clear the railing at my grandparent’s house. Oh, and he always used to force me to watch Saturday morning wrestling. We would wrestle during the commercials until my grandpa got mad and yelled because we were shaking everything on the living room shelves.
I developed a love for sports and activity, but in a non competitive way.
I wasn’t allowed to shave my legs until I was 16.
Growing up this was really devastating, as any female could imagine. Now that I am thirty I can appreciate why my mom did that. Incidentally, I also had to wait until I was 16 to die my hair.
The same time I was granted this ability to explore my femininity through soft, smooth legs, I was also given permission to chop all my hair off and dye it bleach blond. Doing both was a bit of a contradiction of actions. This is definitely a theme I carried my entire life. I can spend a long time doing my hair and make up to then let it go to waste by putting on baggy shorts and a t-shirt.
I love anything that is an opposite, contradiction, or contrast. Nothing too aggressive, of course.
My grandmother.
I’m sorry because this is a person and not an event. But so many things that I am, are because of her. We lived with my grandparents for the greater part of my childhood. I didn’t play with any kids in the neighborhood. So a lot of my early childhood memories are just of kickin’ it with Gram. Again, I could go on forever here. I consider myself quite fortunate for having the opportunity to build such a great relationship with her, and my grand pop. Such things are a rarity in modern America.
Be thrifty. Sacrifice yourself for those you love. Never leave the house without looking your best.
Getting Married.
This is the absolute last thing in the world I ever thought I was going to do. My mom’s never been married. Why bother? I’ve never really liked (or trusted) anyone else that much. It was my husband’s idea. For some reason, when he asked it struck me as a great idea. I’ll never know why. He thought for sure I was going to say no. I said yes and we’ve both been incredibly happy ever since. Obviously marriage has ups and downs. (like life) But there isn’t any other place I would have rather been these last six years than with Phil. He’s the man.
P.S. our six year anniversary is this Saturday.
Through marriage I’ve learned to think about someone else other than myself. It has taught me consideration, confidence, and responsibility.
It would be such a perfect world if all the traits I’ve written here are expressed through my art. This year that Phil and I have spent in Alabama is the first year I haven’t had a “real job” since I was 15. It is an uncomfortable, and exciting, thought. Our time here has afforded me the ability to learn about myself and what I want. I have also had time to work on my skills and get better at my crafts. The next chapter in our lives will soon be unfolding. It will definitely be a huge career jump for Phil. I hope it turns out the same for me.
Thanks for reading through this whole post. (Even if you only read the highlighted words. That’s what they were there for.) It was my intent that it be informative, slightly entertaining, and motivating for you, to in turn, focus on yourself. Sometime soon 🙂

2 thoughts on “Shaving, Mexico, and Other Defining Moments”