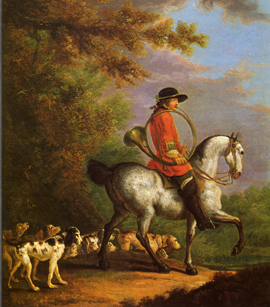 Saint Hubertus is the patron saint of hunters. His feast day, November 3rd, marks the formal opening of the hunting season in Europe. He was born in 656 (or so) and lived for about eighty years. He was the son of a Duke, a worldly young man, and found immense pleasure in the noble past time of hunting. After his wife died giving birth to their son, Hubertus retreated from the world wishing to devote himself entirely to hunting. Little did he know; a great spiritual revolution was upon him. On the morning of Good Friday, when the faithful were crowding the churches, Hubert prepared for his day’s hunt. In the middle of his pursuit of a magnificent stag, the animal turned and, as the story goes, Hubertus was astounded as a crucifix appeared between its antlers. At this time Hubertus heard a voice saying: “Hubert, unless thou turnest to the Lord, and leadest a holy life, thou shalt quickly go down into hell.” Hubertus immediately converted to Christianity and became a Bishop. He distributed his salaries among the poor, was diligent in fasting and prayer, and was adored for his eloquence in the pulpit.

Here in Ansbach there is a special Mass for St. Hubert, during which the organ music is replaced with hunting horns, and the hunters participate, receiving a blessing. Friday night Katharina and I accompanied Ludiwig to this annual celebration at St. Johannis church. The festivities began with the church service, ended with a reception, and had music and speaches throughout. Not being terribly religious, or a hunter, or German, I considered myself lucky to have beared witness to the evening.

St Johannis is the Evangelical church in town. It is a pretty church, though not overly ornate. There weren’t many lights in the church, and it was cold and damp, much as I would imagine to woods to be at this time of the hunting season. Candles were lit, and the nave of St. Johannis was lined with freshly cut trees to enhance our woodland theme. At the center of the stage, in front of the gilded alter was a large deer skull. Hubert’s deer skull. It served its divine purpose well, welcoming us all to the church and reminding us why we had gathered.

The deer antlers were adorned with a white cross hanging in the center. The cross was tied to each side of the antlers with thin wire so that the cross appeared to be floating above the deer’s head. I took one look at it and thought to myself, “Hey! That looks like the logo for Jaegermeister!” 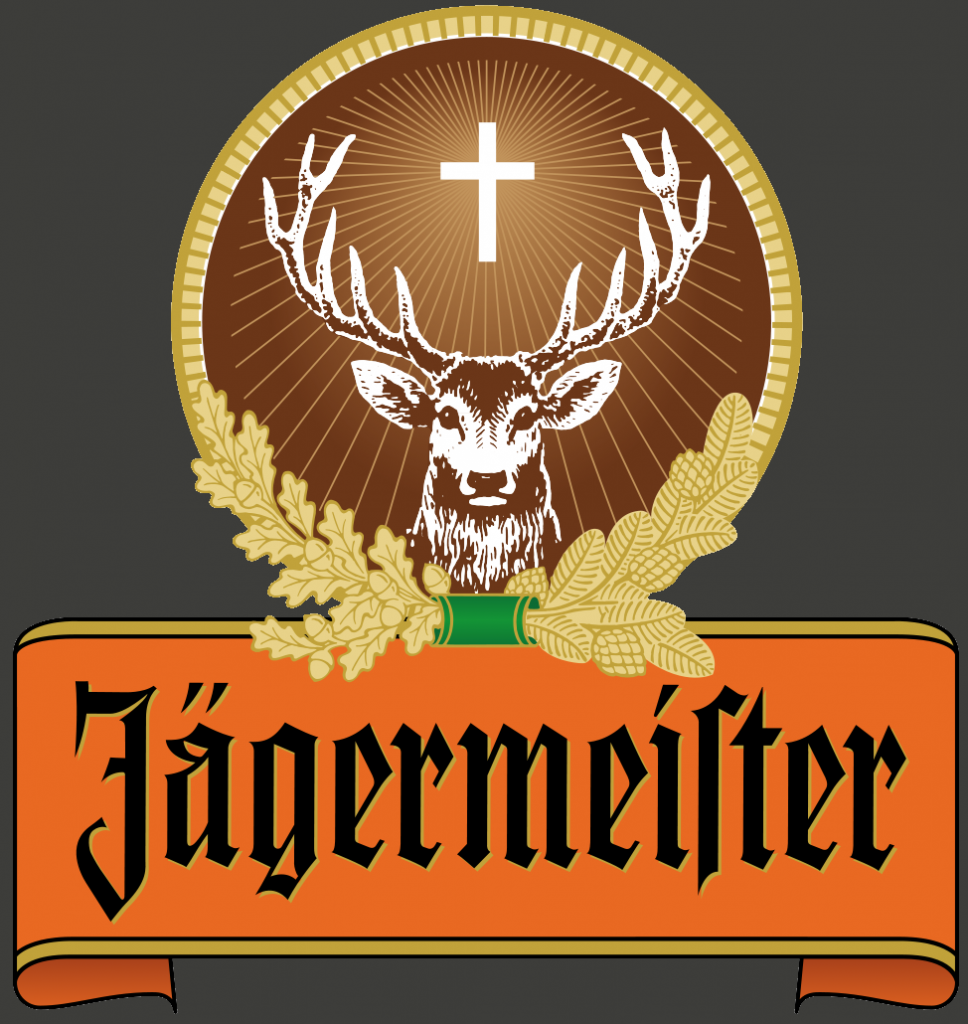 And as I enjoyed this juvenile thought I wished that I was better prepared with the knowledge I (later reserched and) posted above. At the time however, I wished I was beside another person that would find it amusing to see the Jaegermeister logo in real life…deer, cross, greenery, and all. I didn’t dare try to explain it to Katharina or Ludwig. I didn’t think I’d be able to translate it.

Although I barely understood any of it; the church service was nice. The priest told hunter tales, we recited hymns for hunters, and the program was supported by hunters’ horn music from a nearby corps in Roth. Thirty musicians in uniform were placed above the pews in the balcony positioned just in front of the organ. They played the smaller horns. Positioned in fron of us were ten other members of the ensemble playing the larger horns. As the acoustics in a church are never bad, it was an impressive concert. 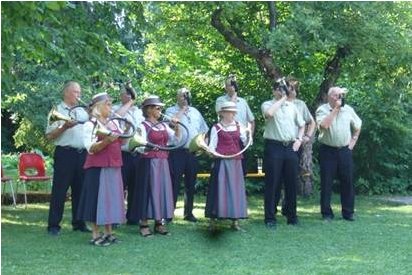 (I had to share this photo from the Roth Bläsercorps website. I wanted to illustrate how cute they look while they play. Don’t you adore how the small horn players are poised with their left hand on their hip?)

Ludwig explained to me that it is quite technical to play these simple horns, as they do not have any buttons or keys to assist the musician in creating notes. All the different tones come through the musician’s mouth. Being a hunter, he is pleased that these instruments were born of neccessity, not frivolity. Being not a lover of technology, he is proud of the fact that pre-electricity and telephone these horns were how the hunters communicated…The hunt has begun!…Hey I’m over here!…I just shot an enormous wild pig…I just fell off my horse…etc.

After the church service the procession headed over to the Ansbach Orangerie. For those readers that are not European, an orangerie is a conservatory built on the grounds of the royal estate. Today orangeries play host to formal celebratory functions. For me, the speeches at this reception got a bit long, but there was wine and more music so I was satisfied enough. It was great to be a part of this subculture for a night, with its roots in nature. The traditions of the Bavarian hunter/fisher are strong. I was able to support Ludwig, enjoy what he enjoys, and meet a few of his buddies too. Ludwig told them that my husband flies helicopters. They all decided they wanted him to moonlight as a scout for them. They say as Phil’s flying he should look-out for where the pigs and deer are, and text the hunters so they have a better shot at bringing home the kill. I told them he would not be available for such cheating. The sport of hunting has been modernized enough and without the long hours, and patience, and luck, it just wouldn’t be the same for them. They might as well switch to video games and gain the same satisfaction virtually.

And that was the last I think I will hear of that request. Old German hunter guys don’t want young American girls to think they are lazy cheaters.