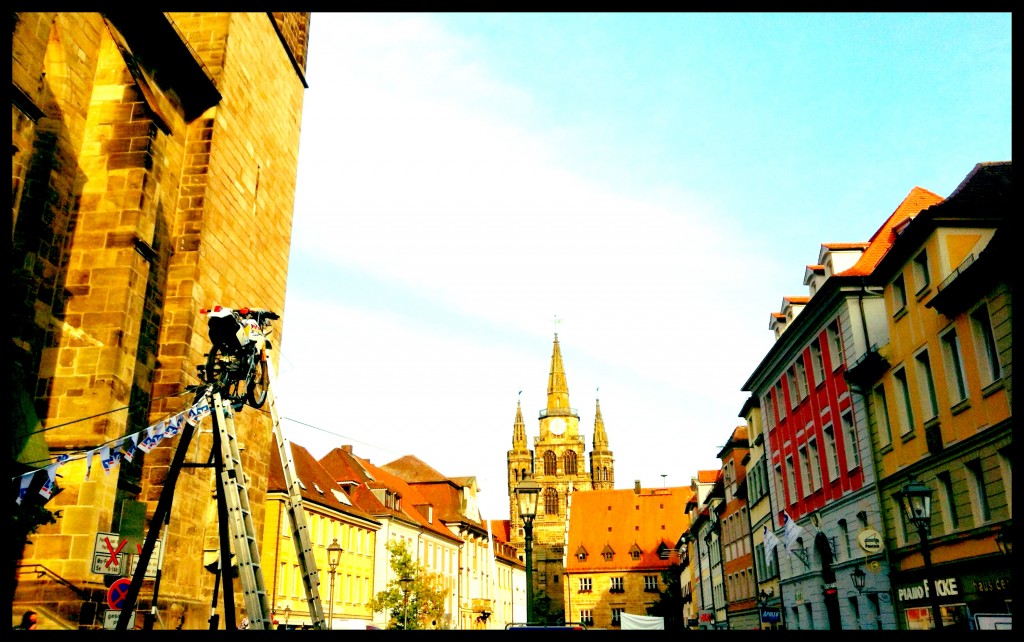 The same day that Ansbach the giant flea market, they also hosted a Shopping Sunday. Normally in my city (and most places in Europe) stores and shops are closed on Sunday. The only thing you can find open are churches, restaurants, and some museums. Three or four times a year however, the city coordinates an opening of its shops on Sunday and all of the townspeople come out. Despite the massive sales boasted by many stores we didn’t end up buying anything, but we did have a delicious lunch, watch a guy ride a motorcycle up a tight-rope, and catch a bit of a traditional band.
We had lunch at a nice outdoor table of our greek restaurant Korfu. The four of us believe Korfu to have the best Greek food in town. The funny thing about it is that Korfu is owned by a German and his wife. Who does the cooking? I don’t know, but I’m thinking it must be their Greek cousin Niko because the bean soup is authentic. Ludwig likes to eat at Korfu when he doesn’t eat at Lehenshof. Lehenshof is the German restaurant right next door to Korfu. It is owned by the brother of the guy that owns Korfu. Small world, right? Do you think they share a kitchen? No, of course not. I’m only joking. 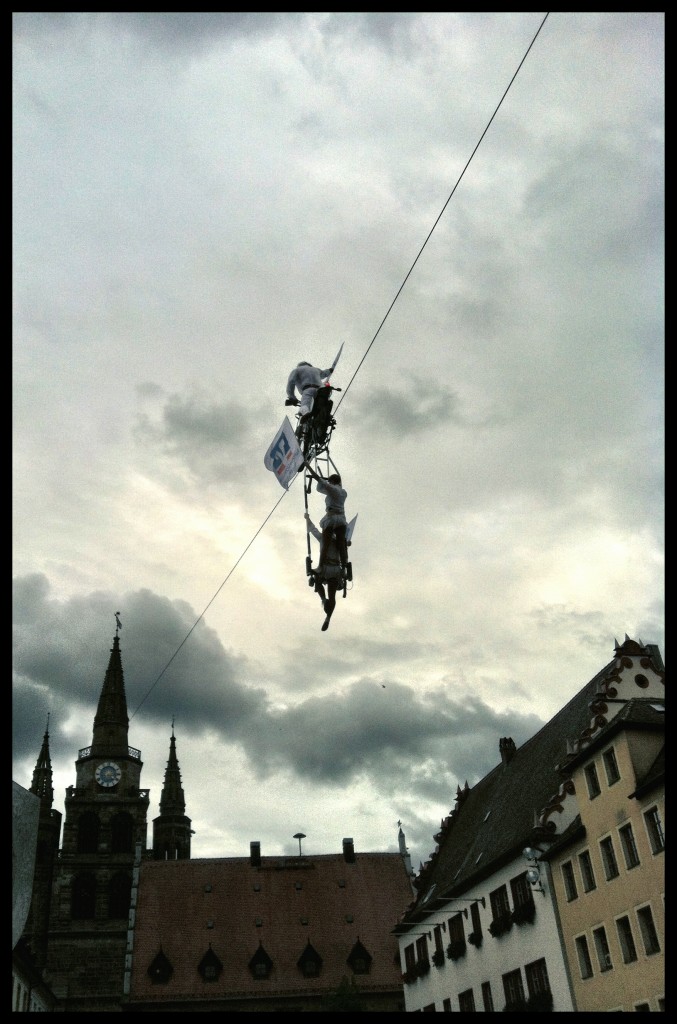 It was a beautiful day for lunch outside. We were serenaded by a man playing his instrument on the next street corner over as we watched our town stroll by; men and women dressed in their dirndls and lederhosen to celebrate the festivity and children nose-deep in ice cream cones. There was an additional attraction in town that day also; a high-rope show. During our lunch we could see a bit of the end of the dare devil’s rope tied off to the church steeple. Down the street from our restaurant and over the rooftops he drove his motorcycle back and forth; sometimes with ladies dangling from it, other times on his head. It was great fun; so much fun that after lunch we went down to the town center to watch it again. 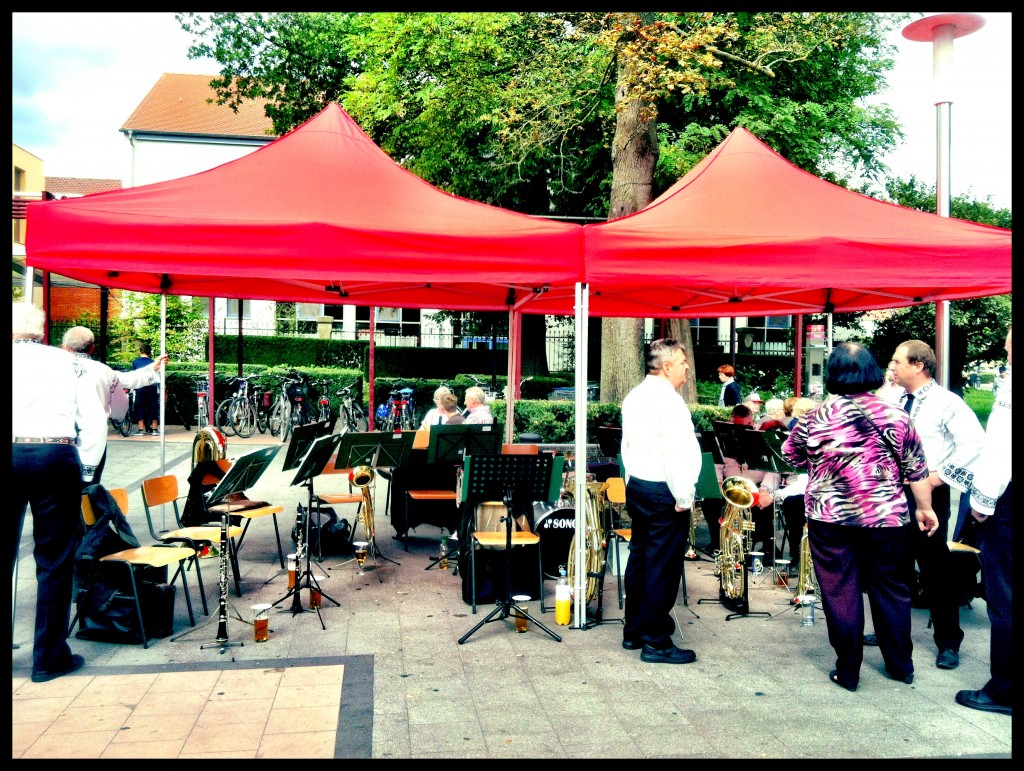 Here’s where the band played. It’s a courtyard on the side of our mall. The band is called a Blaskapelle. It’s a bunch of guys from the same town that dress up in their Bavarian finest, play all the fun instruments, and sing all the fun songs that I wish I knew the words to. I felt compelled to snap this photo to highlight the fact that there are just as many beers on the ground as there are instruments. Beer is to the Blaskapelle what the compass is to the boy scout troop.