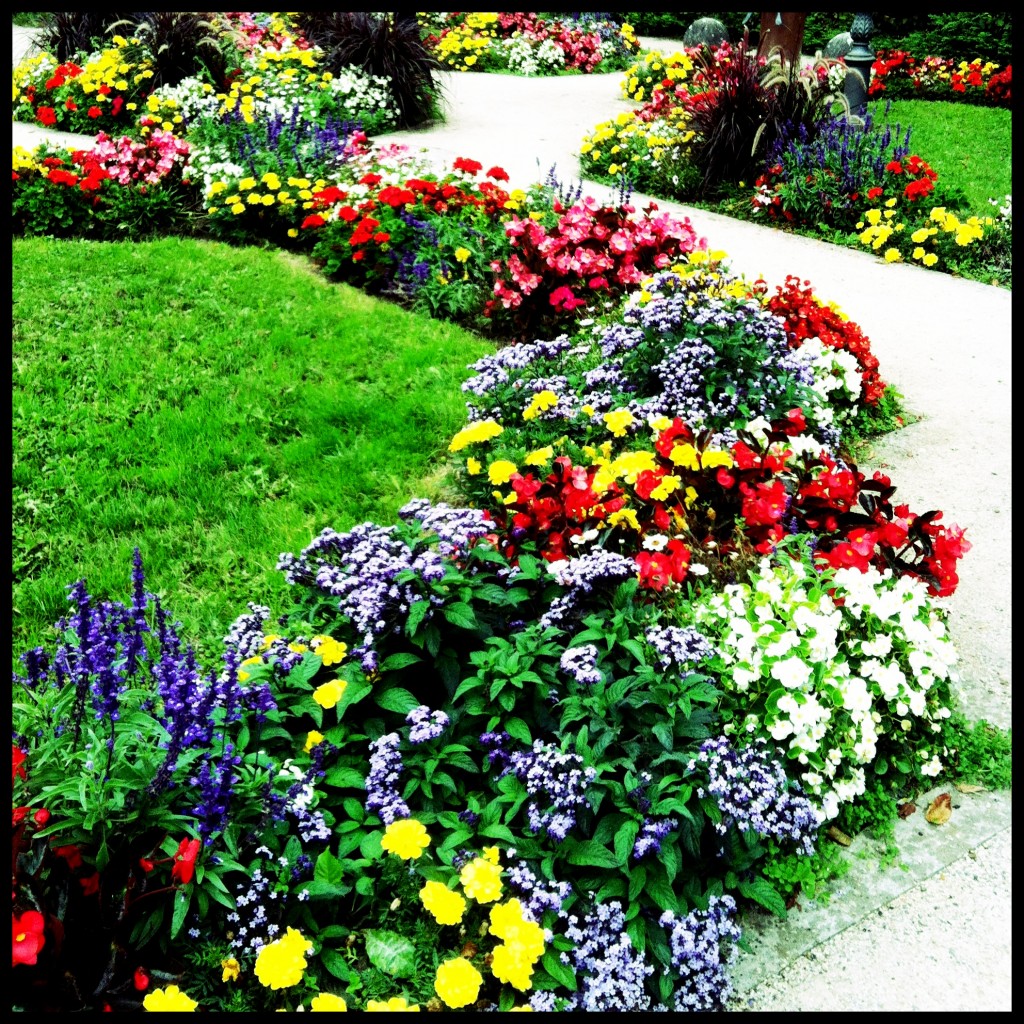 Ansbach has a few sister cities. Their sister city in France is Anglet. Anglet is a coastal town, just north of Biaritz in the Aquitaine region. Coincidentally, Phil and I have been to this part of France, but not specifically to the town of Anglet. The mayors of these sister cities work hard to develop and maintain healthy relationships. One way they do this is by sharing cultural events and trading artists. Currently, in our R3 Kunsthaus Reitbahn Gallery, we are featuring the works of an Anglet visiting artist, Solange Toutenuit. To celebrate this exchange we had our usual exhibition opening festivities and an additional celebration. It was called a midissage. A vernissage is an elaborate opening ceremony to celebrate an artist or exhibit the day before it opens. I can only assume that midissage is the name whem the same thing happens, only after the exhibit has already opened.
I attended the initial show opening alone. I always go to these openings alone and try to speak to fellow artists and practice my German. Usually it turns out that I am too shy to start up a conversation with any of the art club members and I sip wine by myself, listen to the introduction speech, and wander around contemplating the art alone until I leave. Sometimes my neighbor, and fellow club member is there. She’ll come over to me and politely conversate until one of her friends pulls her away. This occasion was a bit different however. It started with me viewing art on a solo level, and my neighbor coming and speaking to me, and a friend of hers coming over to join us. As it happened, she introduced me to her friend, the three of us chatted, we were joined by another, we were introduced, we walked around discussing the art together, and after twenty minutes we broke off. I was over the moon with joy at this tiny (yet incredibly significant) occurrence. I was hoping that, even though I am so timid in this crowd of older and unfamiliar artists, the ice would eventually be broken and I would relax and start getting to know people. Month after month I attend these openings in this fashion, and here I have finally crossed over into the next level. Maybe there was something in the air,  since the current exhibit was sponsored by a friendship.

The following week I attended the vernissage. Phil decided to join me since the artist was French, and because he is a good sport. In reward for my efforts the previous week, I recognized one of my new friends immediately upon entering the gallery. This may sound silly, but it was a thrill to walk into that room and greet the first person I saw by name. All of the other club members do it. It’s natural for them. They know one another, are the same age, and speak the same language. For me it was a feat, especially since I was able to introduce her to my husband also. The midissage opened with a speech from our city mayor. After she spoke the mayor of Anglet gave a speech as well. The artist spoke after the mayor spoke, and we the audience were serenaded by a traditional French band in between the speaking. The music was beautiful, and a welcome relief from all of the speaking, which was first in German then in French. (or vise-versa) I could only name half of the instruments in the band, the rest are a historical mystery to me. The band was two guys and two girls. One woman played an accordion. The other played a recorder, or maybe it was a flute. I love the rhythms of the French accordion. It is less Oompa and more circus freak show. Phil was more impressed with the woman playing the recorder. He commented to me, and I quote, “That woman probably loves going into a toy store. She walks by the basket of kiddie instruments for sale, picks up the plastic flute, and breaks it down, right in the aisle, making everyone’s head turn because she can actually play it.”
As the mayors, and artist, and translator were making their speeches I was trying hard to focus and understand the German. My mind wandered however, and I couldn’t help but contemplate this cultural exchange. For the first time, I was struck by the idea of the amount of work that goes into building relationships between countries. You have a language barrier, you have personality differences, you have a history full of ups-and-downs, you have your own job with your own civil responsibilities, and yet you work to work with your neighbors near and far to establish a mutually beneficial exchange. To me it seems exhausting. I can appreciate the need for countries to attempt to understand one another and get along, and I am happy to bear witness to Art having a hand in developing and nurturing the interaction. Now that I live here, I can see how much more it is in the forefront of European life. All of these different countries are next to one another. I think, for the average American the idea of foreign relations is much more distant. Surely we host our own community artist exchanges, but (as per distance traveled) someone from a town in Texas visits and displays artwork in Trenton, New Jersey, and everyone still speak the same language, has the same customs, and their cultural differences are minimal.
On that note, one cultural difference, observed by Phil, was not so different. The Artist’s Association served wine, beer, and appetizers. The drinks were local brands and the appetizer was a local translation of a snack we all love…Pigs in a Blanket. The Ansbach version of this delicacy is a Nuremberg-style sausage (which bears striking resemblance to a Jimmy Dean) wrapped in flaky pastry. A simple pleasure; you can dress it up, but you can’t cover up this edible, humble satisfaction. I’m guessing this favorite food is something we can all agree on. If only the rest of foreign relations were that simple.