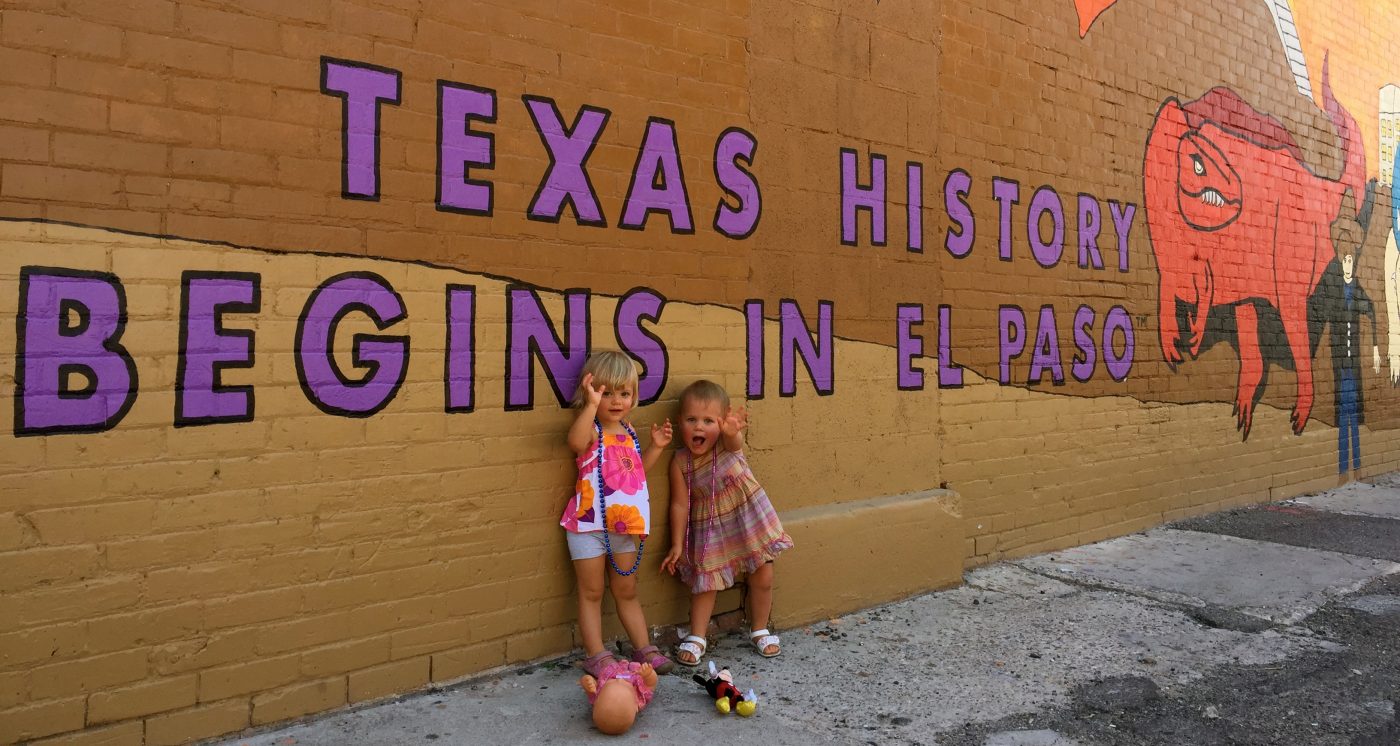 Nina and Lila are two years old!! And I couldn’t be more proud of…myself!! 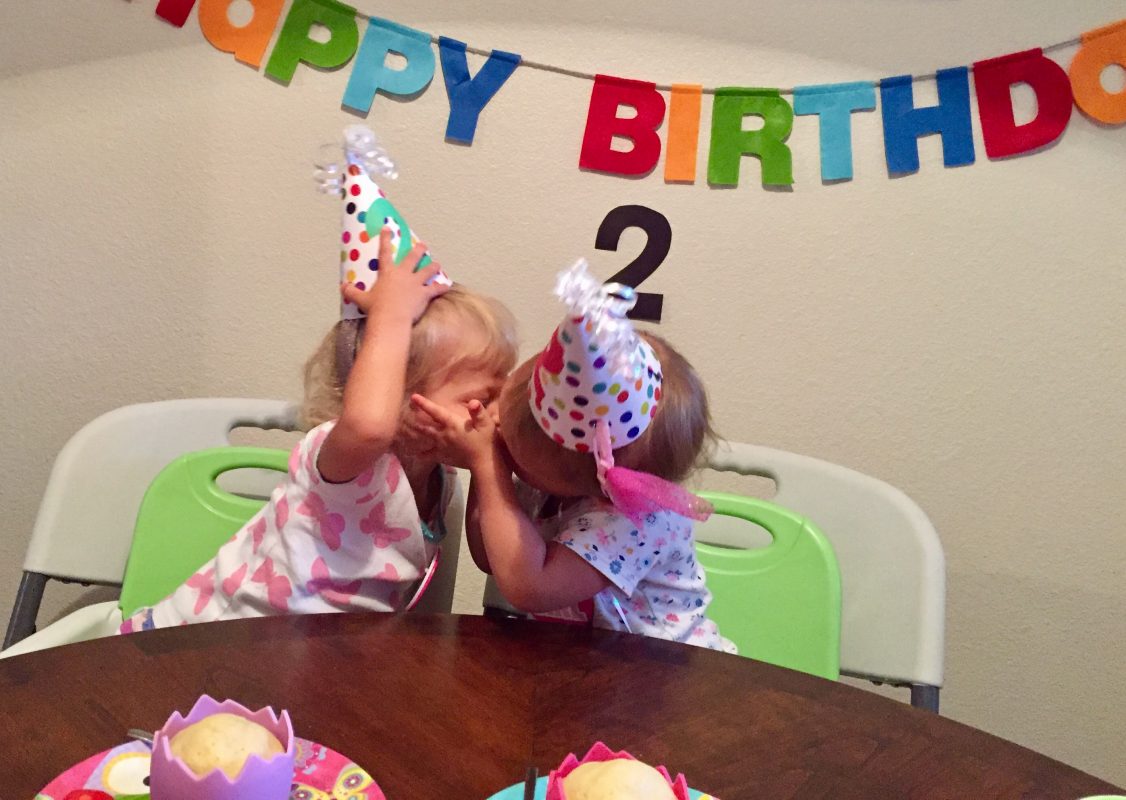 Seriously. Until they’re old enough to fend for themselves I’m taking all of the credit on their birthdays. Maybe in about eight years I’ll start giving up some of the glory. But while I am still wiping their nose and letting them hit me, their birthday is about me.

The actual birthday was on a Wednesday. Phil and I taught them that it’s more fun to celebrate a birthday on the weekend. Saturday morning we had cake for breakfast. I think dessert for breakfast is the best even when it’s not your birthday. We celebrated with vanilla cupcakes (no added veggies) and whip cream, strawberries and raspberries. We all put on those birthday hats that are the most uncomfortable thing to wear on the planet (short of thongs or tight high heels, but Nina, Lila, and Phil don’t know anything about thongs or heels so the birthday hats with the elastic strap win) and sang Happy Birthday. 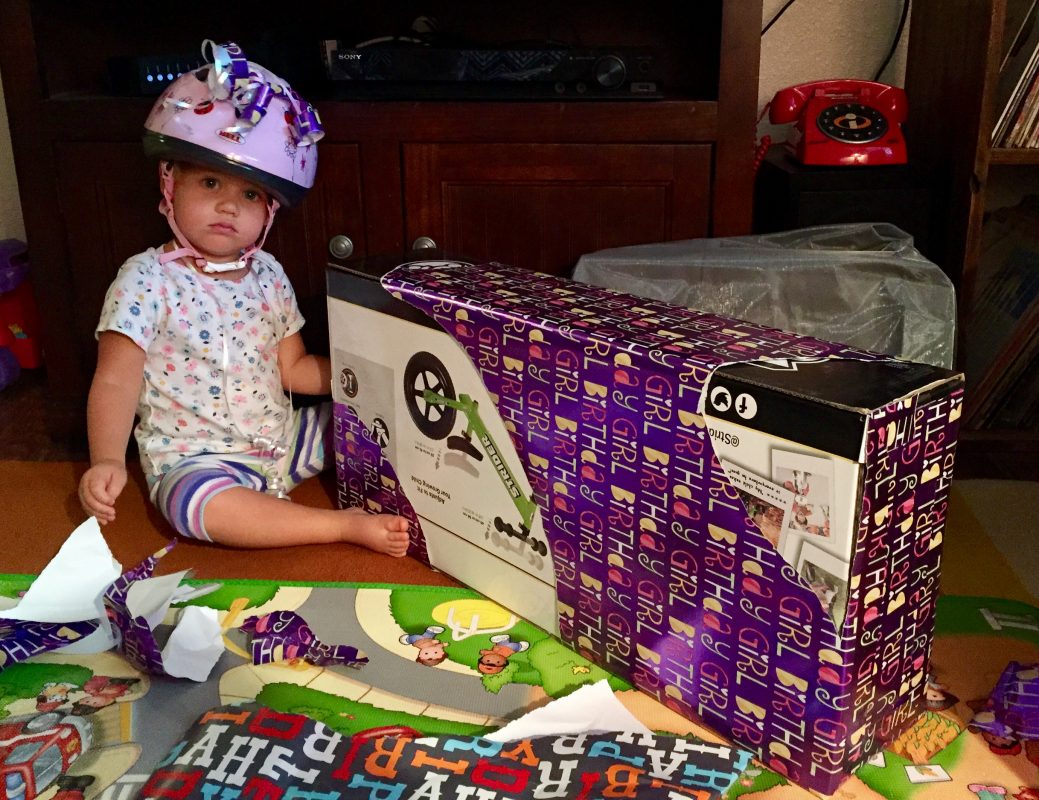 We got Nina and Lila balance bikes. Phil and I were super pumped about them. We had dreams of the girls hopping on the bikes and cruising around the house, and then around the neighborhood by dusk. Reality could not have been further from the fantasy. Nina and Lila had fun putting the helmets on, but had no interest in figuring out the bikes. Here we are a week later and any inquiry about giving the bikes a run is met with an emphatic NO. For those of you that may not know, a balance bike is a bike with no pedals. Kids learn to balance before they learn to peddle. Needless to say, I am happy for the girls that many other family members have given them birthday gifts that they are actually enjoying.

For the birthday dinner Nina and Lila said they wanted to go to a restaurant and have pizza. There is a nice pizza restaurant on the corner near our house, so we decided we would walk there. I decorated our wagon with birthday signs and we told the girls we were going to have a parade to the restaurant. They put on party dresses, necklaces, and bracelets. They also grabbed their purses full of combs, lotion, and mirrors before heading out the door. Both sides of the wagon read, “Honk. It’s Our Birthday.” We told the girls people would be honking for their birthday and they had to wave. Needless to say, to the restaurant and back were two of the best walks of my life. The girls got a kick out of it and so did we… happy birthday ladies, here’s five minutes of fame. 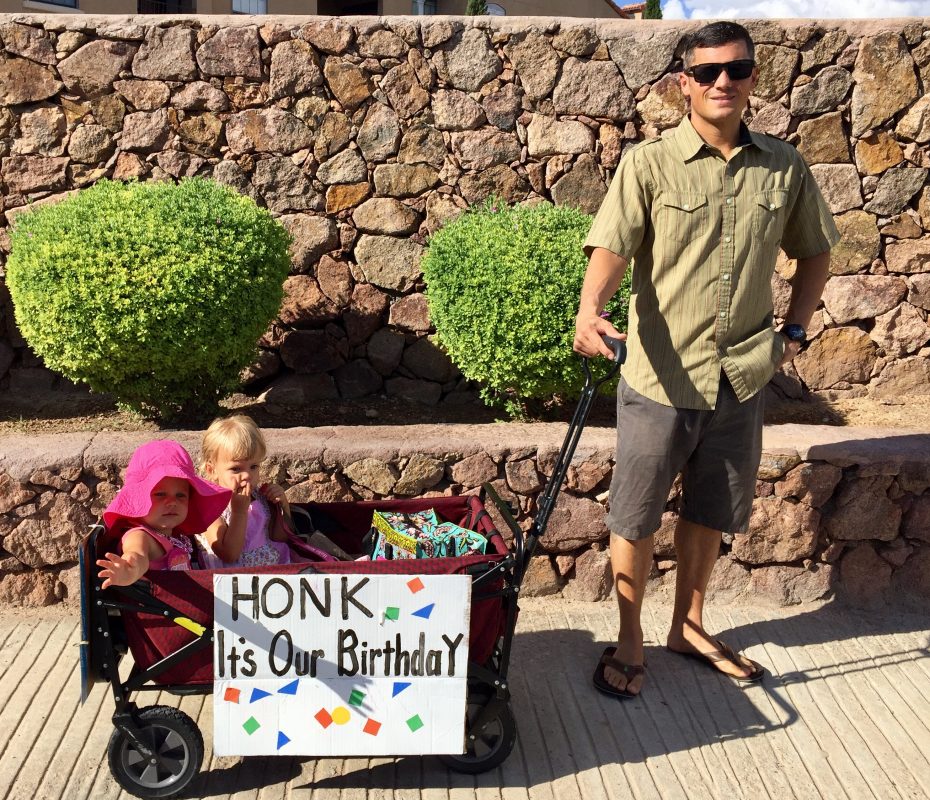 As I said, their actually birthday was a Wednesday. We had cupcakes for breakfast again. The same vanilla cupcakes in fact. I had put everything we didn’t eat on Saturday in the freezer. Lila insisted however, that we not have cream again. So we had PB instead. PB with blueberries and bananas adorned our previously frozen birthday breakfast. We sang again; hat free this time. In the morning the girls had their two year check up and passed with flying colors. In the evening they attended a soiree at the library. They were in the Summer Reading Club and the culminating event was a party on August 2nd. (I’m bragging here…nina and lila sat peacefully attentive through 218 books this summer) What luck. There was a bouncy house and a bunch of rowdy strangers and it wasn’t my responsibility. The girls played carnival games for the first time and were sufficiently overwhelmed by the entire experience. 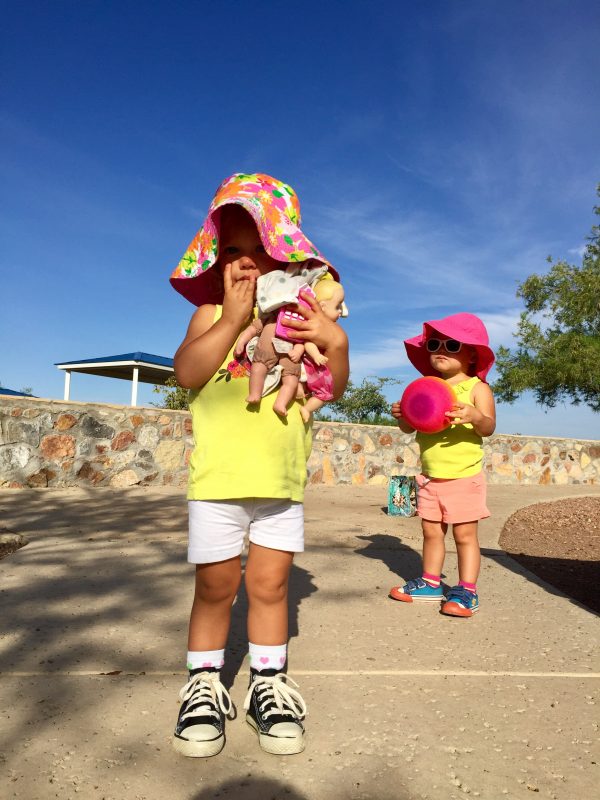 Phil and I are quite aware that social media does not see enough much of Nina and Lila and we appreciate your understanding.

They believe they can swim. They love to jump in the pool and get airtime when dad throws them way too high in the air. Nina and Lila are both sporting a rockin’ tan.

Nina is unbelievably good at jumping, sommersaults, and catching. Lila is a fearless climber.

They do not have a favorite food. The only food they do not like is a food that does not stick well in hair or look good as a mustache. No hat is a better hat than a bowl. They do not discriminate against spicy or sour, although they might refuse bland. Sorry zucchini. Lately they’ve been requesting ice in their water. (they’re so American)

Lila has longer, curlier hair than Nina, but Nina is better at pushing.

They are both empathetic and good at sharing. My Aunt gave them each two dollars for their piggy banks. The first thing each of them did was give the other a dollar as soon as they each realized they’d received two.

They don’t care about bandaids. Whenever they get a bump or a scrape they want tape on it. I think this is because each time they rip a book I get the tape out; but that’s just a guess.

They think anything in a can is club soda; making me ultra glad that lots of good beer comes in cans these days.

They are totally fun right now, and growing sassier by the minute. Today they are telling me no a lot. I’m sure by tomorrow they’ll be telling me what to do. Time is flying and I am certainly just trying to hang on for the ride.