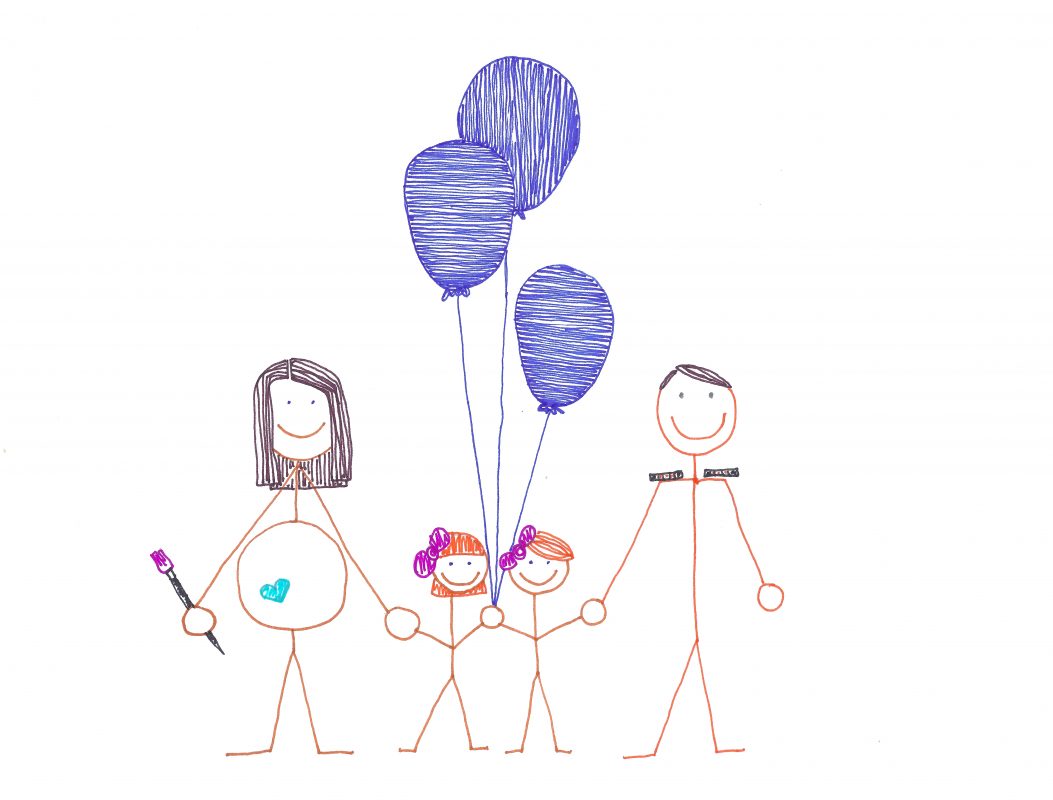 Once upon a time there was a girl who moved to Germany for three years with her American prince-helicopter pilot. They loved living in Germany and took advantage of every minute they spent there together. The prince always felt like something was missing in their lives. They had each other, but they had no children. The girl was more selfish than the prince. She didn’t really care about having children of her own. The prince was smarter than the girl. He knew that children would bring them more happiness than they could ever dream.

The girl had trouble becoming pregnant, so she sought the help of a special doctor while she was in Germany. It took a while, but eventually the doctor helped her make three strong, healthy embryos. She was immediately pregnant with two of the embryos. She and the prince were overjoyed. The doctor put the third embryo in the freezer for safe keeping until the girl could come back for it.

Soon the time came when the prince and the pregnant girl had to say goodbye to the German country and culture they loved. It was not a sad time however, because they were moving to West Texas, a new land with new adventures to be experienced. The girl soon gave birth to two baby girls. Those baby girls spent the first years of their life in the sunny desert at the foot of the mountains in the town of El Paso.

All the while enjoying their new life as parents, the girl and the prince never stopped thinking about the third baby they had frozen in Germany. Once she was able the girl found a new doctor and worked very hard to get herself ready to be pregnant with the third baby. She had to see the doctor a lot, take lots of medicine, and have a few surgeries. It was difficult, but she knew it would be worth it.

Finally, the girl traveled back to Germany last October. She was delighted to be back in the land that held a special place in her heart. She stayed with her old friends and enjoyed all the things she loved most about Germany. On the last day of her trip she went back to see her doctor and pick up her third embryo. The girl left Germany pregnant, but was skeptical that she would remain so. So much time had passed for the frozen baby, and she had been through so much herself. She had strong doubts the pregnancy would pan out. She and the prince resolved to not be sad if it didn’t work. They knew they were lucky for the life they already had. The universe knew better though. It’s been 21 weeks, and the girl is still pregnant. She and the prince have recently found out the new baby will be a boy. The twin girls are very excited to have a brother. Now there will be two people in the family with a “peanut.”

The girl has had quite the nauseating pregnancy, but is nevertheless delighted by her future. She is grateful to have a prince who has such great ideas for their life. The new family of five will be starting another adventure together. The prince will now be flying airplanes and helicopters. The family will be moving soon to Colorado.

7 thoughts on “The Family”