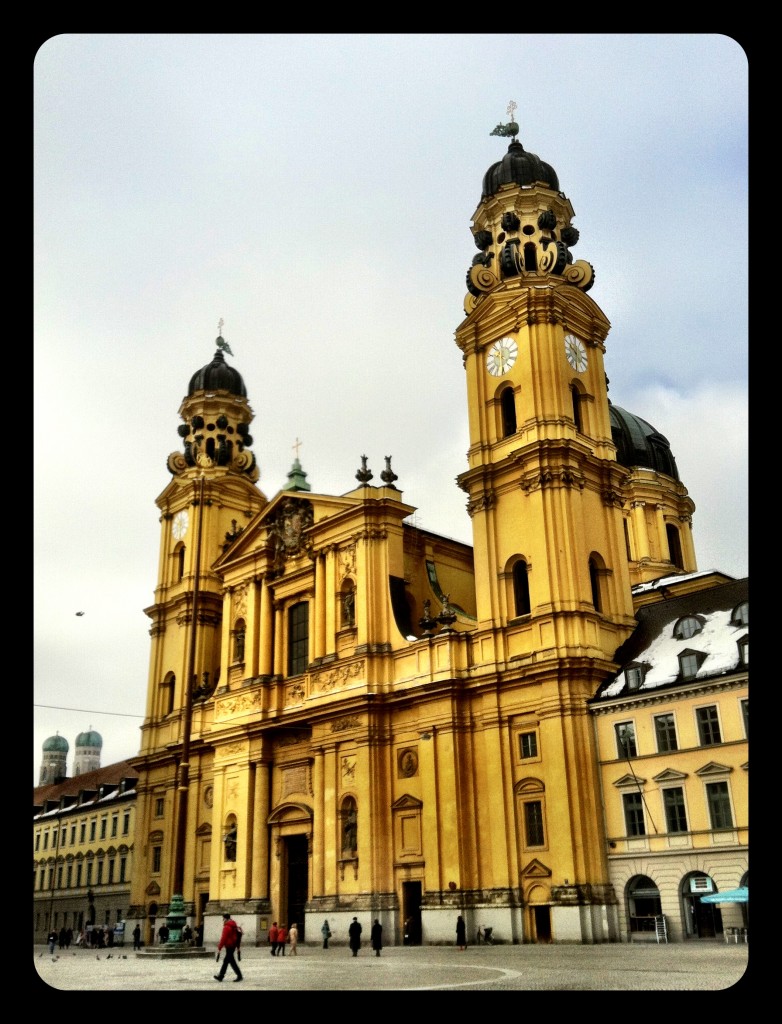 On this Sunday evening I reflect; and say that the weekend has been another successful adventure. It’s been the biggest weekend out of town I’ve had in a while. It’s been the best time I’ve had in Munich since my Oktoberfest-flop. Phil and I rode the train, slept over, did some sightseeing, enjoyed a rockin’ concert, and ate some fun food. Basically, we went to Munich and did all the things I absolutely love to do.
I fancy myself a confident and comfortable rider of public transportation. I can make a plan and follow it, but this accomplishment never arrives without some minor complications, delays, and requiring a bit more savvy than one would assume. On this trip, to-and-fro, I was reminded that public transportation is not for the faint of heart. Luckily, once on the train, one has plenty of time to recuperate and sneak in a nap. In addition to taking the train to Munich, we took trains through Munich. I was relieved at how easy it was to navigate the underground. There are maps everywhere. Whether on a train or on foot; it is impossible to get lost in Munich. 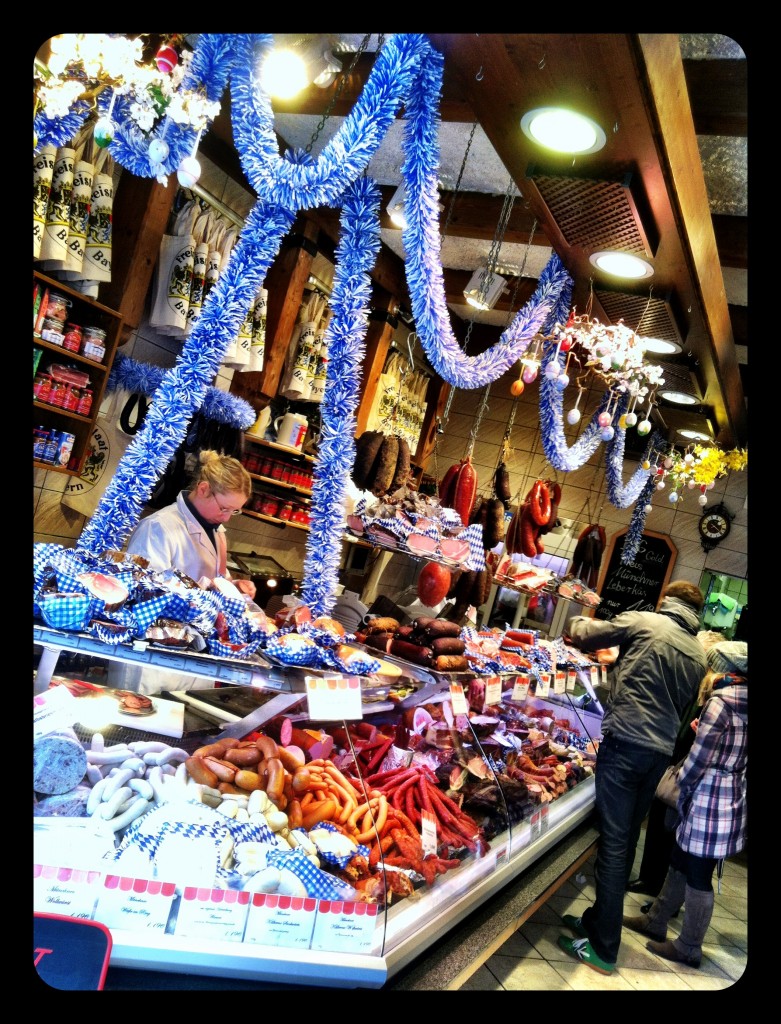 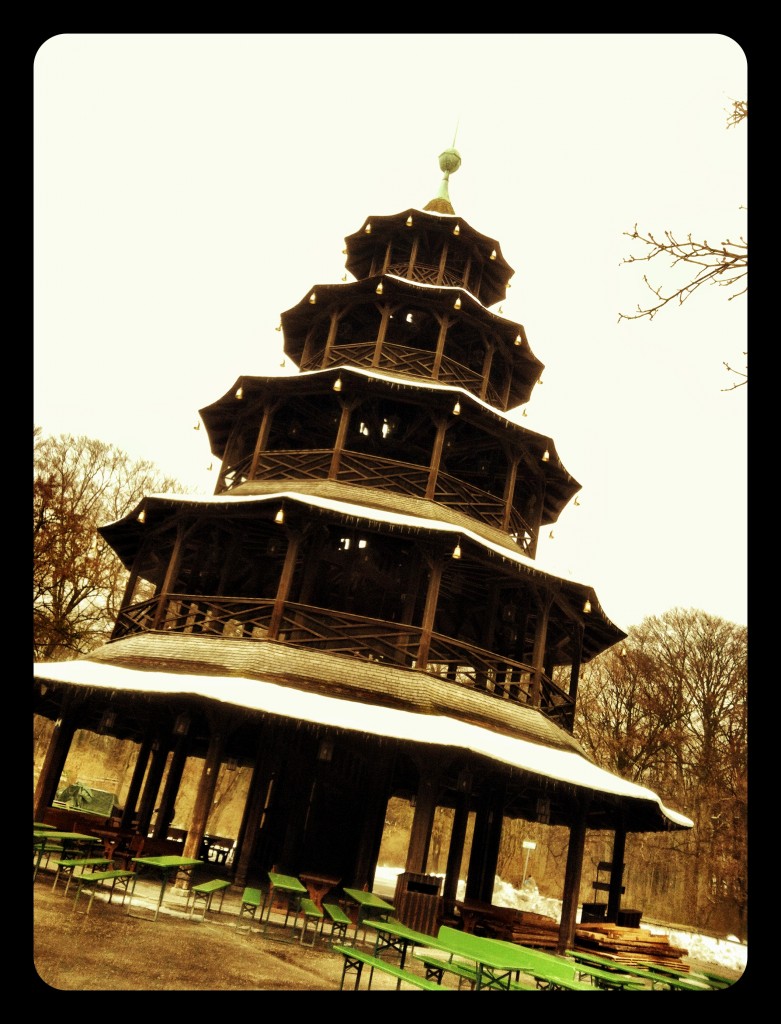 If you know me, the next thing I am about to say might come as another shock. I love eating breakfast at train stations. This morning was no different. Think about it. Everyone is friendly, the pastries are fresh, and the coffee is always the best. I started my day right; with a huge muffin and a dark,strong coffee served by an extremely friendly man. After breakfast Phil and I spent more time trekking around Munich. Our first stop was at the English Garden. It the oldest public park in the world, but this is only one of the reasons that it is so popular. The other reasons are that it has a traditional tea house, Chinese pagoda and beer garden, nude sunbathing, (not in March) and a stationary surfing wave in part of it’s river. We (obviously) ventured into the park to see the stationary wave. We’re pretty sure we found the wave after less than 30 minutes of hiking around to find it. There was no one surfing it on this brisk Sunday morning so it was a hard fact to confirm. 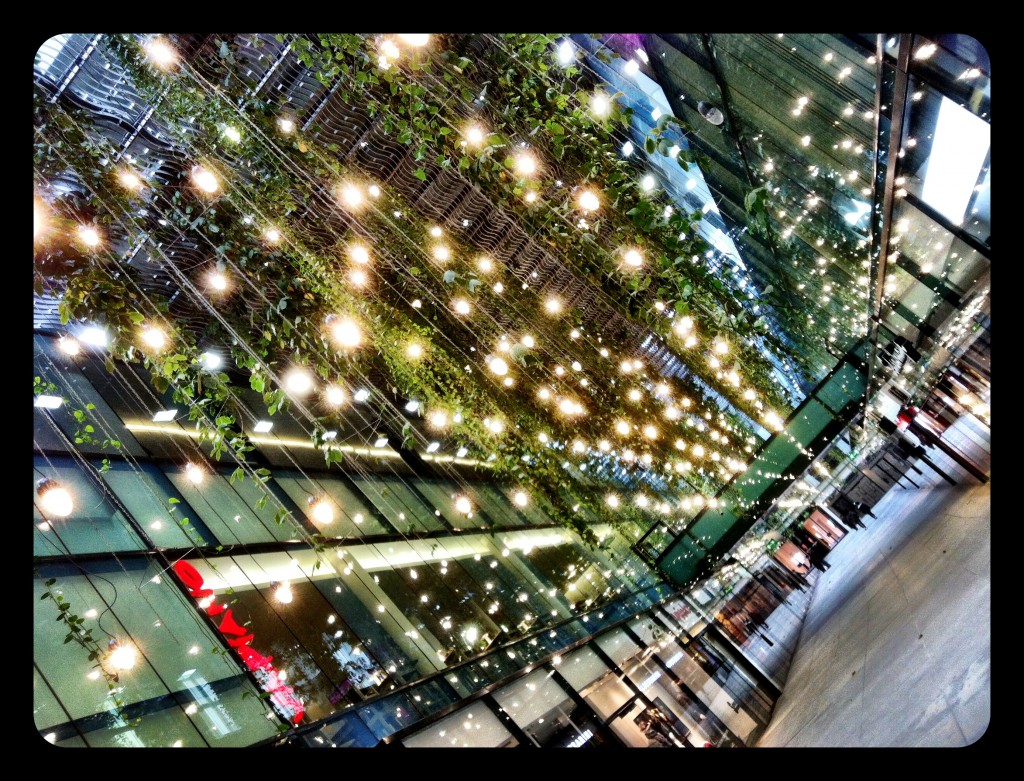 Once we were out of the park we continued our tour tour on Maximillian St. Oh man! Is that street abounding with high-end retail! I’d say it was the Rodeo, or 5th Avenue,of Munich. It was unbelievably impressive. This was again, another time I was glad it was Sunday, since all one can do is window shop when the stores are closed. After Maximillian St. we hit up Ludwig Street; similarly impressive but for completely different reasons. On Ludwig St. we took in visions of antique structures, important buildings, gardens, and sculptures. It was definitely a feast for the sense. You can just walk the entire city, never going into any museums or buildings, and still be awed by the history and grandeur. I was satisfied just to be near all of the attractions. We finished off the trip back at the main train station in Munich. I think it gives the impression of an airport. The best part about it is the food court. (Again, I know that’s sounds weird coming from me.) We had lunch before boarding the top level of a doubledecker train. Döners. What else would we eat?

One thought on “Munich… The Second Time Around”