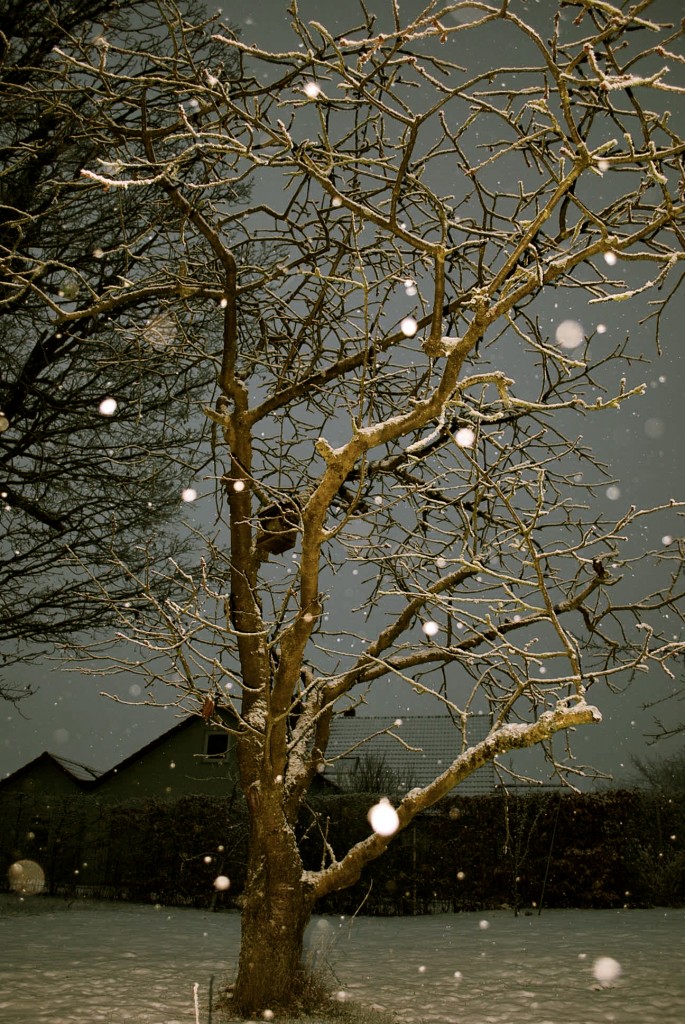 As you can imagine, it’s been awesome having my husband back around. It’s been fun watching him as he gets reacquainted with Germany. The last time he was going through this process I was going through it with him. Now that I am a year in; I can see (in him) what I now take for granted. So far this week we’ve done some of the things that we always used to do, plus a few things we didn’t.

It was snowing as Phil arrived and it continued to pile for a day or so. It was the perfect opportunity for us to go out together on the cross country skis. At first Phil was a little like, “This is weird. What do I do?” But as is par for the course, it only took Phil 15 minutes to get comfortable and cruise right past me. It was his first day out and he was skiing circles around me. Winter sports really make you work up an appetite. I was under the impression that Phil was looking forward to eating lots of fresh vegetables and whole grains. This was reflected in my menu plan for the entire week. Vegetables dishes have been abounding; and much to Phil’s delight. But while he has been quite satisfied; he still felt the need to supplement this diet with plenty of döners and leberkäse. In case you are unfamiliar with these fast food delights; a döner is a Turkish sandwich similar to a gyro and a leberkäse is a German snack consisting of warm bologna, sliced thick and served on a fresh roll. I think he’s had (at least) one every day. There is no way I can keep up with this enthusiasm for snacking. So far this week I have only had one döner and three bites of leberkäse.

Phil has enjoyed seeing how well I’ve settled into life here; both on base and off. Whether we go to the post office, PX, or gas pump; Phil is getting introduced to one of my friends. Also, he is particularly impressed with my (ever continuing) mastery of the German language. It was yesterday when I performed my greatest showcase for him yet. We not only got a visit from our landlord, but we also payed a visit to our neighbors. Katharina and Ludwig were delighted to see Phil. We went up to their house to watch some ski jumping, share a couple of beers, and eat some sausage and bread. Ludwig has been looking forward to serving Phil a German beer. Likewise, Phil has been looking forward to sharing some of his beer with Ludwig. Our neighbor thinks Budweiser defines American beer. Yesterday Phil showed him what an IPA is all about. How did Phil get IPA’s in Germany? I have no idea. I definitely didn’t wrap and mail any across the ocean. (That’s my story and I’m sticking to it.) Our neighbors loved the IPA, and it was fun for Phil to get into the swing of happy hour with them. Ludwig taught Phil a new skill. (as if he needed another) He can open a beer bottle with only one finger. You can’t imagine it. You have to see it. I could never do it. It’s definitely a man-hand-kinda-thing. As usual, Katharina served up a beer drinking snack. You might recognize it from my last post… 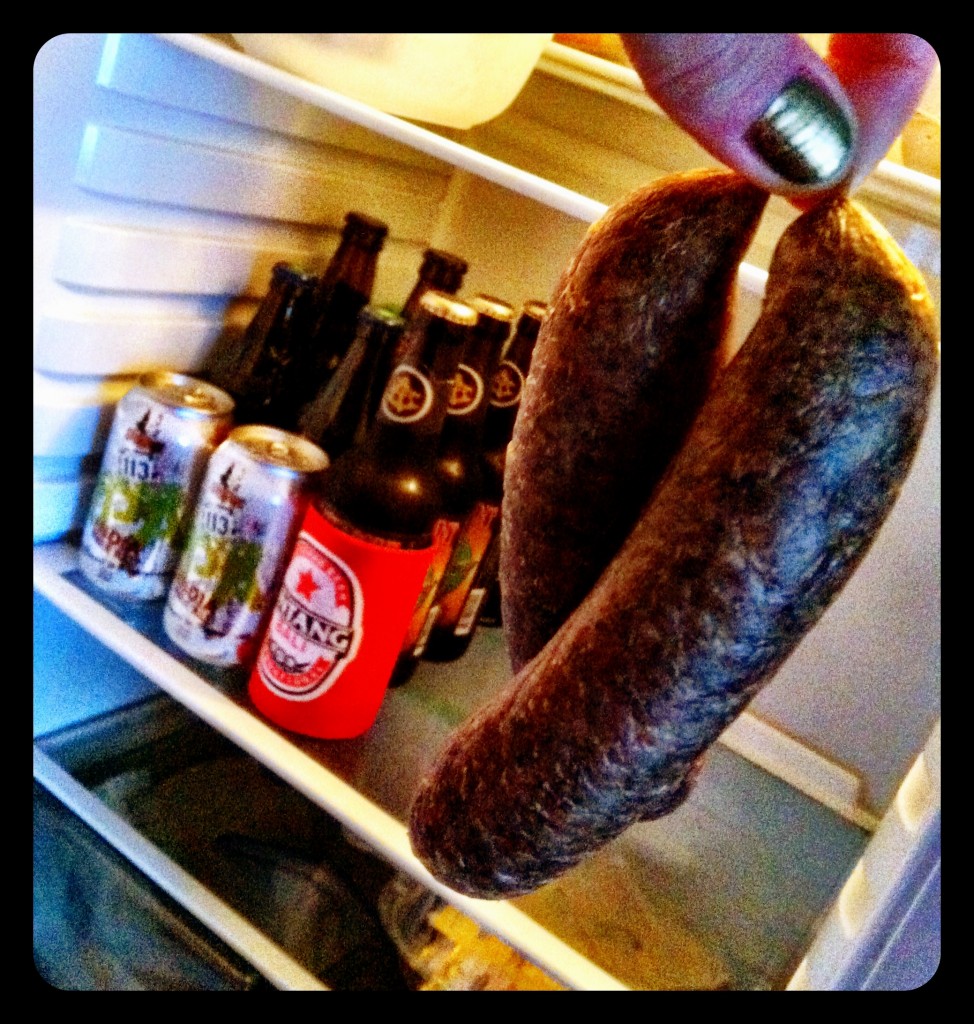 It seems I have been eating this delicious sausage all wrong. Katharina served it up room temperature, uncooked, and with bread. Prior to last night I was under the impression one cooked sausage, but I guess you don’t always have to. This kind is smoked. The casing is dry and a bit hard, and the inside is soft. You slice it, smash it on your bread, and eat it. It was good, maybe a bit thick and soft, but good. We spent the greater part of today recuperating from the week we’ve had so far. Well, recuperating, as well as rejuvenating ourselves with plans for the days to come. We’ve got some big things going on. They involve concert tickets, trains, big cities, packing our ski gear, exchanging money, and border crossing. Stay tuned.