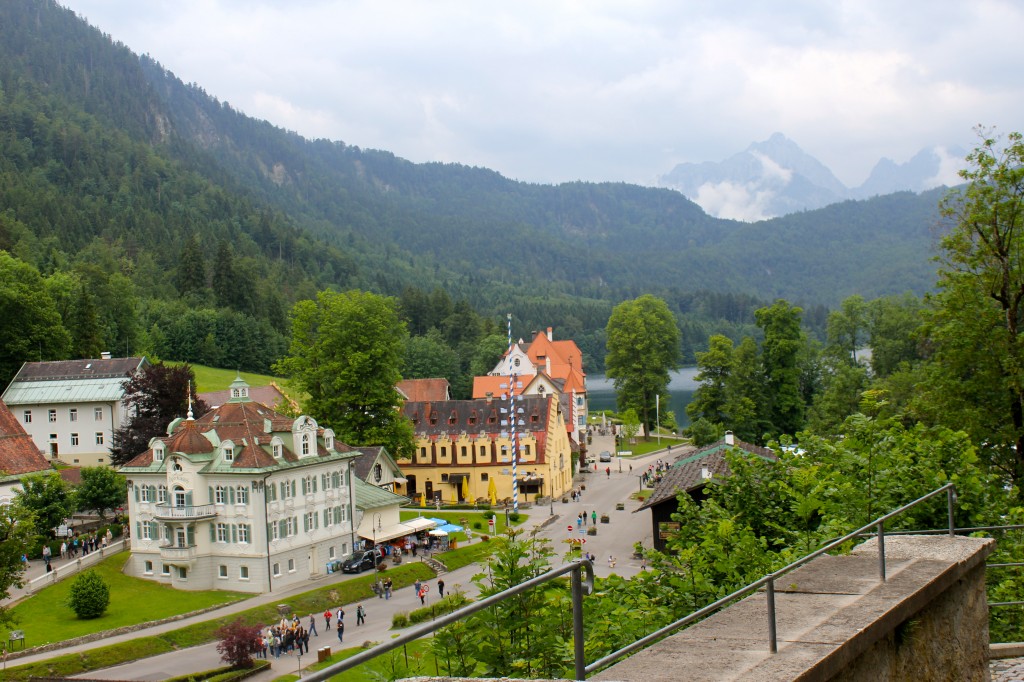 We drove to southern Germany; so far south in Germany that you actully have to drive into Austria and back out again to get to the destination. Kooky, right?

If you’re a nature-lover, history-buff, or eater-drinker, you’d love the German Alps. On this particular trip we acted more in the first two fashions and did a lot of hiking and sight-seeing. So much in fact, that my thighs are still screaming at me.

It’s only taken us two years and five months, but we’ve finally toured the castles of Neuschwanstein and Höhenschwangau.

(If you think those are big words, just wait until I start talking about the Sommerrodelbahn)

They were amazing. The castle grounds are set on a mountain side overlooking a lake. In lieu of riding a bus or horse & carriage; we paired our castle tours with hiking to-and-fro. With our own hooves transporting us to the sights we were able to stop and stare, take side trails through the woods, appreciate more of the views, take more pictures, and burn more calories. Bonus! 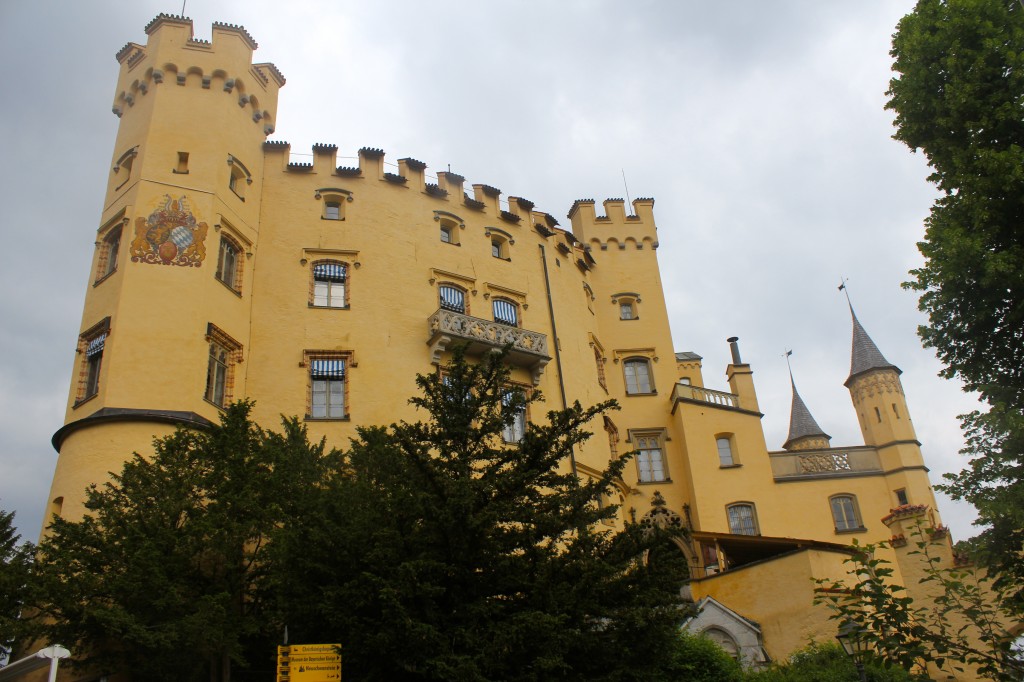 Höhenschwangau is the older of the two. It dates all the way back to the 12th century, in fact, when it was a fortress built by the Knights of Schwangau. (Knights of the Swan District) But its German ownership is where its popular history begins. The old, decaying fortress was purchased by King Maximillian of Bavaria in 1829. He found it on a hike and fell in love. It became the King’s official summer and hunting residence, and he kept the swan theme. The King had two sons who grew up spending their summers in the beautiful German Alps, enjoying their residence at Höhenschwangau. When the King passed away his oldest son, Luwig II was heir to the thrown. In the early years he kept the castle as his residence and preffered spending more of his time here than in the country’s capitol. Höhenschwangau was only a temporary residence, as he worked on his own castle, Neuschwanstein, during the 1880’s. 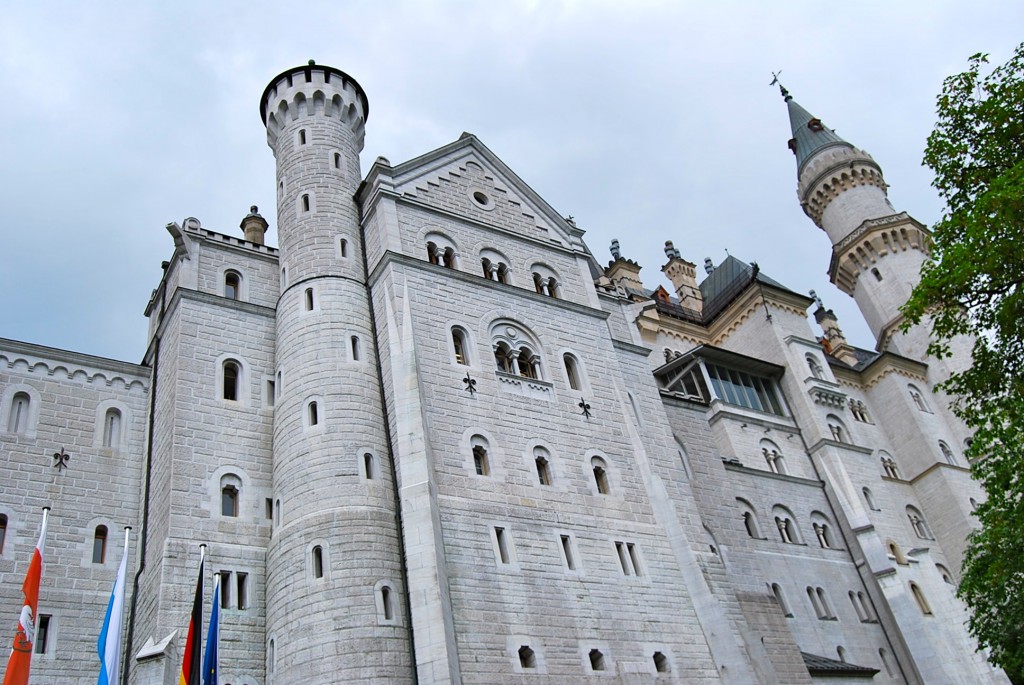 King Ludwig II of Bavaria was born in 1864. He was found dead in Lake Starnberg, along with his psychiatrist on the 13th of June, 1886. The King was a bit of an excentric, and perhaps even a bit of a legend in his own time. He became king at the ripe, and inexperienced, age of 18. Much unlike your average King, Ludwig preffered to ignore reality and his public and spend his time alone in a fantasy world in his castles in the mountains. Having a distaste for politics, tending toward isolation and imagination; he became known as The Fairy Tale King. His reclusive tendancies led to the declaration of his insanity and his desposition. It was just a few days after this event that he was found dead. His death still remains a mystery and he never saw his castle finished. Only seven weeks after Ludwig died in 1886, the castle was open to the public. It is a physical example of his ideals and longings and dreams. For him it was an escape to the poetic world of the Middle Ages.

Our tour was magnificent. I don’t think I’ve ever seen so many murals in one home. (or building for that matter) Ludwig dedicated Neuschwanstein to the composer Richard Wagner, because of his immense admiration for the composer. Wagner’s operas and the pictures adorning the palace share common themes and inspiration from medieval legends. 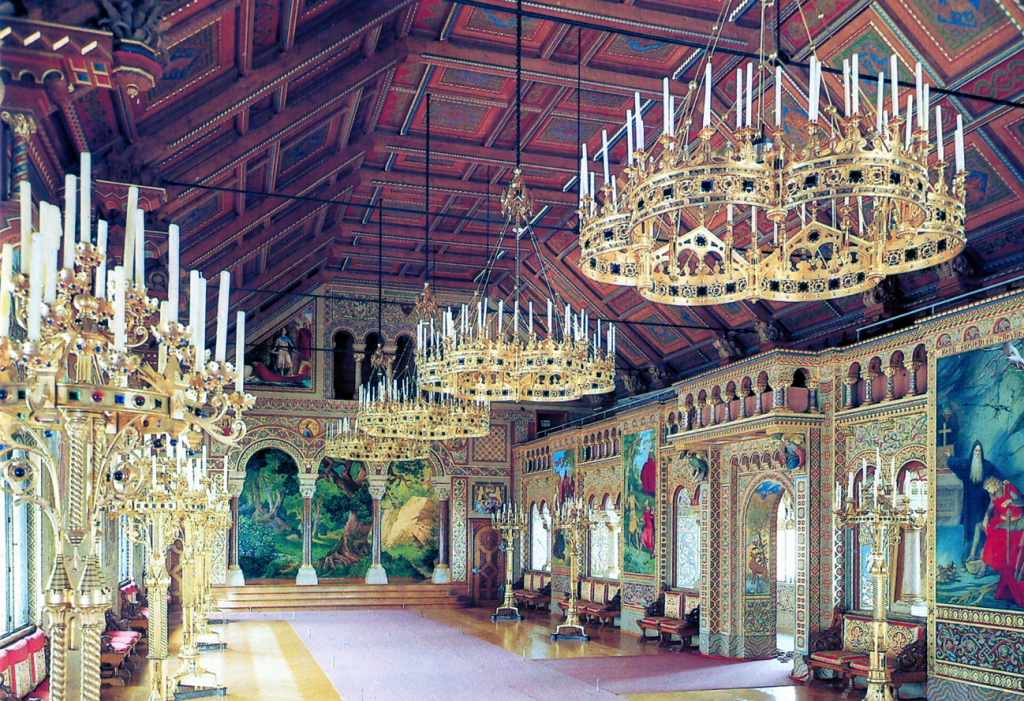 The Singer’s Hall was, absolutely, my favorite room all day. It is more lavish than anything I have ever witnessed; with great chandeliers hanging from the ceiling in the shape of a king’s crown, bold murals, a stage painted like a forest, and a wood panelled ceiling that has special function for sound.

The guided tours at Hohenschwangau and Neuschwanstein run like clock work. Thirty mintues from start to finish, no wandering, no dallying; and I can see why. Left to my own devices I would have spent all day absorbing the images and inspiration of the Singer’s Hall without a care as to who I might be holding-up or standing in front of.

After hiking around to experience these castles, the hiking still was not over. The next day we hiked to ride a rollercoaster on a mountain. Sounds awesome, right? Sounds like nothing that would ever be legal in America. Yet another reason to love Germany.

It’s called a Sommerrodelbahn. There are many Rodelbahns throughout Germany, and Europe I’m sure. The one I found in Immenstadt though, was three kilometers long! Triple awesome. It’s located in the amusement park of Alpsee Bergwelt. There’s a ton to do, and see, here on the mountain side, but we got right down to business with the Rodelbahn. 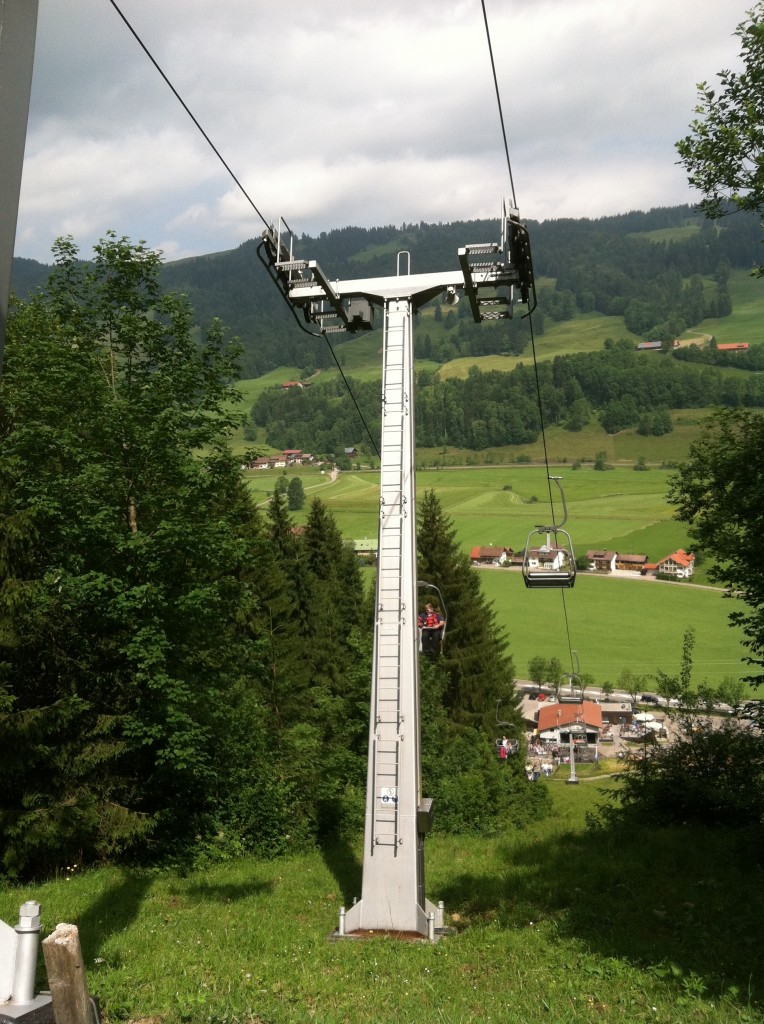 You can opt to ride a chairlift to the top of the mountain, but as I said we walked. The path to the coaster offers great views of the landscape, great views of some animals like horses and cows, and you get to burn some extra calories on the way. Bonus. 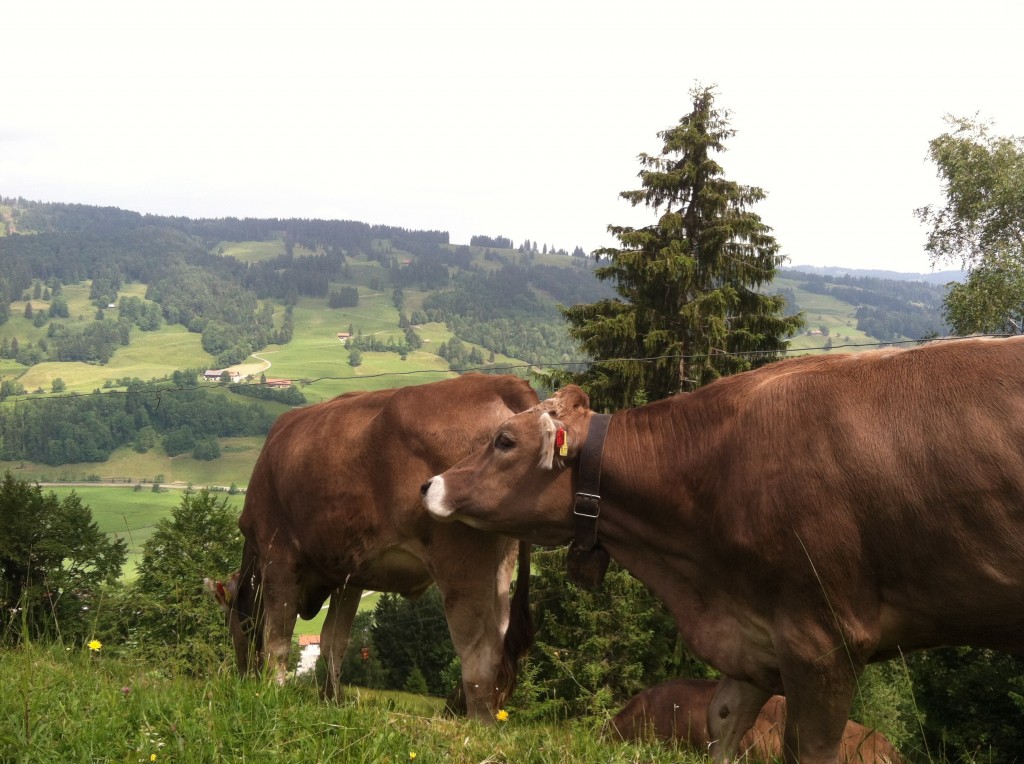 The ride down was a lot faster, and more fun, than the walk up. On the rollercoaster, you feel more like you are hauling-ass down a mountain in a go-cart, through the woods, at a very unsafe speed, while taking kamikaze turns. You’re wondering why you are only wearing a seatbelt and don’t have a helmet. Those thoughts are fleeting however, as you’d prefer to focus on the amazing ride. Before you know it, all of the track is behind you, and you must be on your way home…awaiting the next adventure.