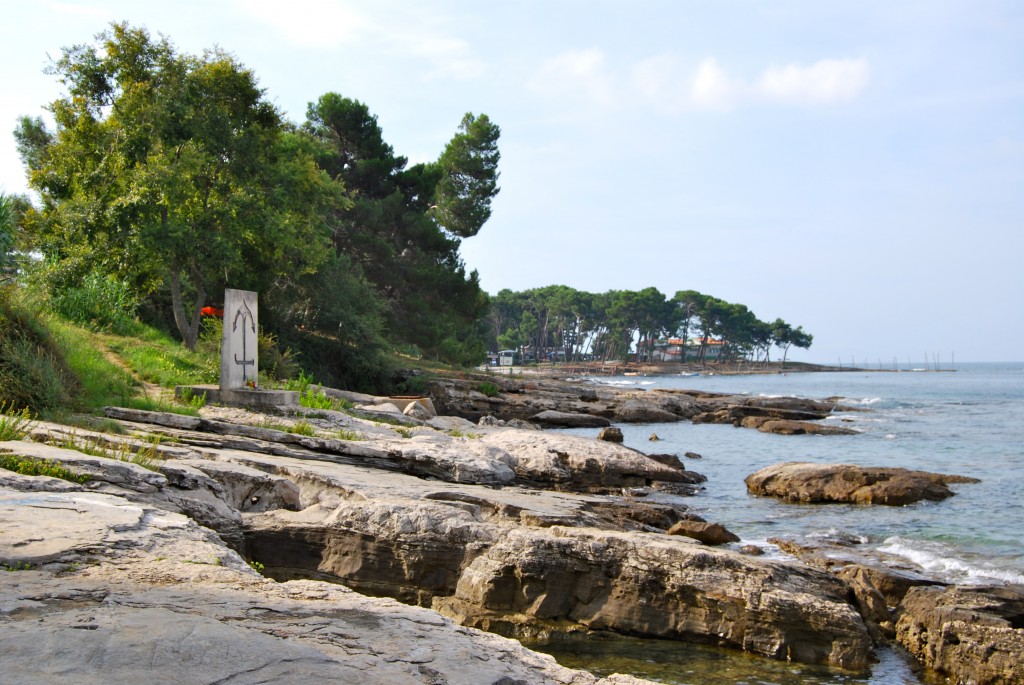 I’ve noticed that the more I vacation, the more gadgets I pick up to make vacationing easier. In no situation is this more evident than with camping. Instead of packing light for this simple trip, I over pack. There is the camera, its two lenses, it’s case, and its waterproof case; towels for the beach, towels for the shower, flip flops for the beach, flip flops for the shower; gear for sunny weather, gear for rainy weather, gear because no matter how hot it is I will inevidably be cold; a purse, a backpack, a fanny pack, a dry bag, because you never know what kind of pack you’re going to want to put your chapstick and hand sanitizer in. Accessories, accessories, accessories.

We are fresh back from a camping trip in Croatia. Of course I over packed. We didn’t use half of the items I loaded in the car, but that is more than beside the point. Croatia is a bigger than I thought. There’s a lot to see and do, but we just stayed on the little penninsula in the most north-western section. And even then; four days was not enough to see all of what Istria had to offer. With more time we could have gone scuba diving on shipwrecks, sailed across the Adriatic to Venice, explored more of the mountain biking trails and secluded beach coves, toured a winery, toured an olive oil plantation, went mushroom hunting (only in the proper season of course), toured the Brijuni Islands (vacation home of the former communist Yugoslavian president complete with museum and exotic safari), and ventured to the mainland to tour the incredible Plitvice Lakes National Park with its forested hills, cascading waterfalls, and turquoise lakes paved with wooden footbridges. We would have drank more wine, and (of course) eaten more food. But I don’t want to spend this entire article about Croatia complaining about packing and lamenting what was not to be…

The penninsula of Istria is quite charming. For many reasons, but in particular because the entire thing absolutely reeks of lavender. It’s lovely. It’s like when you go to Bali, and the indoors as well as the outdoors smell of incense offerings, and you just know from your head to your toes that you’re not in Kansas…or New Jersey…or Germany anymore…you’re not anywhere remotely familiar. The parts of Istria that don’t smell like lavender smell like pine trees. And the places that don’t smell like lavender or pine trees smell like campfires and pig roasts. And I can’t help but think to myself what kind of a different person I would be if the smells of home were lavender, pine, and campfire. 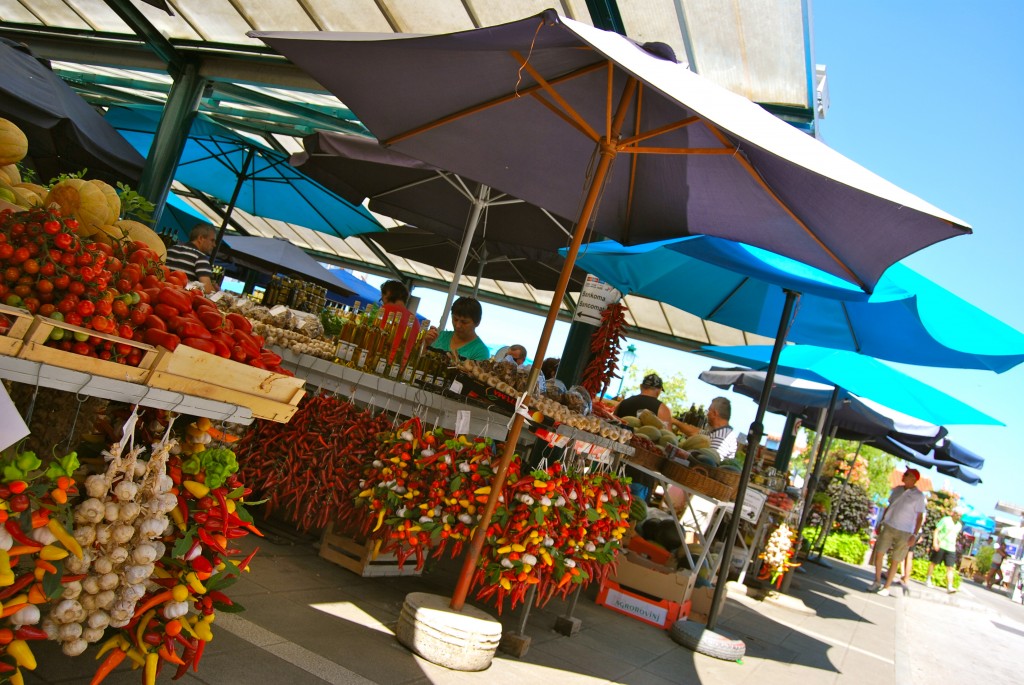 The drive from Germany to Croatia is wonderful. The drive starts on the local autobahn, which isn’t that awesome. The breathtaking beauty begins once you get into the mountains. The Alps are followed by smaller, rolling hills top with old towns the color of orange creamsicles. The vegetation is a bit desert, and a bit tropics. You cross over some rivers, canals, and drive along a few lakes until you get to the sea. The roads coast alongside orchards, vineyards, palm trees, and farmstands bursting with brightly colored peppers strung together, garlic ropes, watermelons, and jars of truffles and olive oil. I’ve never seen anything like it. The atmosphere is a strange blend of Europe and the Carribean; like mediteranean tropics.

After the eight hour drive, which started at 4:00 am, we were delighted to reach the campsite. It wasn’t the cutest campground I’ve ever seen, but our tent was 30 feet from the water’s edge. The beach was a rock beach, shaded with pine trees. You can lounge on a flat rock (if you can find it) at the base of an old light house or you can get a raft and float over the impressively clear water. The first afternoon, after a beer at the Bora Bora Beach Bar, we chose the latter of the two options and bobbed in the refreshing, salty, sea water, under a warm sun, admiring the sailboats dotting our new horizon. 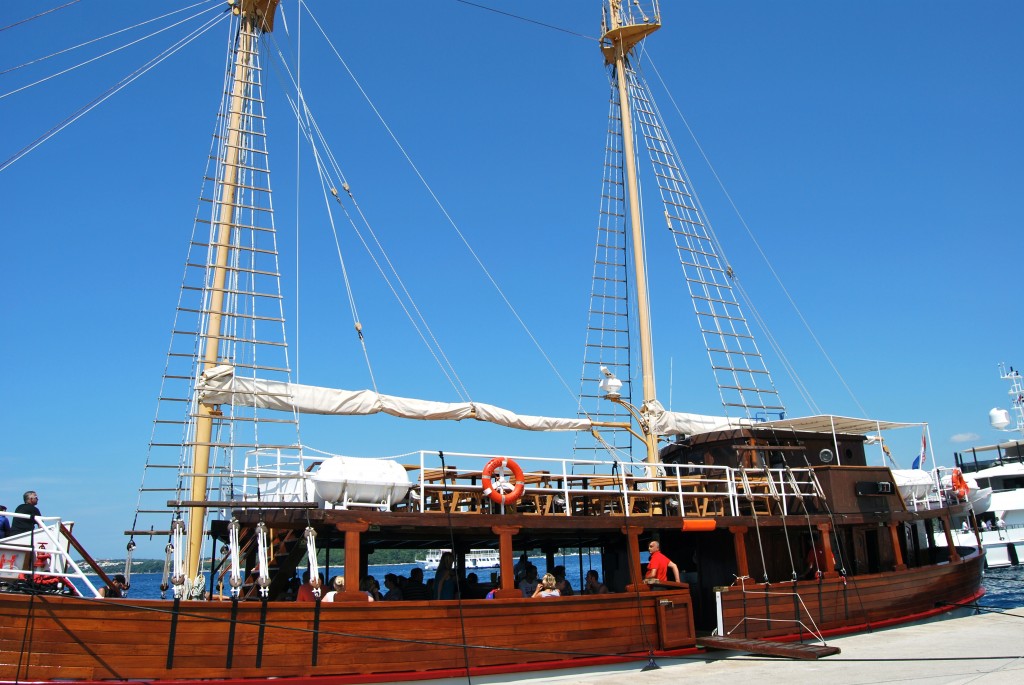 On Saturday we cruised along the coast all day in an old wooden boat. It was a big boat, with two sails. As much as I adore boats, I couldn’t tell you anything about it other than that it was the coolest boat in the harbor and I felt lucky to be aboard. It was wonderful to be back cruising on the open water. The sun was in my eyes, the wind was in my hair, the seagulls were at our side, and I enjoyed the sound of our boat cutting through the water. A little-something-extra provided by these coastal cruises is the visual stimulation that are the nudist beach camps that speckle the rocky landscape. FKK, or Freikörper Kulture (German for  free body culture) is popular in Croatia. It’s not like I’ve never seen a person without their clothes on; but to see so many…in one place. One can’t help but smile and stare in fascination, and speculate as to whether or not you’d enjoy such a vacation. 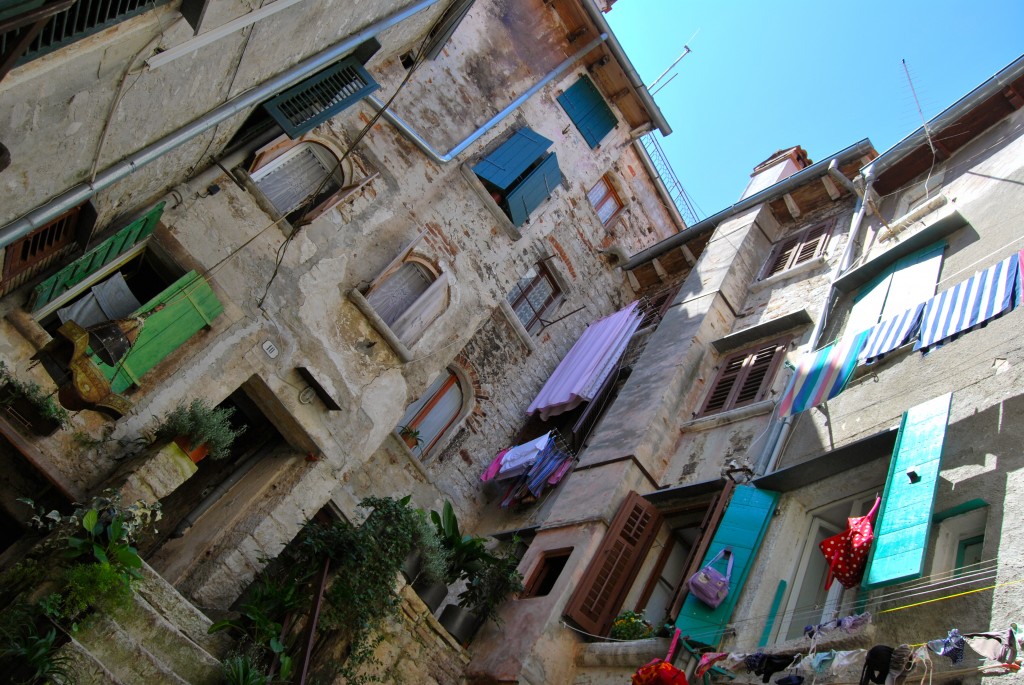 The boat left out of Poreč, stopped at two towns, Rovinj and Vrsar, and also cruised us through the Limska Fjord. The towns were terribly charming; full of narrow cobbled streets, old buildings, laundry hanging from every window, small shops, galleries, the smell of lavender, and views of the sea around every corner. 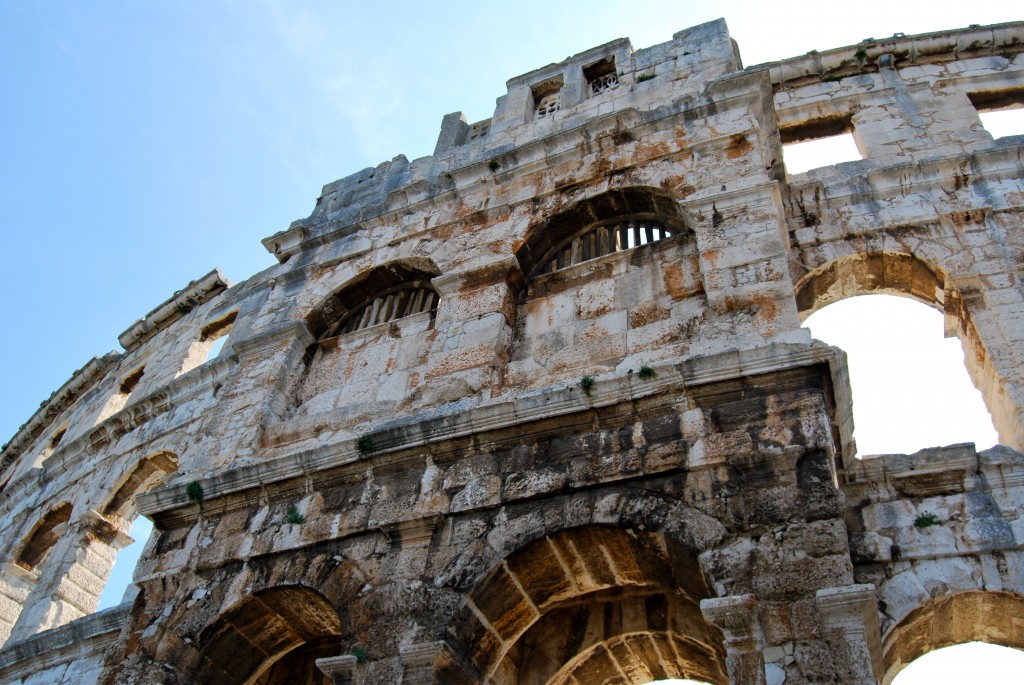 On Sunday we drove to the town of Pula to see the (sixth largest in the world) Roman ampitheater. It was an impressive structure; built in A.D. 80, and still in such great condition that it maintains its original function of being a source of entertainment for the townspeople. No, gladiators do not come to battle it to the death in the arena, and they do not feed prisoners to the lions, but they do host outdoor concerts and plays. I know, it’s not quite the same, but at least the entertainment has become more tasteful over the years.

From Pula we rented bikes and rode down to the tip of the penninsula to the nature preserve at Rt Kamenjak. Along its trails you can see wildflowers, orchids, mediterranean shrubs, fruit trees, and medicinal herbs…if you know how to spot them. There are large cliffs on the beach of Kamenjak. They’re perfect for jumping; so is the depth of the water. Needless to say, if the bike ride up and down the sandy, rocky trails didn’t get my blood pumping, launching into the water from 30 feet did. You can work up quite an appetite (and thirst) with all the park’s activities. Luckily there is one, but only one, place to eat on the penninsula. It’s called the Safari Bar, and it’s hidden under shrubbery. It’s crazy; you wouldn’t even know it exists unless you walk through the maze of foliage. Once inside you feel like Peter Pan in Never-Never Land. It’s bustling with people, families, pets, and kids. Everyone is talking, yelling, laughing, and make such a ruckus it is unbelievable that you don’t hear a peep from the outside. When you brave the narrow pathways you find picnic tables, table tennis tables, tire swings, bench swings, caves, playgrounds, and a self-serve bungalow where you can get a massive sandwich, cup of delicious olives, fresh calmari, and a couple of cans of beer. 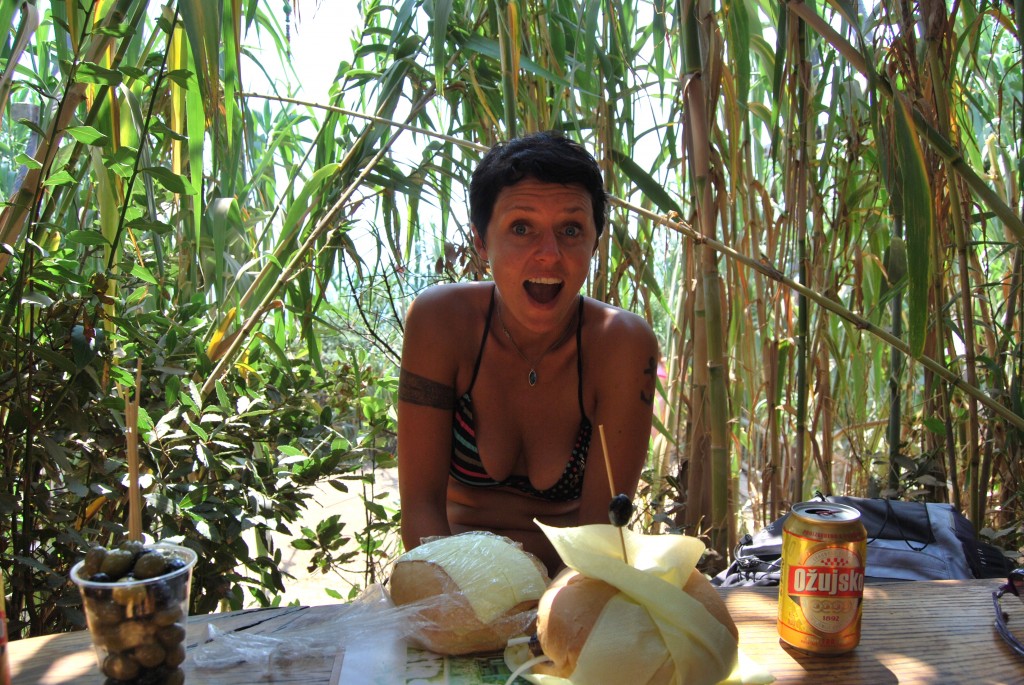 It was only four days, and it’s not like I’ve gone somewhere millions haven’t gone before, but on this trip I felt like I was on a real adventure. I did, and always will, have difficulty pronouncing the name of every spot we were in, but their sites are unforgettable. The natural wonders, and lifestyle, that are Croatian have carved a place in my heart forever.