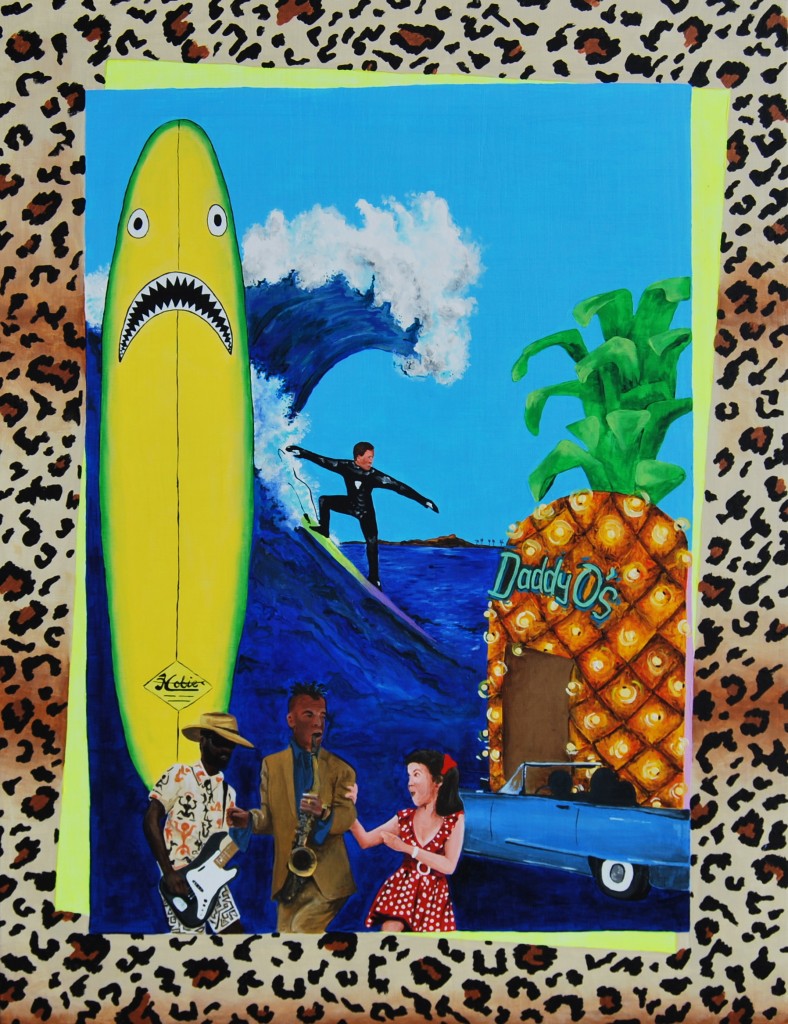 In 1987 a movie came along that would inspire me forever. I was only six, but it remains my favorite movie of all time.

Back To The Beach

The movie is a parody on the beach-bum-party movies of the 1960’s. Everyone’s favorite duo, Frankie & Annette, visit their daughter in southern California, and the movie unfolds a trip down memory lane as the cast gets into trouble. Eventually Frankie saves the day by winning a surf contest and everyone celebrates with a bonfire party on the beach. Who doesn’t love a good surf movie?

I think I have always adored the film because even after having watched it more than 20 times it still makes me laugh. Like Peanut Butter & Jelly, it is the perfect combination of Wholesome & Funny. Watching it helps me maintain that fragment of hope that everything turns out alright in the end…even if the coast is eroding out to sea, the ocean is polluted, marine life is disappearing, more fights are settled with guns and bombs than surf competitions, and we’re all afraid of peanut butter because it contains partially hydrogenated oils.

You might be wondering why now was the perfect time for me to create a a painting in tribute to my favorite movie.What sparked the inspiration? The answer…funny enough…is a contest.

No, not a surf contest, but a movie poster making contest. The print company I use hosted the contest. The rules were simple. Choose your favorite movie, design a movie poster, don’t use any existing images from original movie posters, and submit it to win. The prizes varied from money to free printing of your poster. Before reading the fine print I immediately thought of Back to the Beach and drew up a sketch. After the sketch was complete and I was ready to paint I thought I had better read the fine print. The fine print stated that to enter the contest you must live in the continental US. “Of all the random, useless, dumb rules in contest fine print; what is the likelihood that one actually pertains to me?”, I thought to myself.

I wrote the company an email and asked if I could participate since I am a US citizen who is forced to live outside the continental US due to being married to a service member. They replied that they could not make an exception for me. I was super bummed. I was so excited to paint my Back to the Beach collage. I stared at the sketch I’d made for a whole week; as it lay on the floor by my easel with the hunk of wood I had primed to paint it on. It was seven long days before it dawned on me that I didn’t need to participate in the contest to paint it. I could paint it anyway; just for me. I can be such a dum-dum sometimes.

That was about two weeks ago, and here’s the result…a brilliant, almost obnoxious, collage of images and characters from the film. Who doesn’t love a good surf movie poster?