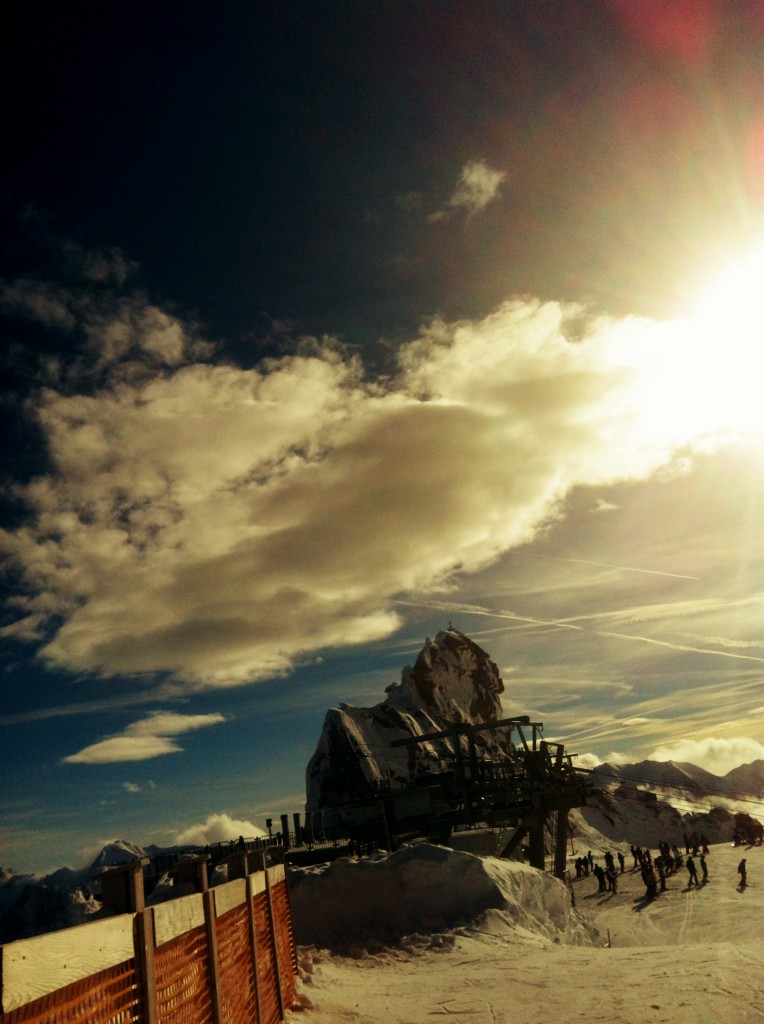 I trust everyone had a fantastic holiday, whether Thanksgiving, Black Friday, Small Business Saturday, The first weekend of Advent, or Cyber Monday were celebrated. And whether you landed yourself in a food coma, maxed out your credit cards, or went snowboarding (like me) I trust you lived the weekend to the fullest.

We had a friend come along on this trip with us, and I’m pretty sure his thank meter got maxed. He traded family for Phil and Sarah, he traded turkey for sausage, red beans, and cabbage, and he traded a food coma for a concussion. We showed him what snowboarding was about and Thanksgiving was epic, for all of us. As much as Phil and I enjoy our time in the mountains together, it is always nice to bring someone new along and introduce them to our world.

For this article we’ll call our friend Gator. Without using his real name I protect his innocence. Gator is from Florida, born and raised. He’d never seen snow, not even one single snowflake, not until November 27th, 2014. His first impression… It’s colder than I thought, and not as light and fluffy.

He does now. And like any winter sports enthusiast, whether wet behind the ears or dry and crusty with a beard and two different color ski gloves, he’ll be back for more. 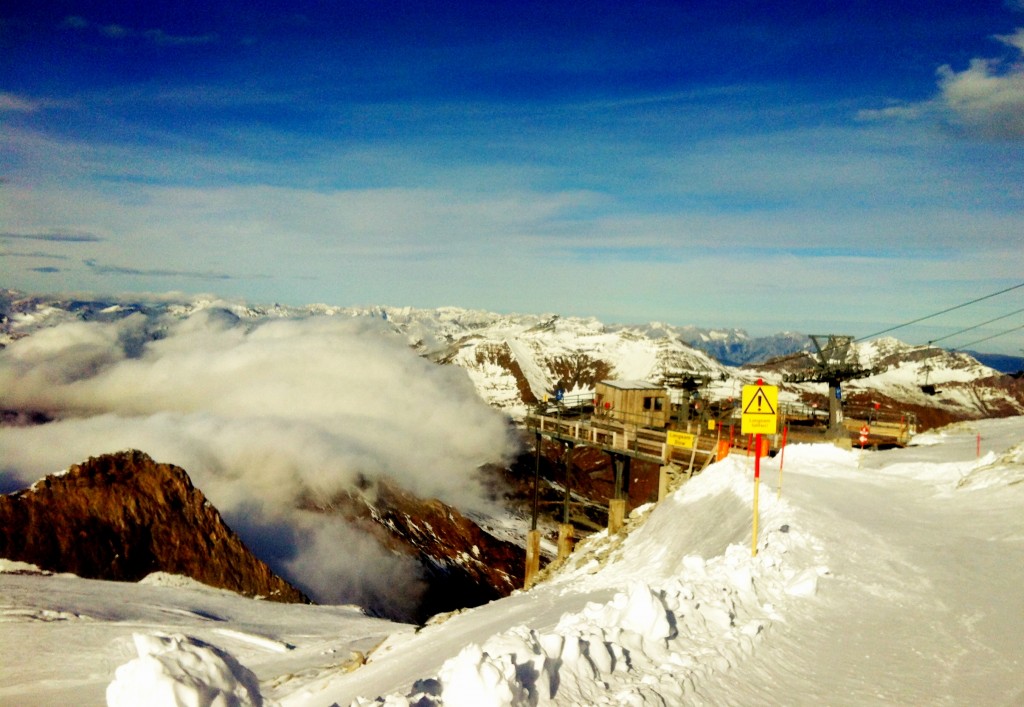 As unique, and special, as every moment of this trip seemed to be we thoroughly enjoyed ourselves just like any other snowboard trip. We had some good weather times and we had some bad weather times. One day it’s sunny and you’re sweating through your jacket, and the next day you’re socked-in. Literally. There’s white all around you. You might as well be in a brand new tube sock. The snow conditions followed the same erratic patterns of the weather. We had some deeper, fluffier snow that you could spread nicely like butter on toast. But we also found some icy spots too, like scraping a dry butter knife over hard, stale, burnt toast. Luckily for Phil and I we’ve ridden through it all and know that we like it anyway that we can get it. Luckily for Gator, he didn’t know the difference, so he took it as he got it. 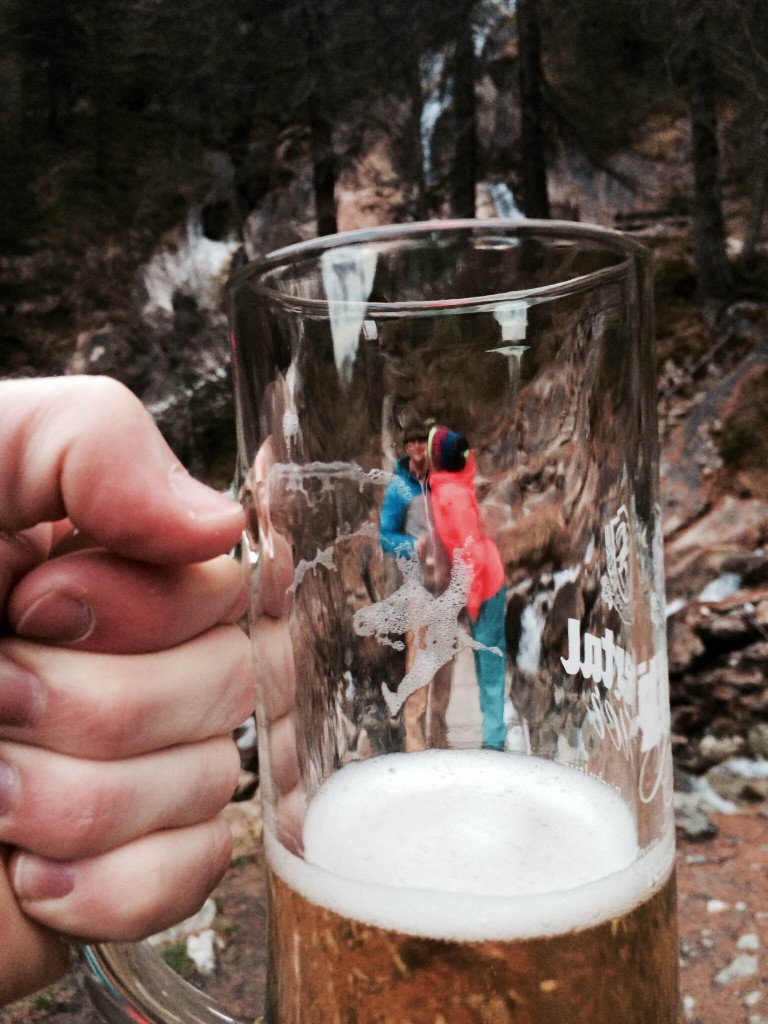 There was one late hour in the day however, that we all found to be a little more special than the rest. It was an hour that normally doesn’t find itself in a ski weekend. In fact, I’d go as far to say that we had ourselves a bit of an Alice in Wonderland moment in Hintertux. We were in the middle of après-skiing when we decided to go exploring. These are the things you can do in Austria. You can stroll up to an outside bar, order a couple of beers, and walk off, beers in hand, with no one questioning your motives or judgment. They don’t babysit in Austria.

The snow began at an altitude of 7,800 feet. Any area below this altitude was still as green as ever. From the lowest gondola we had spotted a waterfall on the mountainside with a couple of stone huts and wooden bridges, looking very much like a scene from a fairytale. We were intrigued by the setting and felt that we still had enough energy for a bit more exploring. So, beers in hand, we hiked to the falls, peaking around the corners of the footpath not yet hidden by winter white, feeling alone and very far from civilization. (even though it was only 300 meters away) The woodland space felt like a sanctuary. The sign posted read natural monument. Phil found a tiny wooden box on top of some rocks labeled Stempelstelle. Apprehensive to open it, Phil asked what it meant. I interpreted the label to mean a place for you to leave your stamp. We assumed that what ever the contents of the box might be, it couldn’t be too horrifying, so we opened it. Instead of finding a collection of marks left by wanderers, we found an inkpad and a stamp so that this moment could leave its stamp on us. 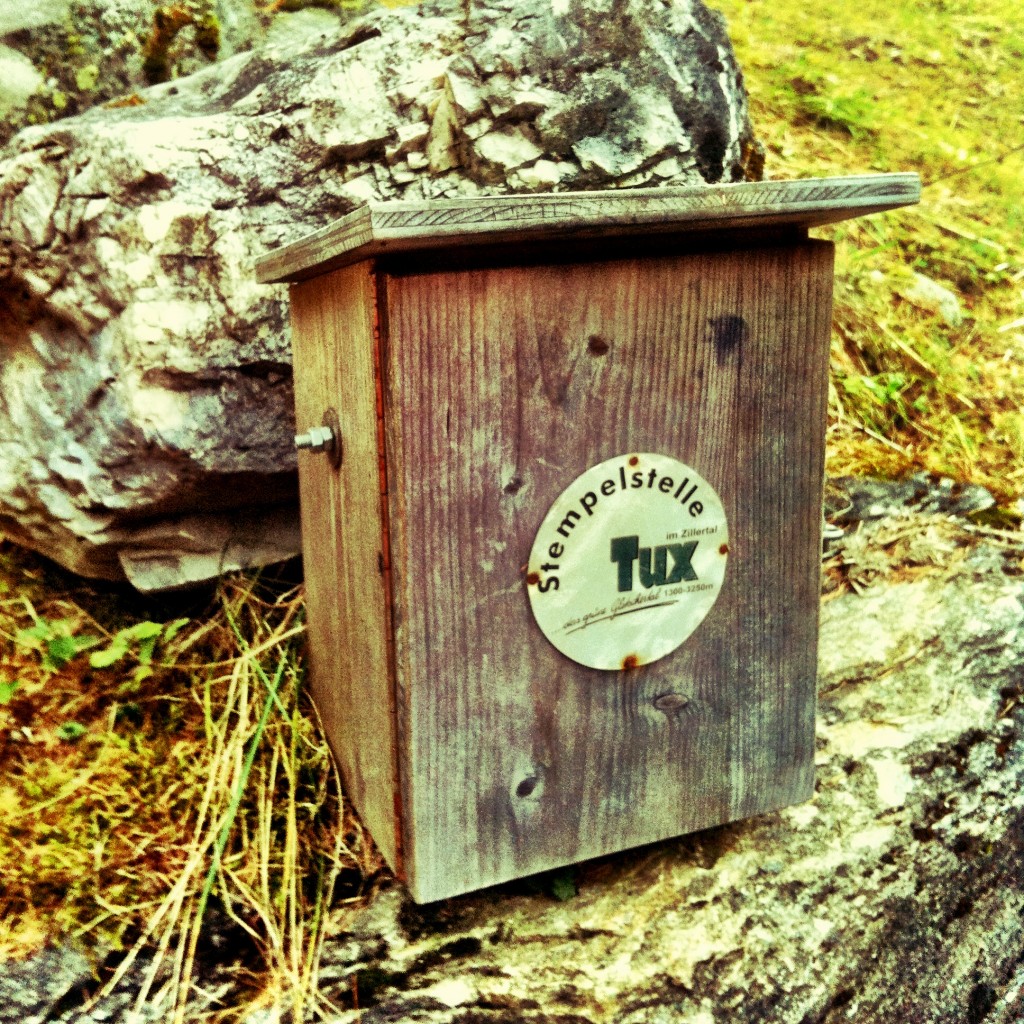 Have you ever seen a stamp in a box on a nature trail?

I was charmed. We all were. Grown adults, mentally whisked away; we eagerly stamped our hands and held them together in admiration. Three days later there are still remains of the stamp on our hands, and I think we’re secretly a little proud of it. We’re like super-dorks that found the next level and the hidden bonus points. 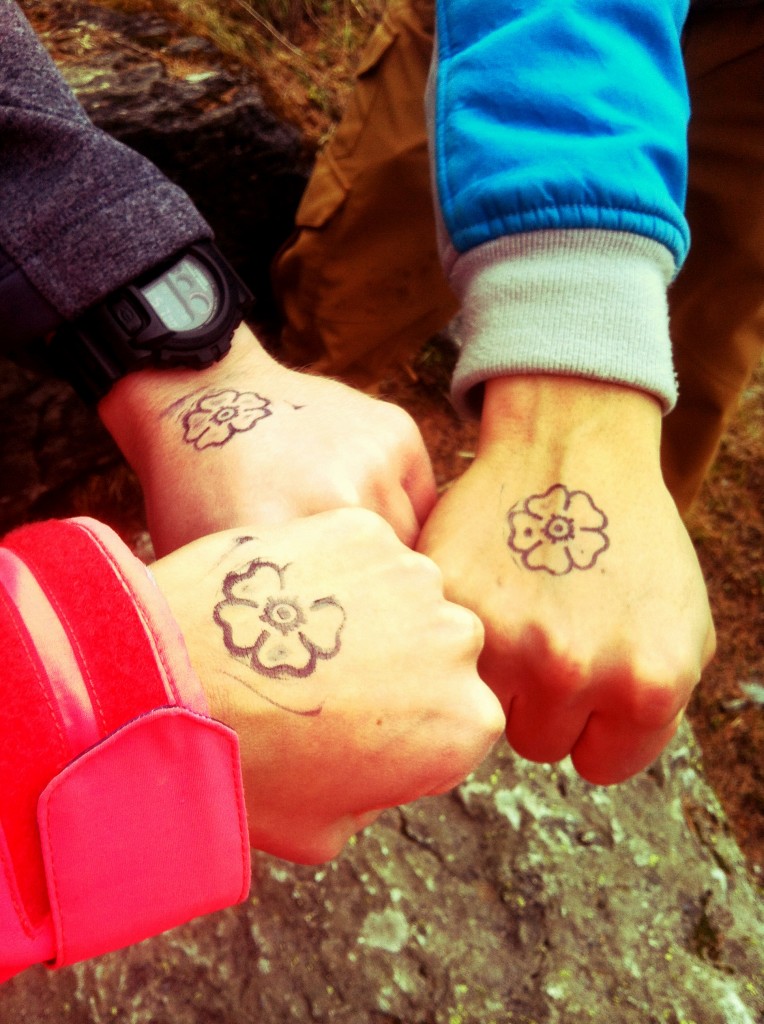 Once back on planet snowboard trip we continued our normal festivities of riding our snowboards, soaking up the atmosphere, enjoying the mountains, and going to bed by 8:00 pm. I know it sounds simple enough, but, in all sincerity, it really requires an extreme amount of energy. As our friend Gator soon learned, we get this energy from different places.

In order for Gator to become familiar with this new culture and lifestyle, Phil made him watch a ton of snowboarding videos. Poor guy. I’m not sure if he spent more time in front of Phil’s laptop this weekend or on the mountain. Just kidding. I think we all know that isn’t quite true. But what goes better with a cup of coffee or a can of Stiegl in a mountain top apartment than Halldór Helgason in Never Not Part One?

The video inspiration is absorbed just after you wake up and just before you go to bed. This energy is maintained throughout the day with encouragement from friends and thoughts of the afternoon’s celebration of hard work, otherwise known as The Après Ski. Early season in Hintertux there is only one place to continue the stoke. This is Tenne Ski House. As I’ve stated earlier, it’s never just another ski trip. And likewise, it’s never just another Après Bar. The playlist is the same but the party is always different. I have a love-hate relationship with the Austrian Après playlist. I’m not going to download it on my iphone, but there is something charming about a bunch of songs with lyrics about winter and skiing being shouted (not sung) over repetitive dance beats. This is particularly so when there is a room packed full of people dancing and singing the tunes with their ski boots still on their feet and their beers in their hands. The Tenne dance bar looks like an oversized mountain cabin, made of wood, with multiple balconies, antique climbing and ski gear hanging from every rafter, goat heads mounted on the walls, chandeliers, disco balls, $3,500.00 bottles of champagne, an afternoon DJ, and more sweaty gapers than you can fit in one afternoon.

Can’t wait ‘til next time.