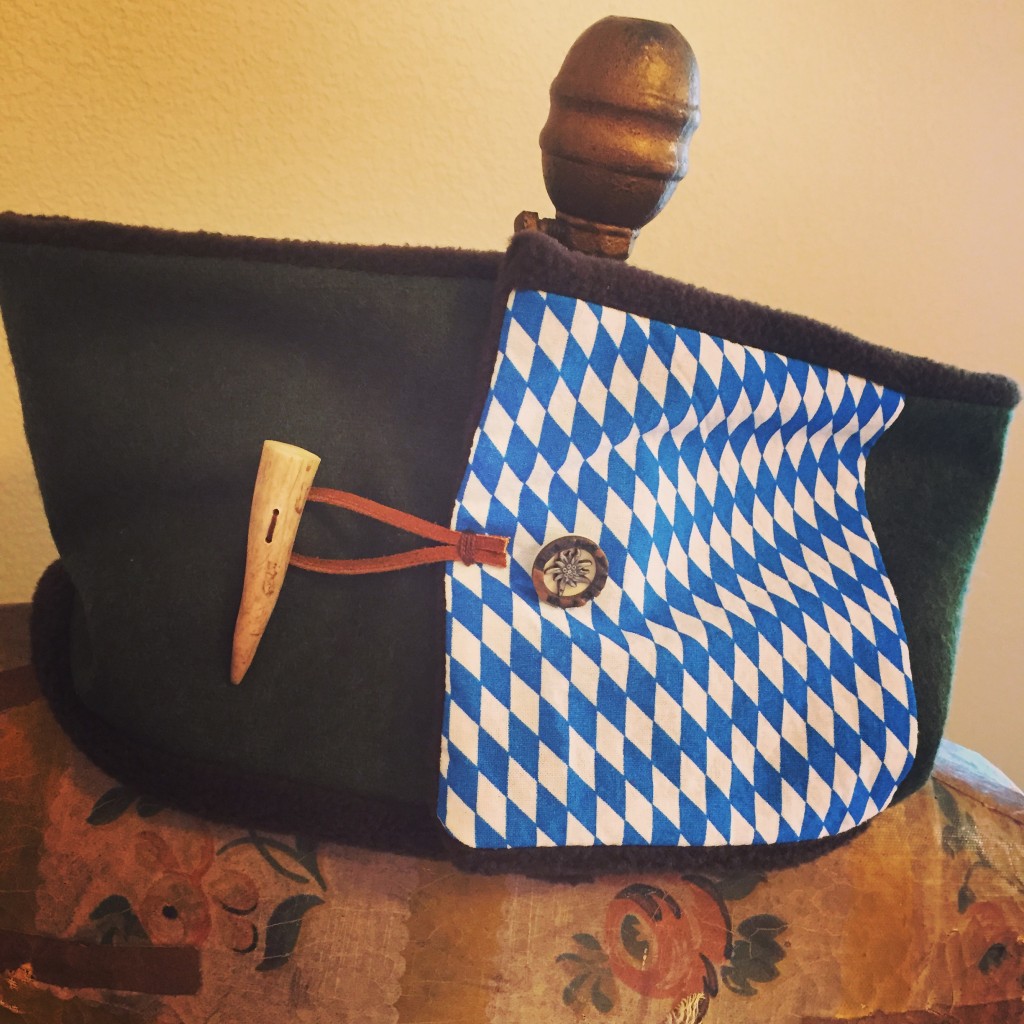 It’s been almost three months since we left Germany. And while there are many things that we enjoy about our new home in El Paso, it just isn’t the same. (That is probably the grossest understatement I have ever typed.) So I was delighted to hear from an old friend in Germany that wanted one of my Bavarian scarves for her husband. They are members of the German-American Club. They thought their fellow club members would get a kick out of such a fine, German-inspired, fashion accessory made by an American…an American that obviously loves Germany.

For this gentleman’s scarf I kept it simple, but included all of the major components of Bavarian style. I used Löden fabric, which is a centuries-old style of tightly woven wool traditionally found in the forest green hue. I paired it with a swatch of bavarian print woven cotton. This print of white and blue diamonds is synonymous with the southern region of Germany and is said to have been inspired by it’s large blue skies filled with delicate, fluffy white clouds. (When it’s not foggy or overcast of course.) The button on the scarf is a toggle that I made from deer antler. The scarf loop is leather, and it has an accent button featuring the famous edelweiss flower. For added warmth the scarf is lined with fleece.

And that’s a men’s Bavarian scarf.

Of course my friend also could not resist getting one more scarf for herself as well.

The holidays have come and gone. And as we all know it’s an absolute blur, no matter which of them you celebrate. In their passing, my dear friend noticed her collection was missing a Florida Scarf holiday edition. So she quickly put that on her order as well.

This is a light, but warm…and oh-so-soft…holiday scarf that can be brought into play from Thanksgiving to Valentine’s Day. It’s velvet paired with synthetic fur. It has an antique decorative button to add sparkle, and a large cream mosaic-style button to fasten it around the neck. 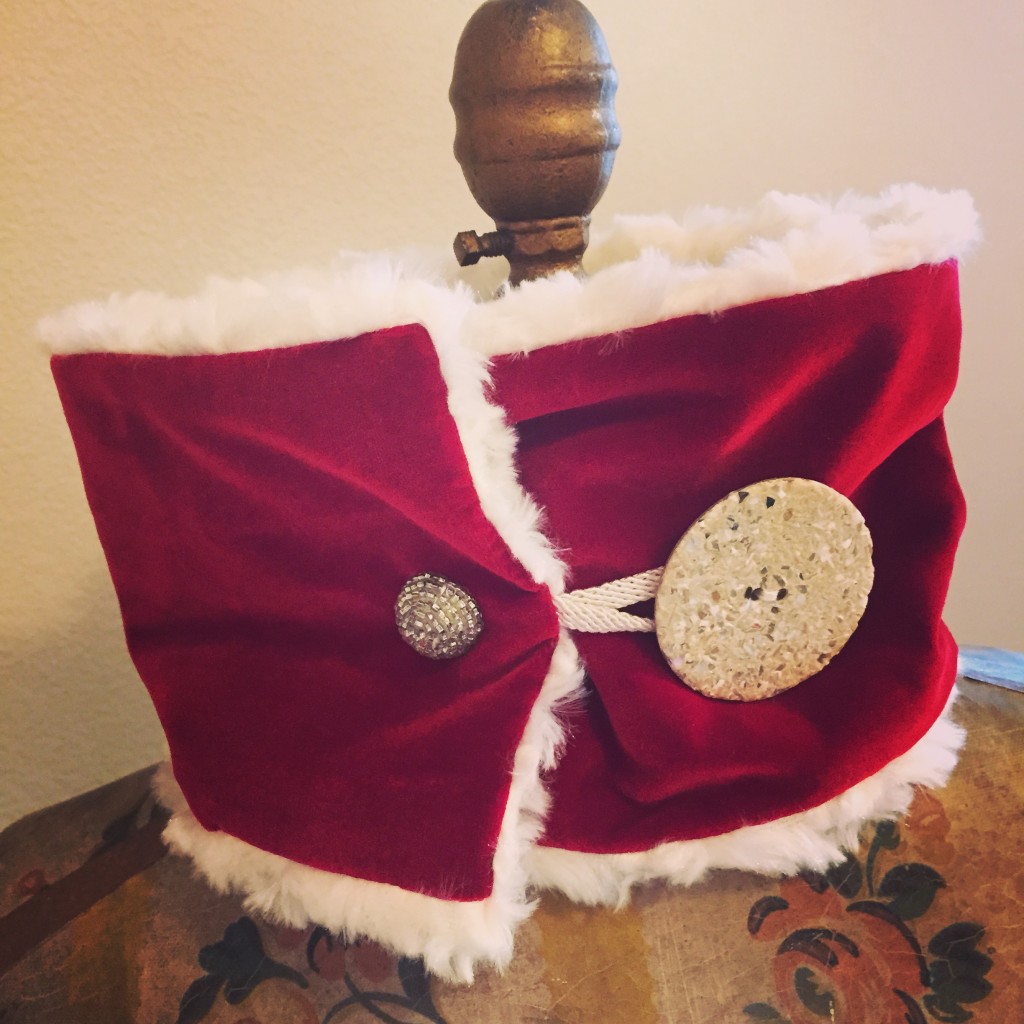