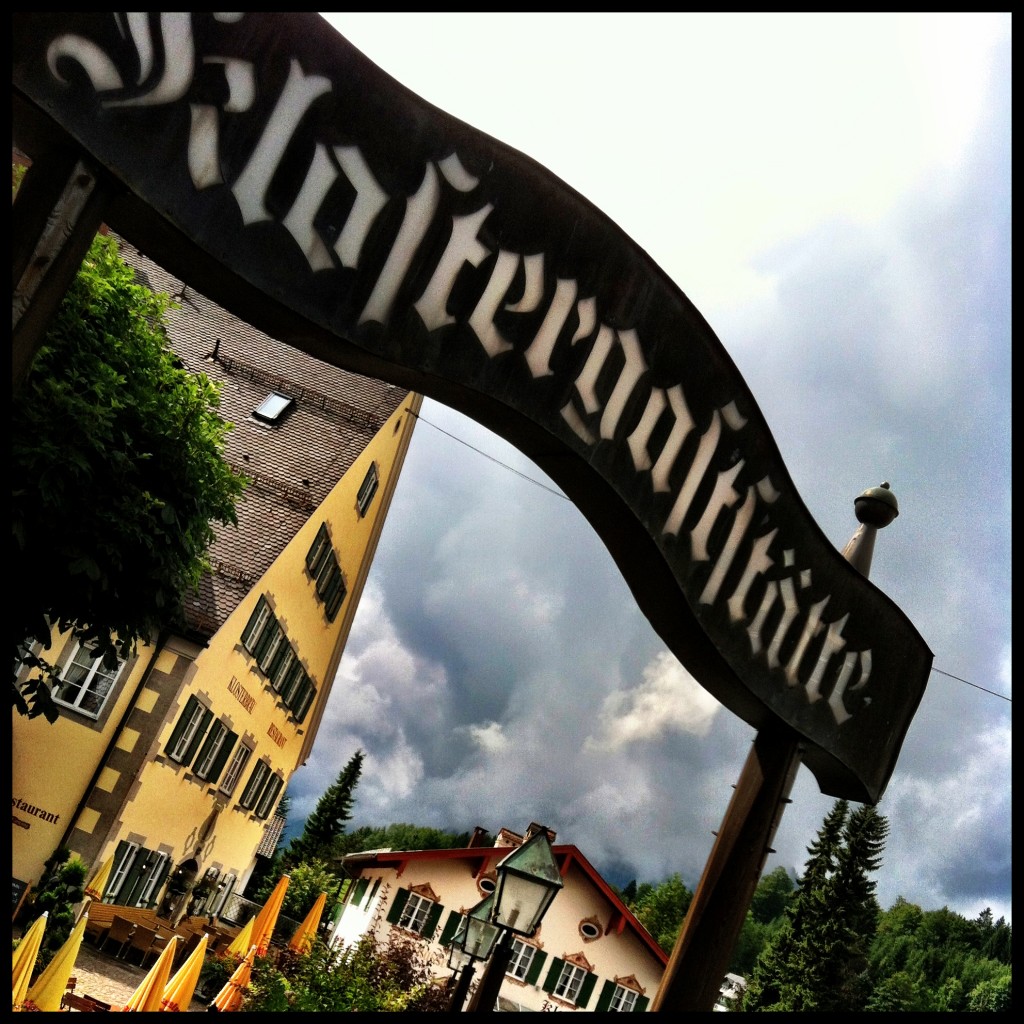 As you may have read, I went camping in the Alps two weeks ago. The trip was absolutely fabulous…riddled with highlights! In addition to the details I have already written about, you might guess that another trip-favorite for me was the beer. I realize, as I type, that this information will come as no surprise to you. In the southern Bavarian Alps, I found some of the best beer I have drank in Germany yet. Not only did we stumble on a great beer store that had a killer selection, but we also visited the town of Ettal which has a monastery with the monks brewing the beer. 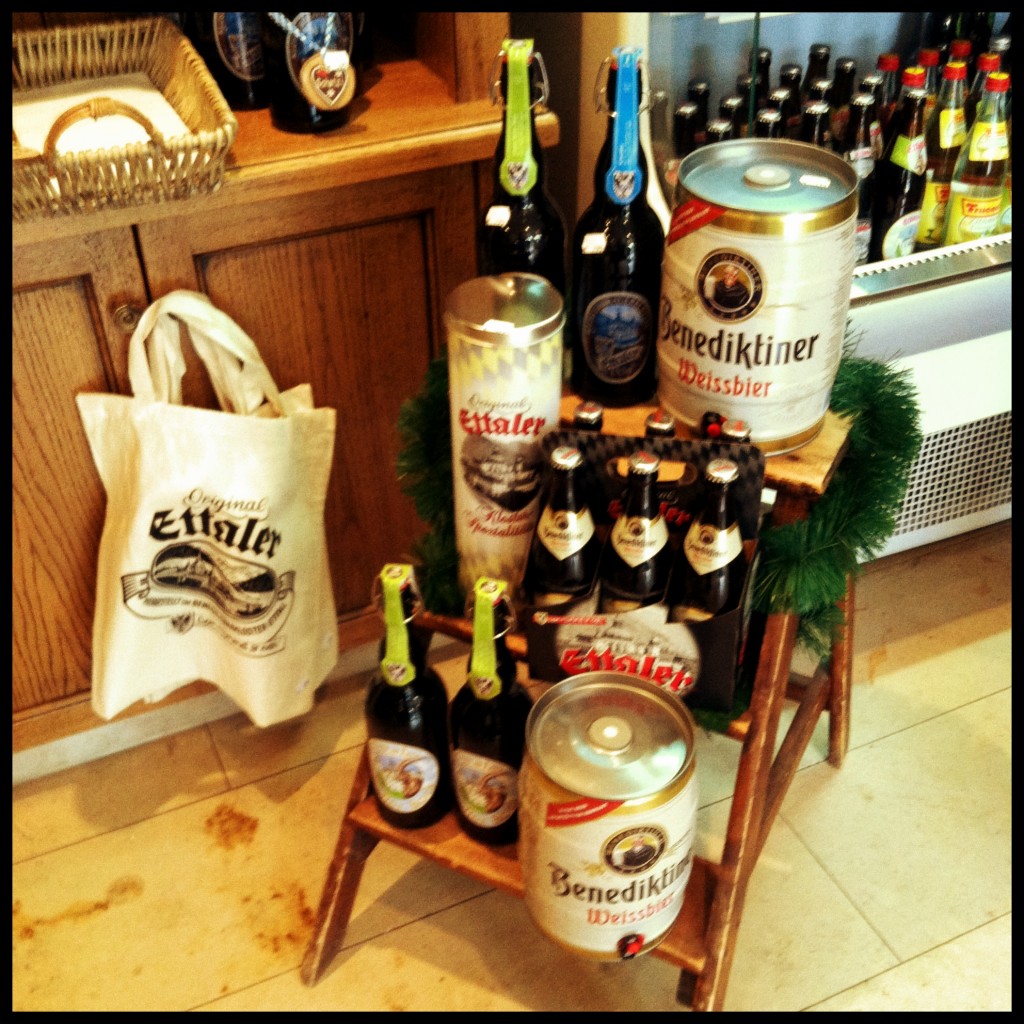 Monastary Ettal Gift Shop
Like most Bavarian towns, Ettal is picture perfect. The town of Ettal is known for its church and its beer. The church was made by the crazy King Ludwig IV. He is also responsible for all of the ostentatious castles that nearly bankrupted Bavaria in the 17th century. Maybe you can see why… 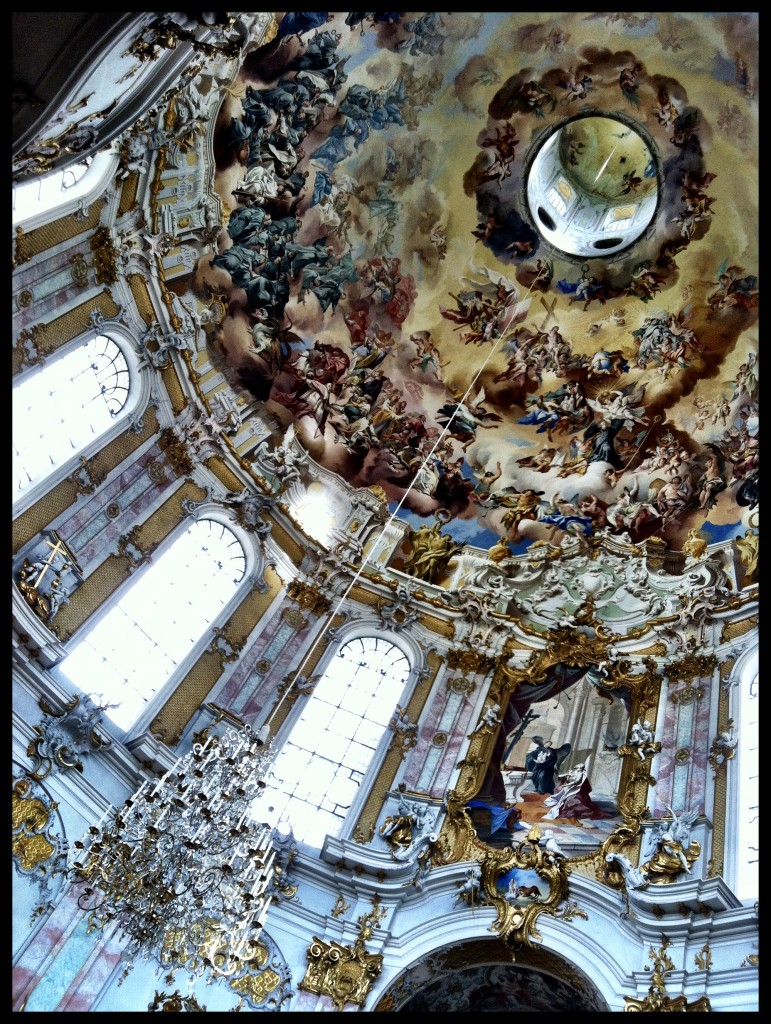 This is the inside of the church. King Ludwig, as you can see, had a flair for flair.

The Monastery Ettal has large, castle-like grounds. This is because all of the abbey’s undertakings happen on site. The businesses of the monastery were begun to maintain the abbey and assist the town. They have a brewery, a hotel, a restaurant, an agricultural business, and distillery. Klosterbrauerei Ettal is one of the very last remaining authentic German monastic breweries still operated and managed by its “true” owners, the monks of the Holy Rule of St.Benedict since the year 1330. The Ettaler brewery still operates based on monastic principles in both its brewing tradition and commerce. The monks do all the work themselves.

We stopped at Ettal on our way home from Oberammergau. I call Oberammergau a mural town. It was made famous by it’s extremely-talented woodcarvers, but my favorite feature of the town is all its ornately painted buildings. In Germany (and Austria) this form of painting is known as luft malerei. Others might know it as trumpe l’oeil. Most houses (and businesses) have detailed borders and shutters painted around their windows. Some even have subjects from the bible, or everyday life, depicted on their facades. It’s gorgeous. I’d imagine the up-keep must be pretty intense. 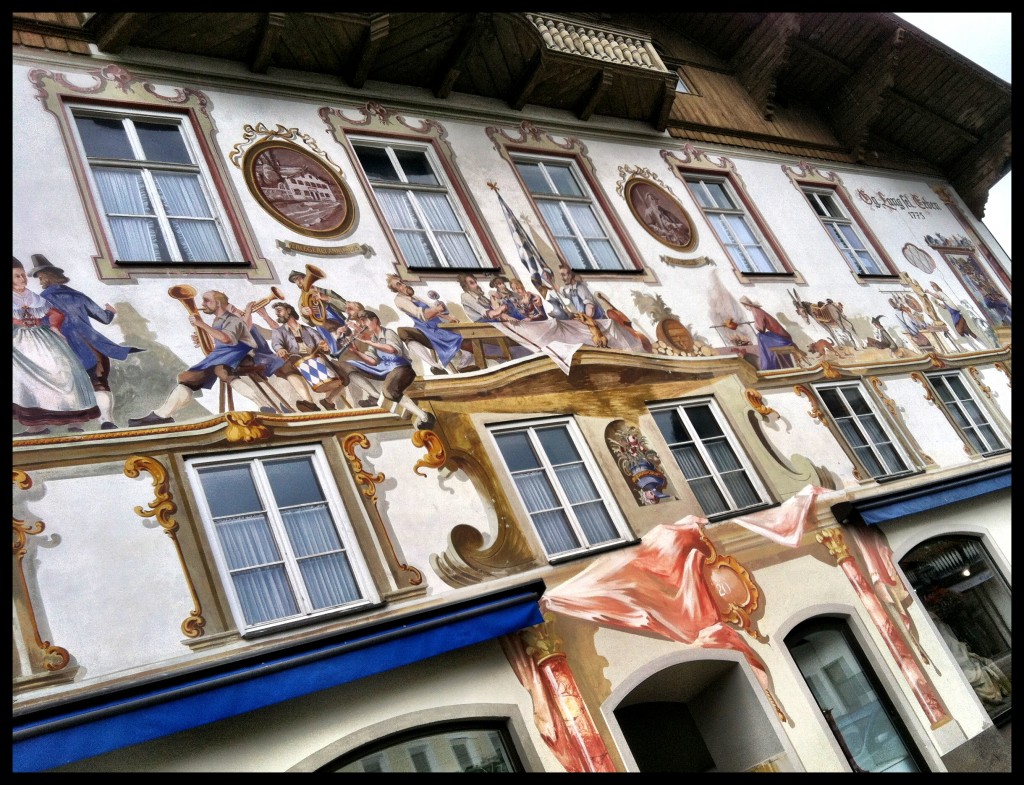 The other spot where we drank some great beer was at our campsite. I always prefer this of course, because I can have more than one since I’m not going anywhere. Normally we buy our beer in a supermarket. (This is normal if you live anywhere in the world other than New Jersey.) On this occasion, however, we went to a drink market. Their selection was awesome. I didn’t know what to pick. I was bouncing around the isles. In the end we settled on four different beers. Germany has long been known for it’s small breweries producing quality beer locally. Over time this tradition has given way to industrialization (a bit) in order to meet growing demands. What I seem to be finding is that I could care less for the Paulener and the Tucher. The real gems are the Reutburgers, the Andechs, and the Scheyerns. They are the oldest breweries in the world and they still brew and distribute locally. They are the breweries that don’t have enormous tents at Oktoberfest.

On the Saturday-into-Sunday of our camping trip we got rained out, but some fabulous creativity was born out of it. We had our crate of empty beers sitting out in the rain. Because all of the bottles were getting soaked their labels were sliding right off. I thought some of the labels were interesting so I rescued them and dried them in the car. I brought them home and glued them on to stationary; thus making German-regional-beer-bottle-label Greeting Cards….rare images from rare beer. I thought I was pretty clever. 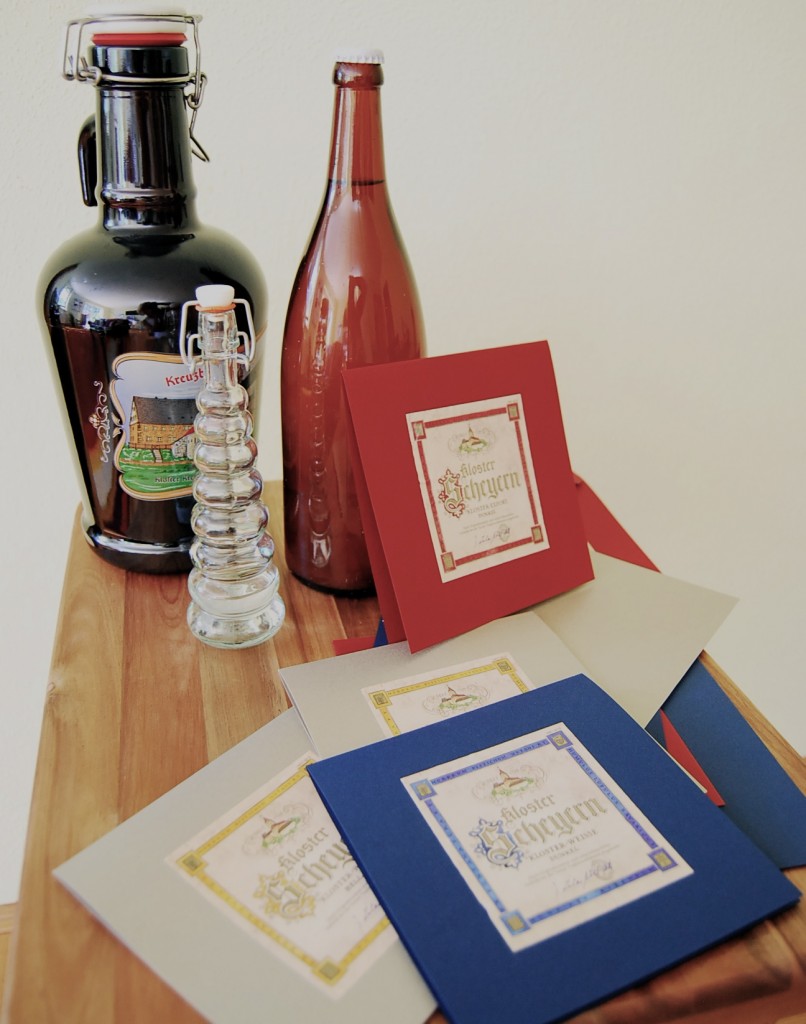 It’s a unique greeting card that could only be produced by someone with access to the beer….and my access is granted. These are now for sale in my Etsy Shop. If there’s a market (and I hope there is) I plan on exploring beer markets, beers, and saving their labels.

In case you haven’t noticed, I’ve been finding Germany pretty darn inspirational. Here’s some of my recent German scarves.

I’ve got more on the way. These next ones have real Alpine inspiration.